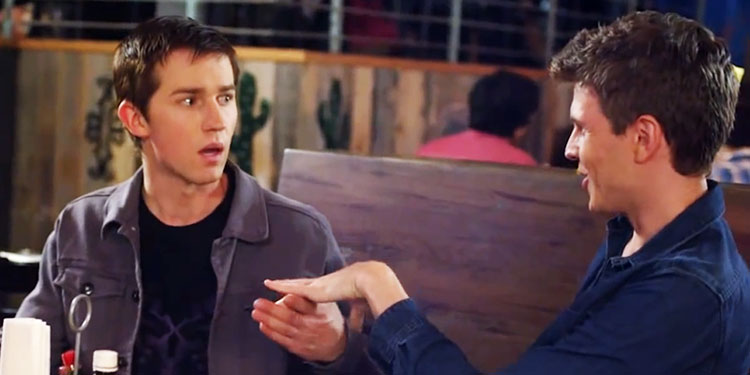 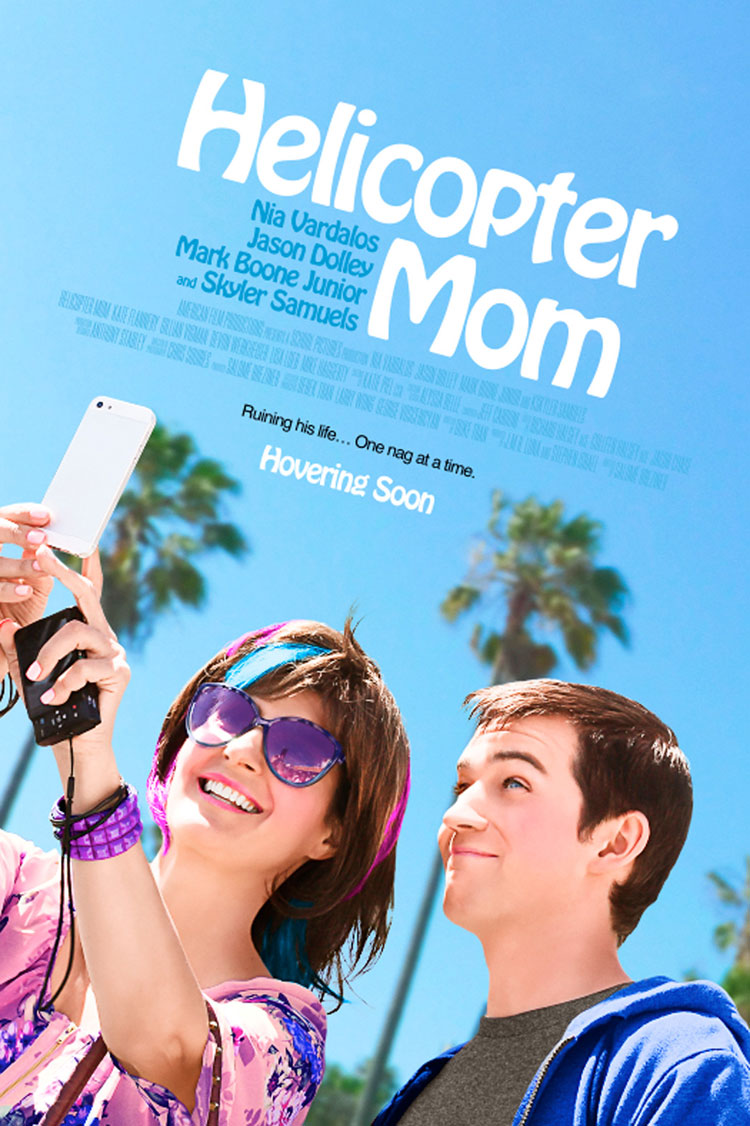 Maggie, a single mother in the US, is terrified of losing her only son Lloyd when he graduates and moves away to college, and so does her best to control his life as much as possible before he goes. Lloyd, played to nonplussed and eventually exasperated perfection by Jason Dolley, pushes back as she hangs on tighter, and when she realises the only way her beloved son can afford to attend college is with a minority scholarship, she outs him as gay to the whole school in order to apply. The only problem being that Lloyd doesn’t really know whether he’s gay or not, and of course his mother won’t listen.

The term ‘Helicopter Mom’ comes from the behaviour of certain parents who are always hovering over their children, never letting them find their own way without being told what to do. Cue a dozen cringe moments along the lines of the hit American pie series, without the gross-out factor. (The closest this movie gets to gross-out are the overly-tight outfits and youthful hair on Nia Vardalos as she gives a delightfully manic performance as Maggie.)

As the movie goes on, it stops being  quite as silly and takes on a darker tone; the viewer begins to feel quite sorry for the mother, Maggie, and her son Lloyd as this overwhelming sense of loneliness and fear of loss of her only child slowly takes over her life and so she takes over his, making him want to escape even more.

It’s fun, but it’s not without some pathos that helps to keep the whole shebang grounded; the level of overbearingness and mild insanity in Vadalos’ Maggie, makes it rather surprising to the viewer that Lloyd has turned out as balanced and level-headed as he has. One can’t help but think that in reality he’d be a little more messed up than he seems to be.

Rather than have his hovering parent out him and have him either accept that or rebel and become staunchly straight, Lloyd’s unwillingness to be drawn on his sexuality is a brave move for a movie such as this to make and it pays off with the message to be that these things come in their own time, and that forcing things one way or the other isn’t helpful.

It’s sweet, it’s fun, it gets a bit dark but the characters are believable and there are no weak performances. In fact, there’s no weak link of any kind here – all the parts are in place for a fun, uplifting comedy that underlines the message that sexuality is a personal thing, not to be decided by anyone other than the one it affects. It might even make the viewer more grateful for the parents they have!

Overall Verdict: Worth a watch, but don’t take your mum in case she starts taking notes.