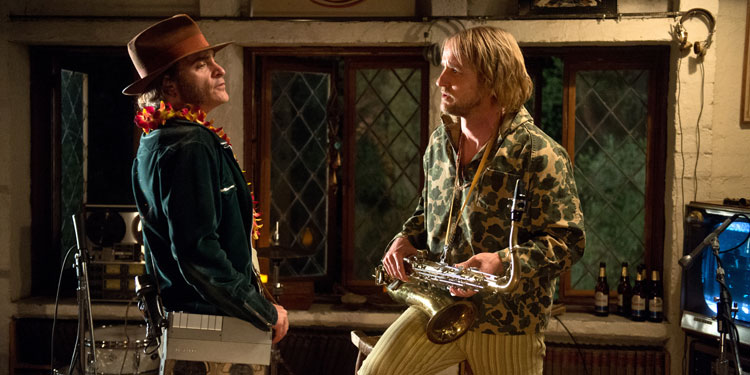 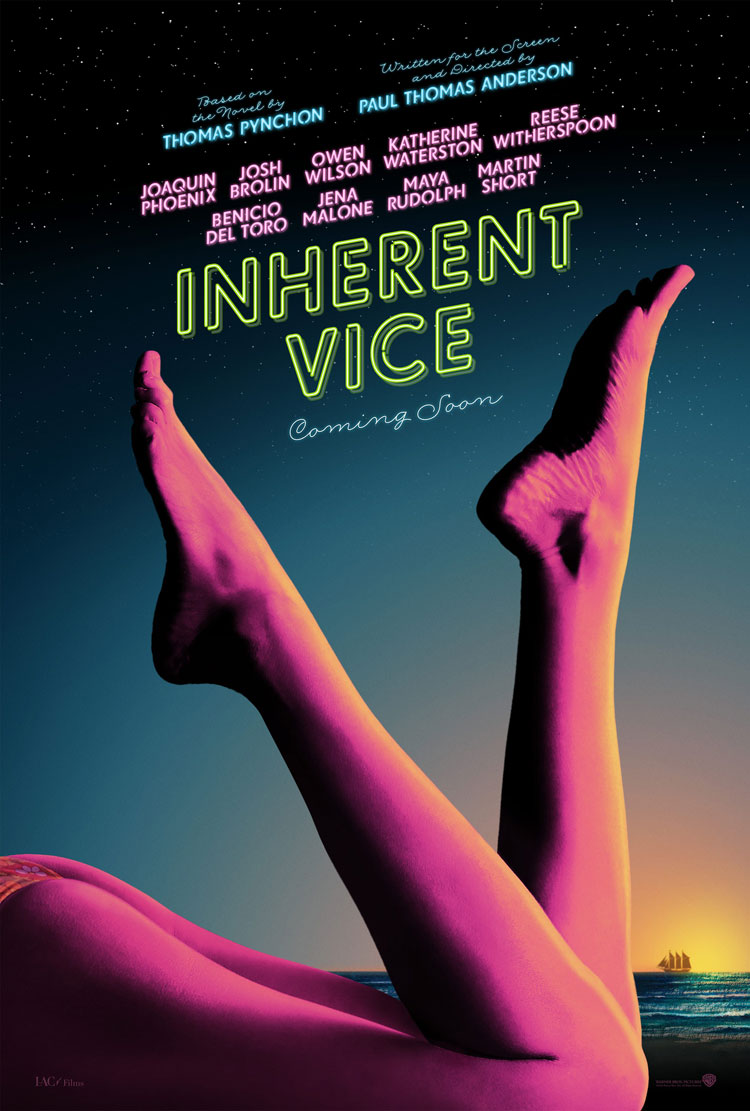 If you demand coherent plots and comprehensible dialogue from your movies, look away now. There is not one scene of Anderson’s sprawling behemoth of a movie that makes any sense whatsoever. It’s a stoned, fug-smoked, labyrinth of a film noir that takes pleasure in its baffling structure and dares you to go along with it. Frankly after an hour it’s too much effort, and the pleasure switches in watching great actors revelling in show-off roles soaked in dreamy Californian sunshine.

Taking most of its cues from Robert Altman’s equally baffling Long Goodbye it has all the elements of film noir, although, as Eric Morecambe once famously said, not necessarily in the right order. Phoenix is the stoned private eye, who is lured out of his drug-soaked slump to investigate the case of a disappeared land owner by his ex-girlfriend. It’s not worth saying much more about the plot to be honest, as it is merely a device to send Phoenix around LA on a series of wild goose chases, meeting porno stars, bent lawyers, straight cops (Josh Brolin), junkie sax players (Owen Wilson), and many more.

Adapting Thomas Pynchon’s novel was always going to be a huge ask, and Anderson has clearly taken every element of the book and tried, however hard, to squeeze it into the story somewhere. The result is a tale that is impossible to follow – even our hero Phoenix seems to be singularly failing to follow it all – resorting to a beer or a toke rather than doing anything about it. Even a scene where he has lunch with Benicio del Toro seems wilfully obscure, their order, written down happily by the waitress,  feature no fish, vegetable or drink that I have heard of. Perhaps that’s the point.

Phoenix, with his denim jacket, sideburns, reddened eyes and puzzled expression, weaves his way through a succession of classic noir set pieces with Neil Young playing in his head. There is a bizarre sex scene, a break in to a cult, a lesbian massage parlour, and a punch up with the investigating officer.  It’s all bizarre and much of it is intriguing, but it’s doesn’t really come together into a single whole.

Overall Verdict: Inherent Vice is a film that will divide opinion, and may even see more than its fair share of walkouts. For the determined it has its rewards, but frankly it would have made a great 10-part TV serial rather than the sprawling mess we have here, which tries the patience to snapping point. It’s certainly no There Will Be Blood, but at least Anderson is trying to do something different. Even if that has been done before.