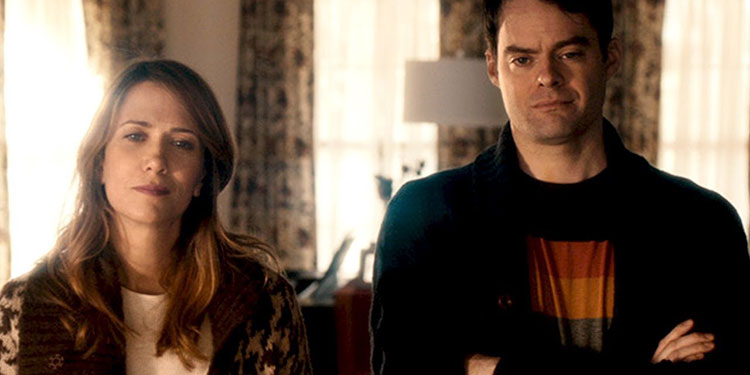 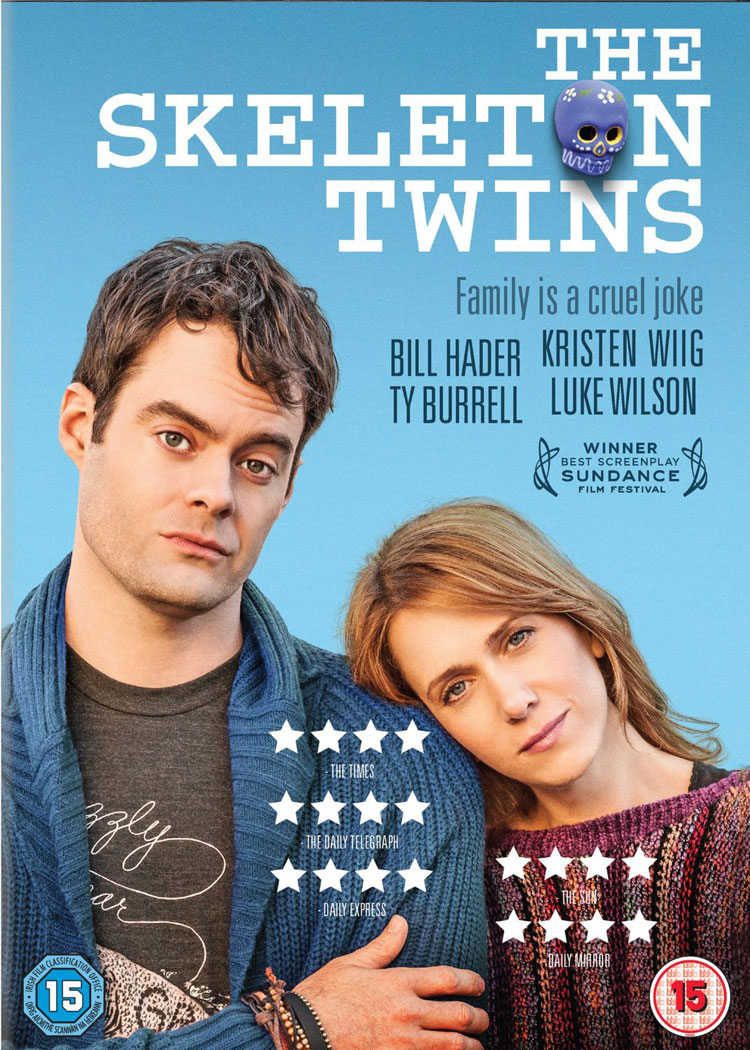 Hader and Wiig are twins Milo and Maggie who aren’t completely estranged but have severely drifted apart after he left for LA to become an actor. Things aren’t going to well though, as the movie opens with Maggie narrowly escaping death and Milo attempting suicide. He heads back to their hometown to stay with Maggie and try to start over, but they soon discover that reuniting isn’t easy and that neither of them is in a place in their lives where they feel they should be.

Milo also discovers he can’t just start back up where he left off in his old hometown, as when he goes to see his old boyfriend (Ty Burrell) he doesn’t get the welcome he was hoping for – and there may be a whole load of baggage neither Milo nor Maggie has dealt with surrounding that. Maggie meanwhile has a loving if dull husband (Luke Wilson) and feels rather stuck. While she continually tries new things, nothing gives her the sense of adventure she is hoping for, until a massive complication arises in the form of her scuba teacher (Boyd Holbrook), who she can’t deny she’s attracted to.

Hader and Wiig are wonderful in The Skeleton Twins, showing acting chops that go far beyond anything they displayed on SNL, and with Hader showing that he can play gay far beyond the king of homo stereotypes that was Stephone.

In fact it’s a good job they’re there, as while the script and dialogue are well written, The Skeleton Twin hits an parade of indie dramedy clichés as it goes along. It mainly feels like that when dealing with how people end up the way they are, suggesting people’s entire personalities are formed from a few childhood events and an inevitable hippy yet distant mother. It also seems to treat suicide as something slightly melancholic people might try one day if they’re feeling a bit extra glum, which again far too many indie movies do (even if it tries to go deeper than that with a last-minute revelation and a drastic realisation by Maggie).

However when the film sticks to the prickly relationship between Maggie and Milo it’s extremely good, presenting them as two extremely flawed people who undoubtedly love one another and desperately want to be able to rely on one another like they did when they were kids, but whose baggage makes it extremely difficult.

While there are moments with Hader where you can feel the movie straining towards gay cliché, it wisely pulls itself back. Even the molestation angle, which threatens to feel like a cheap and easy out for the movie’s melancholic histrionics, is given extra power by what it represents to Milo as much as the actual events of the past.

With a bit of extra thought and less of a reliance on ticking the indie boxes, this could have been a real awards contenders – indeed in other years I wouldn’t have been shocked if either Hader or Wiig had got a surprise, outsider Oscar nom. I really do hope though that a lot of indie filmmakers can realise that the things that felt like they were more ‘real’ and railing against the mainstream 20 years now feel oddly mainstream and rather formulaic themselves. It’s not that there’s intrinsically anything wrong with them, but it does feel like we’ve been here before.

Overall Verdict: Brilliant performances by Hader and Wiig along with a dark but sometimes very funny sense of humour help cover up the fact that underneath it all are a lot of slightly stale indie movie chsetnuts.