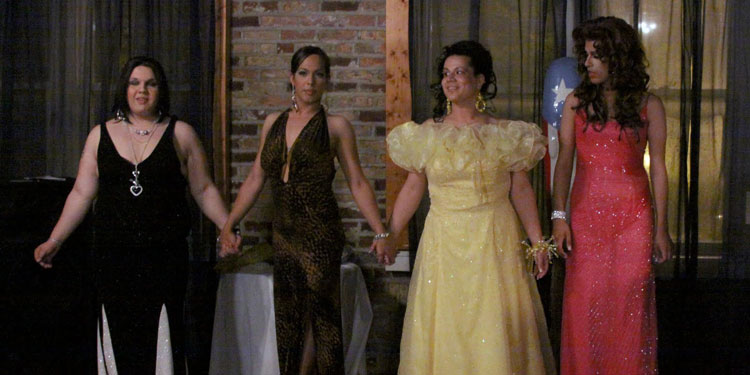 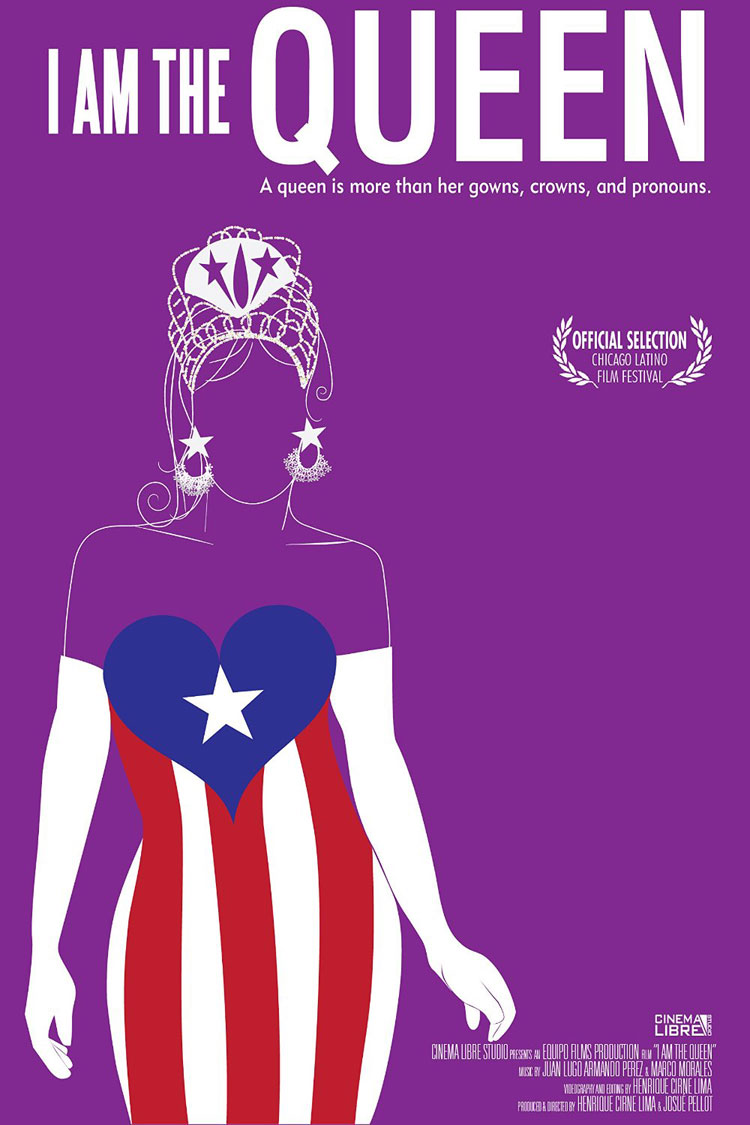 Set in Chicago’s Humboldt Park neighbourhood, I Am The Queen follows three transgender contestants taking part in an annual drag/trans beauty pageant held for those of Puerto Rican heritage. To be honest though, the Beauty Pageant is more of a framing device for a look into the lives of Jolizza, Julissa and Bianca, three young transgender women and the difficulties they face.

The documentary reveals a complex picture, ensuring that it goes beyond the women themselves to see how their transition has affected their parents and family. It certainly doesn’t make things look easy, especially for women of their age, as their gender identity comes on top of the typical teenage/young adult emotions and confusion, which unsurprisingly ensures they don’t always make the best choices. Likewise, it’s a time when they need the support of their family the most, but that is a challenge for all of them to a greater or lesser extent.

The film is fairly non-judgemental about this, allowing the parents to talk about their own journey to accepting their son is actually a daughter, as well showing that parents may not be perfect people and that they too may make the wrong choices, but not purely because they are evil.

This wider picture is important as otherwise the less judicious viewer may have felt that some of the women are annoying, attention seeking and their own worst enemy. However, by showing their families, their neighbourhood and the story of how they got there, you begin to understand why they may feel attack is the best defence, and that some of their ‘negative’ qualities are actually defence mechanisms, where you can see why they feel is makes sense.

The film also makes a case for the importance of having strong support networks around you, preferably from family, due to the danger of people turning to the wrong places for support. There certainly seems to be a contrast between the strong support Bianca has gotten, where things may not have been perfect but familial love has ensured they’ve stayed together, with the more fractured families of Jolizza and Julissa, where you can understand why they don’t feel they have a family they can rely on.

The three main women do seem to be a series of contrasts – undoubtedly strong but in some ways pretty immature, keen to say they don’t need others’ approval of their ‘lifestyle’ but also appear to need people to see them living that life for validation. Of course they’re not all the same and each faces different issues, but it’s certainly not been a straightforward path for any of them.

I Am The Queen is undoubtedly a snapshot of these people’s lives and it would be fascinating to catch up with them a few years later and see where they are as slightly older women. Will the difficulties of their childhood and young adulthood have left scars that are still visible, or will they have managed to fully transcend that?

In the film you can also see how society endlessly compounds the problems transgender people face, such as that issues at school can limit their educational attainment, which then makes it more difficult for them in the workplace – it is evidence that transgender prejudice isn’t just about being called names and the threat of violence, but also the lifelong limits it can place on other parts of your life, unless you can overcome them. You can see the women trying to ensure issues such as this don’t constrain them, and you hope they don’t, but it’s also difficult not to feel that they shouldn’t have to deal with.

More intractable is the issue with the acceptance of families, as having a transgender child is undoubtedly one of those things that will take even a fairly liberal parent some time to fully accept, but they are likely to find out at the moment their child is most vulnerable and in need of support.

I Am The Queen is an interesting look at these issues, especially as faced by young trans women, where it would be difficult enough being that age without having to face societal, familial and other issues involving transgender prejudice that they can’t control. You can certainly begin to understand the importance of something like a Beauty Pageant to them, not just as a way to feel accepted as a woman, but also to be able to stand up proudly and face the world head on.

Overall Verdict: I Am The Queen is an interesting, sometimes challenging documentary about three women who it might seem easy to dismiss or roll your eyes at in other circumstances, but who are more complex and dealing with bigger issues than we may often like to realise.