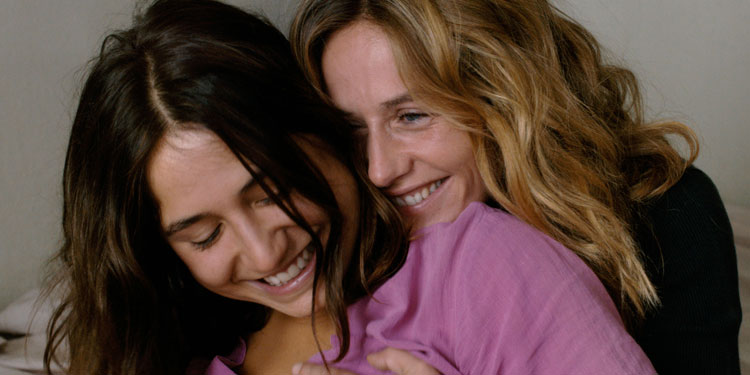 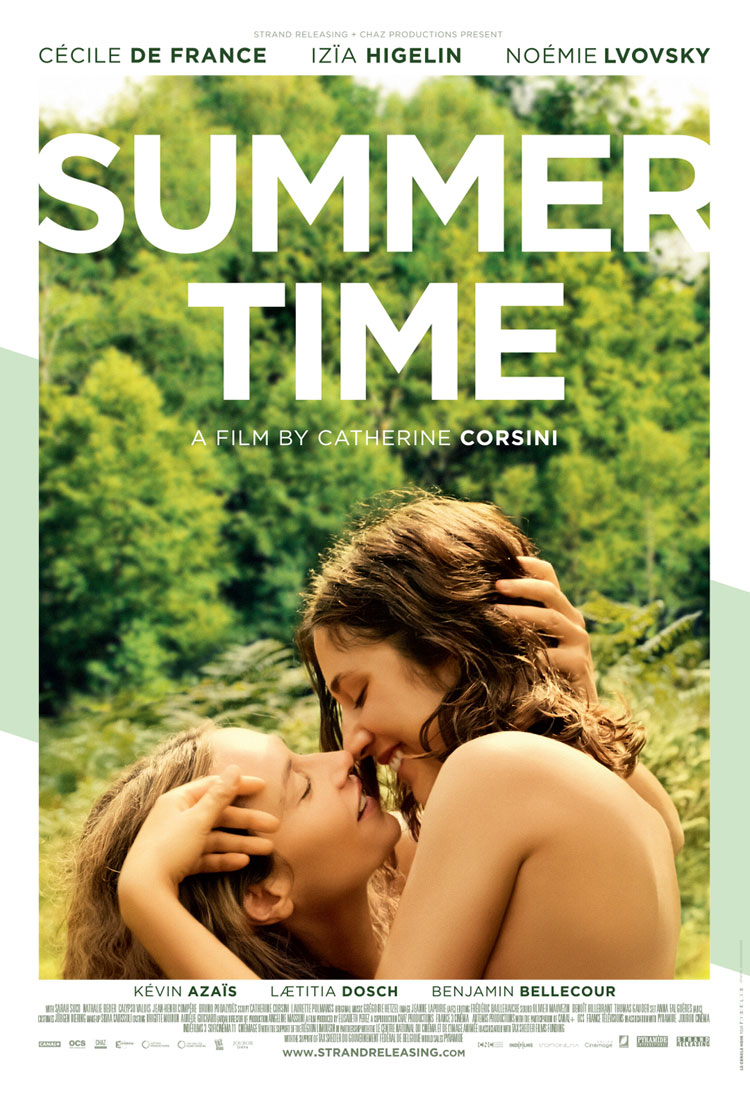 Although Carole has a boyfriend, she and Delphine start to fall for one another, but their happiness is ruined when Delphine’s father has a stroke and she feels the need to go back to the farm to run it. Eventually Carole follows her, staying there as Delphine’s ‘friend’, but as people begin to realise the truth it causes an increasing amounts of problems.

Summertime certainly has charm and great performances from Izïa Higelin and Cécile De France. It’s a sweet love story playing on the ideas of life in a rural idyll and the pressures on homosexuality in an era when it wasn’t accepted. It deals with it well and certainly makes for a nice watch.

However, it’s difficult to escape the feeling though that we’ve seen this all before. The movie does very little that isn’t from Lesbian Romance 101. Even though it does it well, it’s difficult to get too excited about it. That’s even true of the sex scenes, as while the movie is directed by a woman, there’s still an oddly male’s eye voyeuristic feel to it, with the camera acting more like its leering at the naked bodies than bringing us into their intimacy.

That said, the central characters are very good, particularly Cécile De France’s Carole. She’s the sort of character where you can perfectly understand why Delphine would be drawn to her power and charm. Although Delphine is rather quiet and reserved, there’s also has a sweetness and hope that’s extremely watchable. The issue is more the plot around them, which rarely surprises or excites. That’s particularly true of the ending, where it manages to elicit emotion from the viewer, but does so in a pretty by-the-numbers way. The last couple of minutes work brilliantly, but the previous 15 feel like we’re going through the love story motions, particularly in terms of a gay-themed love story.

It’s certainly not a bad movie, but it’s one of those films where it has the talent and style to have been something more than what it is. You probably won’t be unhappy you watched it and at times it’s very affecting, but it’s unlikely to ever surprise you.

Overall Verdict: A charming lesbian romance centred on some very good performances, but it’s difficult not to be a little disappointed that the plot is pretty staid and typical.