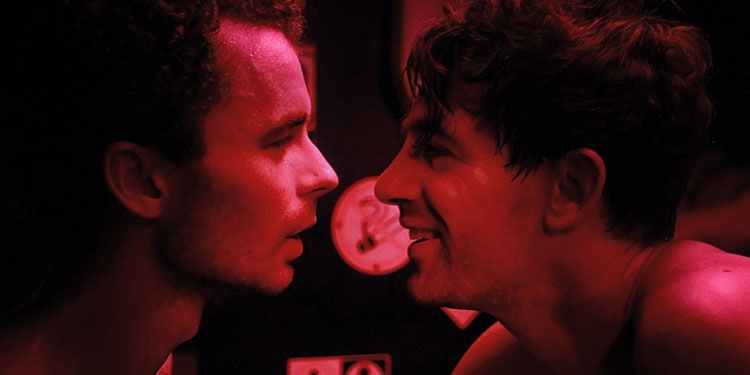 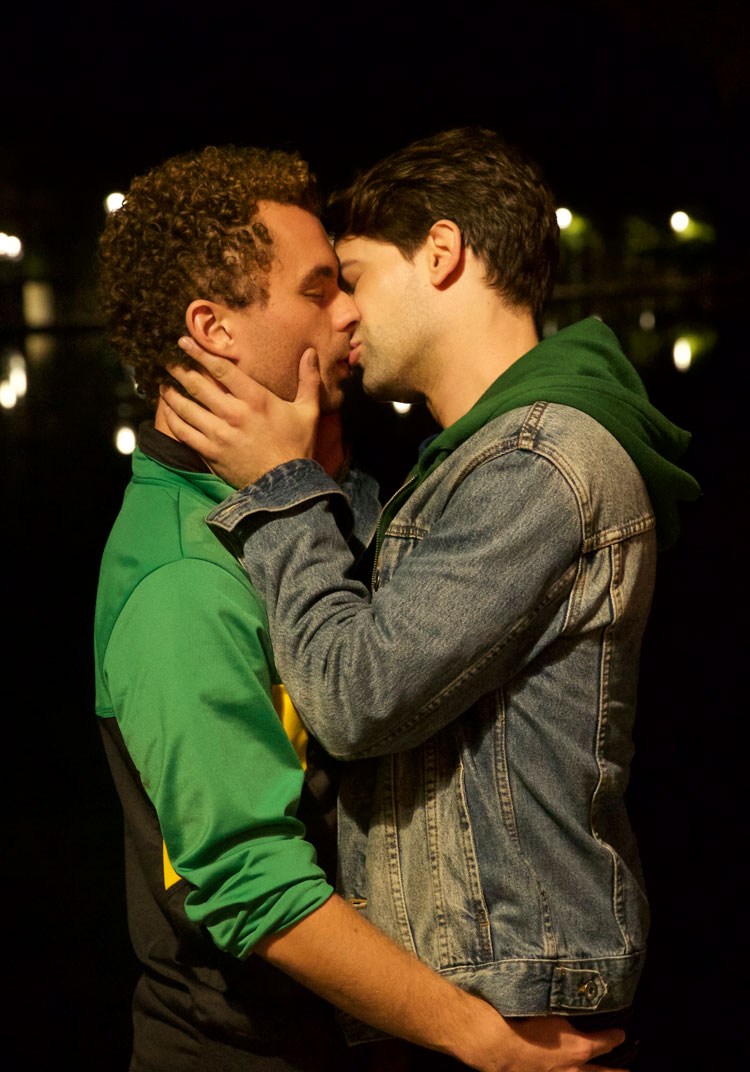 While that’s usually the end for two people following a sex club encounter, both Theo and Hugo feel a connection and decide to leave together. However, their flirtation seems to come to a swift end when Theo admits he didn’t use a condom. Unsurprisingly, the HIV+ Hugo is far from impressed. After Hugo arranges for Theo to go to the hospital to arrange tests and post-exposure prophylaxis, it seems like that will be it for them, but over the course of 12 hours they find themselves increasingly drawn to one another.

Theo & Hugo has drawn comparisons with Andrew Haigh’s Weekend, and you can certainly see why, as the movie shares a personal aesthetic that feels surprisingly real. It’s not just Weekend you can feel inspiring Theo & Hugo, as there are flashes of Gaspar Noe’s all-engulfing style in it’s opening sex scene, which manages to be both hyper-real and real at the same time. It’s one of the most fascinating depictions of sex I can remember seeing. It’s not treated as sordid or purely carnal, and neither does it treat the viewer as a voyeur – we’re invited in to what they’re experiencing rather than looking on to it with a leering eye.

By bringing in a sliver of the fantastical it manages to celebrate sex as both physical pleasure and as a connection between two people, allowing the viewer to vicariously experience the highs they’re going through. If nothing else, I would be willing to bet that while gay men in cinemas will watch it with studious expressions of their faces as if they are purely interested in the lengthy scene’s artistic merits, something else will be going on in their underwear. That’s not because it’s voyeuristic, but because it feels like you’re being pulled into some mind-blowing sex.

The opening scene is also important for another reason, as it’s one of the first successful reflections of hook-up culture, which is something that no one in the gay community can say doesn’t exist or isn’t pervasive, but which often get dampened down on screen. Even when it does appear it’s usually either condemned or made oddly heteronormative, as if chatting on Grindr and sending dick pics were the same as going on a date. Here the participants don’t speak or know each other’s names, they just fuck and connect through it. And like it or not, that is how a lot of gay relationships start these days. Theo & Hugo is one of the first films I can think of that’s felt like it’s truly showing that, without embarrassment or tutting about how terrible that is. It doesn’t judge, it purely says it happens and if it works for those involved, who cares?

While other movies would have quickly turned to moral condemnation once the lack of a condom was revealed, the film stays neutral on the point, instead allowing the characters to work through their thoughts about it themselves. I also wondered whether the growing romance between the duo was eventually going to be used to suggest the initial sex was somehow lesser or emotionally bankrupt, but it doesn’t. Hugo still keeps going on about how he loves Theo’s perfect cock, and there’s never a sense that the orgasmic elation of their first few minutes together is being negatively compared to their later emotional connection. If anything, the film becomes a celebration of the combination of the two.

I probably shouldn’t have gone on about the initial sex scene so much, as I may be giving the impression that’s all the movie’s about. It really isn’t, as there’s so much more going on in Olivier Ducastel and Jacques Martineau’s movie. The film speaks to modern gay life, for good or bad, in a way few other films have, while retaining a uniquely Gallic sense of romance, which nods at fantasy while never actually going there.

Theo & Hugo also has a wonderful ending. Without giving too much away, there are not many sequences that involve someone holding another man’s penis while eulogising about how much they like it, and which have the potential to bring a tear to your eyes at its romantic possibilities. As you can probably tell, this is not a typical movie, but it is a good one.

Overall Verdict: Theo & Hugo is sexually charged, romantic, sometimes sweet, sometimes serious and one of the few films that feels like it’s about real, modern gay men starting a relationship, rather than serving us up a sanitised movie version. I wouldn’t be shocked if in the future it’s classed as a seminal gay film.