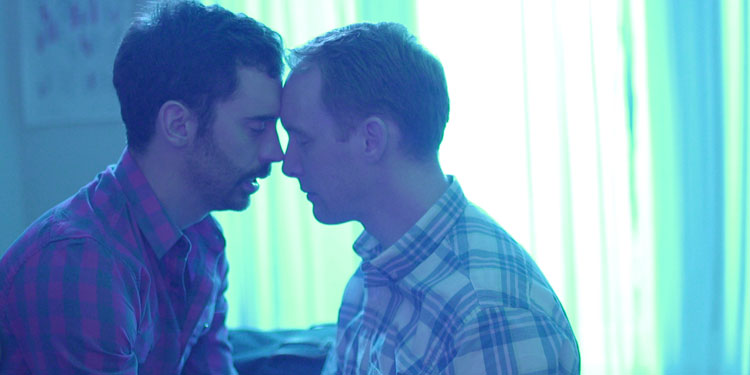 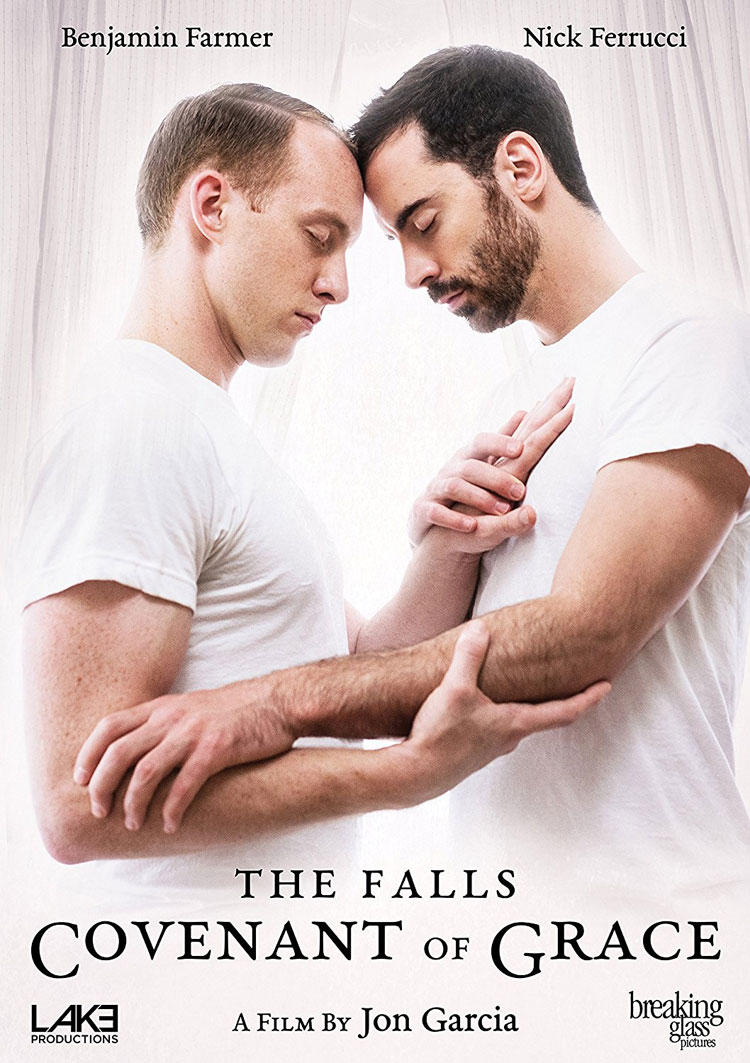 Things still aren’t completely running smooth when The Falls: Covenant Of Grace opens. Chris is now out of his marriage, but he and Chris are still having difficulty sorting out where their relationship stands and where it’s going in the future, especially as they’re living in different parts of the country. After the Church of Latter-Day Saints announces that it isn’t just against the baptism of children of same-sex couples, but doesn’t think their kids should be welcomed into the Church at all, RJ and Chris decide to get together for the weekend in the hope figuring out where they stand.

Chris is still hoping to find a way to both follow his heart as a gay man, and to allow the Church to be an integral part of his life, but increasingly feels that Mormonism is against who he is and that perhaps they are incompatible. RJ meanwhile has largely rejected the Church, but cannot deny the pull of something that was so important to him growing up, and the need for something spiritual in his life. There’s also Chris’ father, Noah (Bruce Jennings), an important man in the Church of Latter Day Saint, whose initial reaction is to reject homosexuality and isn’t pleased to see RJ back in his son’s life. However, after a family tragedy, he begins to go on his own journey of acceptance.

Can Chris and RJ find a way to reconcile their faith and their sexuality, that will allow them to finally be together properly and without guilt?

While the first two Falls movies had strong concepts for their plot – missionaries in love in the first, and a closeted married man in the second – Covenant Of Grace is slightly freer on that score. That’s not a criticism, as while the characters undoubtedly have issues they need to deal with, by being a little more open in its story it allows the movie to fill out the themes of sexuality and religion that it’s been dealing with right through the franchise, exploring different aspects and eventually coming to some conclusions.

It’s a movie that doesn’t deny the difficulties that the characters face, but ultimately it wants to err on the side of hope and the idea that with love and compassion there’s always a way forward. It’s a sweet and often romantic movie, once again aided by the chemistry and commitment of Benjamin Farmer and Nick Ferrucci as the central couple. Also given more space this time is Bruce Jennings as Chris’ dad, who puts in a strong performance as a man who, like his son, finds himself conflicted between the pronouncements of his faith and the love he feels in his heart.

Click here to watch the trailer for The Falls: Covenant Of Grace

While the earlier Falls movies left the door open for sequels, there’s a sense of this being the end of the story. Many of the themes that have run through the movies reach what seems to be their logical conclusion, while RJ and Chris’ relationship finds the resolution that it needs.

Making films that try to explore hot button social issues often end up feeling heavy-handed and clumsy, but thanks to a real interest in the characters and their journey, The Falls has handled it extremely well. The three movies have smartly never condemned Mormonism, instead acknowledging the sense of connection, community and spiritual communion religion can bring, while expressing frustration and anger at the lack of compassion sometimes shown to LGBT people. It’s ensured that as a trilogy it’s worked extremely well, and Covenant Of Grace is a good conclusion to a romantic story.

Overall Verdict: With Chris and RJ finally having to fully deal with whether they can make their religion and their love for one another work, Covenant Of Grace is a fitting end to a strong, romantic gay trilogy.