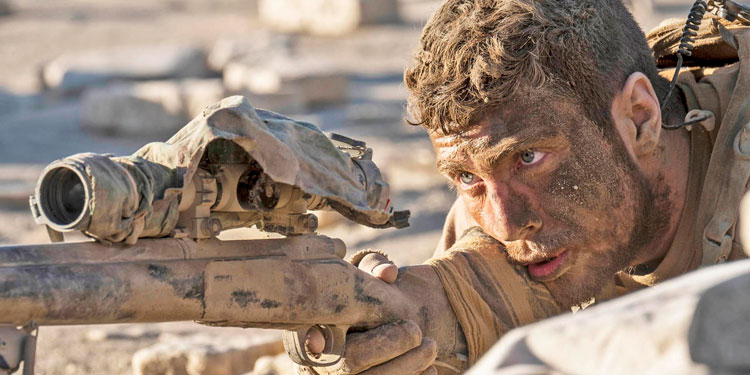 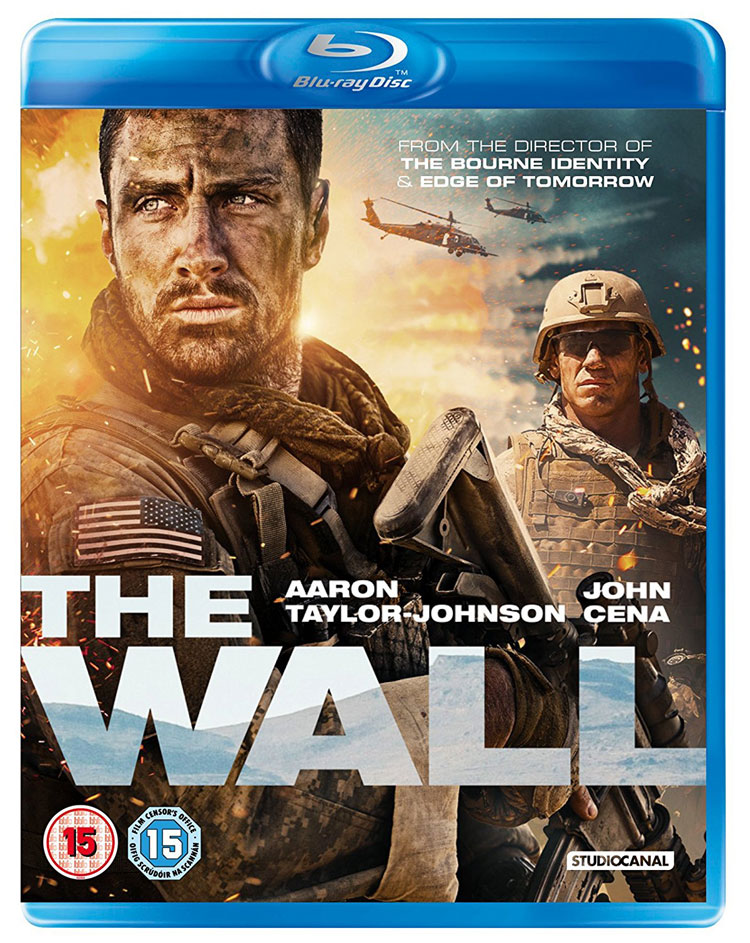 Losing blood and with no long-range radio, Isaac is trapped – unable to move away from the small wall without getting shot. Things get even more complicated when the sniper comes onto the short-range radio, demanding Isaac talk to him and threatening to shoot Mathews in the face if he doesn’t.

The Wall is the sort of movie designed around a series of constraints – in this case that for the majority of the runtime it’s a single actor trapped in a very small area that he can’t move from – that could easily come across more like a self-satisfied filmmaking exercise than a movie. Thankfully that’s not true here. For most of the movie it’s tense and extremely well-acted by Aaron Taylor-Johnson, who is excellent as a man stuck in an increasingly desperate situation.

It’s not all good news though, as in its desire to be a smart as well as tense, it adds in a few elements that are a little too contrived and ‘Hollywood’ for a movie that’s otherwise so reliant on the simplicity of its setup. The sniper sometimes comes across a bit too much like a Hannibal Lecter style sociopath, and when its revealed what his gameplan really is, the whole thing stretches credulity.

To give the film its dues, many of these over-the-top edges don’t just exist for their own sake, but to add to the metaphors it’s trying to deal with. The themes it delves into are potentially interesting – from The Wall being a symbol of the mental prison Isaac has created for himself, to the violence of America’s incursions into Iraq and Afghanistan being endlessly self-replicating – but the way they’re handled come across as if they’ve fallen in from a different, more mainstream movie, particularly how blunt and heavy-handed the dialogue sometimes is.

Director Doug Liman handles the action well and most particularly ensures the movie keeps a steady, propulsive pace. Some may also be surprised at just how good an actor WWE wrestler John Cena is, who does extremely well in a role that’s actually more complicated than it might look.

Purchase from
Amazon.co.uk
However, while it’s a good movie from a directorial, cinematography and acting viewpoint, the dialogue and storytelling aren’t quite clever enough to stop the film coming across as a little trite and contrived, despite the taut, contained action-thriller around them.

Overall Verdict: Good performances and direction ensure The Wall is a tense, watchable thriller, but some messy edges and a desire to push its metaphors too far lessen the impact it might have had.