David Tennant is headed back to the big screen for a new Brit comedy, What We Did On Our Holiday Trailer.

Here’s the synopsis: ‘Doug (David Tennant) and Abi (Rosamund Pike) and their three children travel to the Scottish Highlands for Doug’s father Gordie’s (Billy Connolly) birthday party. It’s soon clear that when it comes to keeping a secret under wraps from the rest of the family, their children are their biggest liability… From the creators of the hit BBC comedy series Outnumbered – WHAT WE DID ON OUR HOLIDAY is a heart-warming, uplifting comedy for all the family.’

The movie will be released in the UK September 26th 2014. END_OF_DOCUMENT_TOKEN_TO_BE_REPLACED 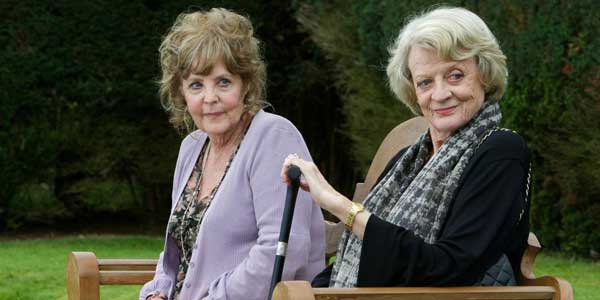 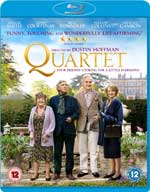 A couple of years ago, if you’d put a bet on Dustin Hoffman’s first movie as a director being about a bunch of musicians in a British old folks home, you would have been very rich when Quartet opened. It’s a surprising choice for the veteran actor, especially as it’s such a quintessentially British movie, but he has a steady hand behind the camera, and also ensured he had some pretty powerful acting talent in front of the camera. END_OF_DOCUMENT_TOKEN_TO_BE_REPLACED

Those lucky Yanks get to watch Pixar’s latest, Brave, from today, as it’s just been released in cinemas over there. Us Brits have to wait a while, with it reaching Scottish cinemas on August 3rd and the rest of the UK on August 17th, but to help us bide our time, Disney has released a brand new trailer for the film, giving us our best look at it yet. Here’s the brief synopsis: ‘A grand adventure full of heart, memorable characters and signature Pixar humor, “Brave” uncovers a new tale in the mysterious Highlands of Scotland where the impetuous Merida (voice of Kelly Macdonald) defies an age-old custom and inadvertently unleashes chaos, forcing her to discover the meaning of true bravery before it’s too late.’

Brave is something a little bit different from Pixar – but then, you can say that about pretty much every new movie they make – and now a new poster and a two and a half minute clip from the movie have arrived, featuring some Celtic highland games and young warrior Merida showing what a headstrong woman she can be. Here’s the synopsis: ‘Since ancient times, stories of epic battles and mystical legends have been passed through the generations across the rugged and mysterious Highlands of Scotland. In “Brave,” a new tale joins the lore when the courageous Merida (voice of Kelly Macdonald) confronts tradition, destiny and the fiercest of beasts. Merida is a skilled archer and impetuous daughter of King Fergus (voice of Billy Connolly) and Queen Elinor (voice of Emma Thompson). Determined to carve her own path in life, Merida defies an age-old custom sacred to the uproarious lords of the land: massive Lord MacGuffin (voice of Kevin McKidd), surly Lord Macintosh (voice of Craig Ferguson) and cantankerous Lord Dingwall (voice of Robbie Coltrane). Merida’s actions inadvertently unleash chaos and fury in the kingdom, and when she turns to an eccentric old Wise Woman (voice of Julie Walters) for help, she is granted an ill-fated wish. The ensuing peril forces Merida to discover the meaning of true bravery in order to undo a beastly curse before it’s too late.’ It’s out in the UK on August 13th.

If one thing is certain in life, it’s that Pixar movies always look stunningly gorgeous, and it certainly seems Brave will follow suit. We got a teaser a couple of months ago, but now Disney has released a full trailer for the movie. Here’s the synopsis: ‘A grand adventure full of heart, memorable characters and signature Pixar humor, “Brave” uncovers a new tale in the mysterious Highlands of Scotland where the impetuous Merida (voice of Kelly Macdonald) defies an age-old custom and inadvertently unleashes chaos, forcing her to discover the meaning of true bravery before it’s too late.’ The film is due to hit UK cinemas August 17th, 2012.