RuPaul is busy! Alongside the continuing & growing success of Drag Race, two new series featuring the drag superstar are in the works. The first is coming soon via Drag Race producer World Of Wonder’s new streaming platform, WOW Presents Plus. It sees RuPaul as an animated unicorn alonhside a bevy of drag queen toddlers. Those youngsters are voiced by Drag Race alums such as Bianca Del Rio as Dina Saur, Adore Delano as Roxy Moron, Latrice Royale as Lady Liber T, Detox as Donatella Mewhattodoo, and Valentina as Arugula.

The trailer for the show has arrived, which you can take a look at below. Drag Tots starts streaming on WOW Presents Plus on June 28th.

More Ru will also be coming soon, with a 10-part show that’s just been ordered by Netflix. This is a live-action outing, which comes with some other illustrious talent involved, as Sex & The City showrunner Michael Patrick King is helping brings the series to life.

According to THR the series, currently titled AJ and the Queen, ‘will follow RuPaul as Ruby Red, a bigger-than-life but down-on-her-luck drag queen who travels across America from club to club in a rundown 1990s RV with her unlikely sidekick, AJ, a recently orphaned, tough-talking, scrappy 11-year-old stowaway. As these two misfits, one tall, one small, travel from city to city, Ruby’s message of love and acceptance winds up touching people and changing their lives for the better. Oh, and RuPaul performs a killer musical number in every drag club.’

Netflix has ordered 10 hour-long episodes of the show. RuPaul and King will co-write and produce the series, although there’s no news on exactly when we’ll get to see it.

If all that weren’t enough, the drag legend is also involved in the previously announced Queen over at Hulu, loosely based on his rise from club kid to drag queen superstar.

Take a look at the announcement Tweet for AJ & The Queen, as well as the Drag Tots trailer below. END_OF_DOCUMENT_TOKEN_TO_BE_REPLACED

Bianca Del Rio has used her status as a winner of Rupaul’s Drag Race to go on to bigger and better things, and that includes starring in her own star-studded movie, Hurricane Bianca. Now the trailer has arrived, having debuted over at Buzzfeed.

Things are a little bit Tootsie, with Bianca’s non-drag persona Roy Haylock starring as a teacher in Texas, who gets fired when it’s discovered he has a gay dating profile. It’s then time for a bit of revenge, with Roy returning to the school as the outrageous Bianca, who’s out to wreak a little havoc.

Watch the trailer below. END_OF_DOCUMENT_TOKEN_TO_BE_REPLACED 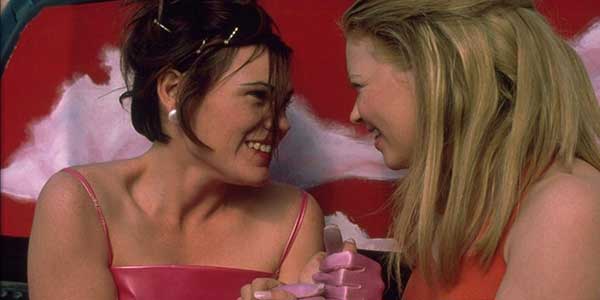 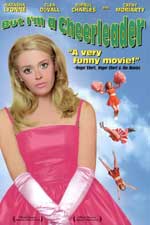 But I’m a Cheerleader tells the story of Megan (Natasha Lyonne), a naïve teenager who is sent to a gay rehabilitation camp due to her seemingly deviant behavior – the joke being that she thinks that due to her being a cheerleader, she can’t be anything but ‘normal’.  However her friends and family all read the signs and decide that she’s a lesbian who needs help to be straightened out. END_OF_DOCUMENT_TOKEN_TO_BE_REPLACED