Battleship and Breaking Bad actor Jesse Plemons has booked himself a new role (which will hopefully take the sting off the fact that for months he was rumoured to be the lead in the new Star Wars film, but ultimately won’t be in the movie at all). TheWrap reports he’s set to take the lead role in Other People, from writer/director Chris Kelly.

Plemons will play ‘a gay Saturday Night Live writer who returns home to Sacramento to be with his mother (Sissy Spacek), who is in the final stages of terminal cancer. While home, he struggles to deal with a painful recent breakup and reconcile with his conservative father’s disapproving attitude regarding his sexuality.’

It sounds like it’ll be a fairly personal project from Kelly, who is gay and an SNL writer himself, with three Emmy nominations to his name. Other People will mark his feature directorial debut.

To add a little extra cachet the talented Adam Scott (Parks & Recreation) will produce along with his wife Naomi. They’re currently putting all the pieces together in terms of financing with the hope of shooting the movie next year. 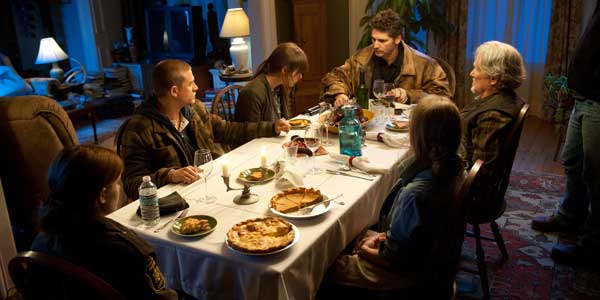 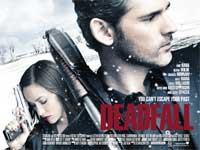 It’s about two siblings, Addison and Liza (played by Eric Bana and Olivia Wilde respectively), who are on the run from a casino heist. The two are then involved in a car accident leaving one officer dead. They end up stranded in the snowy mountainous terrain of North Michigan. Bana, being the protective brother, advises them to split-up, as police only have him as a suspect END_OF_DOCUMENT_TOKEN_TO_BE_REPLACED

Eric Bana likes being a tortured soul, and it appears that’s going to continue in his new movie, Deadfall. In the film, siblings Addison (Eric Bana) and Liza (Olivia Wilde) are on the run from a casino heist gone wrong. When a car accident leaves their wheel man and a state trooper dead, they split up and make a run for the Canadian border in the worst of circumstances – a near whiteout blizzard. While Addison heads cross-country, creating mayhem in his wake, Liza is picked up by ex-boxer Jay (Charlie Hunnam), en-route for a Thanksgiving homecoming with his parents, June (Sissy Spacek) and retired sheriff Chet (Kris Kristofferson). It’s there the siblings are reunited in a terse and thrilling showdown that pushes the bonds of family to the limit.