James Franco is back doing gay things. Actually, he did this gay thing quite a while ago, but Sal has taken a couple of years to get from principal photography to the point of release. However now the movie is coming, and the first trailer has arrived.

Franco’s film is a biopic of actor Sal Mineo, famed for his roles in the likes of Rebel Without A Cause, Giant and The Longest Day. While he did have some relationships with women, in the late 60s he became one of the first Hollywood actors to ever acknowledge he was gay. Tragically in 1976, while he was living in San Francisco playing a bisexual burglar in the stage comedy, P.S. Your Cat Is Dead, he was murdered in what is believed to be a robbery gone wrong (reports Mineo was trying to solicit his killer for sex are unfounded).

The film concentrates on his final day, when he wasn’t quite a famous as he once was, but has become comfortable with his sexuality and his abilities as an actor. Val Lauren plays Mineo, with Franco taking a supporting role as Milton Kaselas, the director of the play Sal was starring in before he died.

Sal will be available on iTunes and VOD in the US starting October 22nd, with a limited theatrical release from November 1st, beginning in Los Angeles.

You can also take a look at a new poster below. END_OF_DOCUMENT_TOKEN_TO_BE_REPLACED

James Franco has directed a few film, but they’ve generally been so indie you could be forgiven for never having seen one. Now he’s taken on one that may get a slightly larger audience, taking on Cormac McCarthy’s Child Of God. Now the first teaser trailer has arrived.

Here’s TIFF’s synopsis: ‘Lester Ballard (Scott Haze, spitting and scratching at himself) is an abandoned soul, unable to fit into the established social order. As he increasingly withdraws into his own mind, he turns to violence and, ultimately, necrophilic relationships, looking for solace in a world that continually rejects him. The town sheriff (indelibly portrayed by Jim Parrack), both sympathetic to and fearful of the man, slowly closes the net around him — but a mob of townfolk have ideas of their own. Here the frame of the film turns, exposing a society where politesse is only a fingernail scratch away from pure hate and greed. ‘

The novel deals a lot with sexual deviancy including necrophilia and paedophilia, which doesn’t exactly sounds a barrel of laughs, but perhaps Franco can make it work. The film will make its world premiere this Saturday at the 70th annual Venice Film Festival, and it will also screen at TIFF next month. END_OF_DOCUMENT_TOKEN_TO_BE_REPLACED

James Franco is a very busy man, managing to star in loads of film, as well as writing, directing and producing plenty more. With As I Lay Dying, based on William Faulkner’s novel, he helmed, wrote the script, produces and stars in the flick.

Now a poster for the movie has emerged, featuring Franco looking pretty serious and reflective.

The film is about a Southern family who grant their late mother’s request to be buried in a nearby town, which raises all sorts of issues. As well as Franco, Danny McBride, Logan Marshall-Green, Richard Jenkins and Tim Blake Mason star.

It should be in cinemas later this year.

You could be forgiven you not knowing James Franco had directed any movies, but he’s actually made quite a few, although the likes of The Broken Tower and Sal have been small, arty and not seen by many people.

Now he’s going a little more high profile with As I Lay Dying, an adaptation of a William Faulkner novel that will be playing at Cannes. Before its festival debut, a trailer has been released, giving us a feel for movie. As with Franco’s other movies, it gives the impression of being made incredibly quickly, which in this case could actually be a bonus.

It charts the story of the Bundren family and their attempts to bury Addie Bundren in the town of Jefferson. END_OF_DOCUMENT_TOKEN_TO_BE_REPLACED 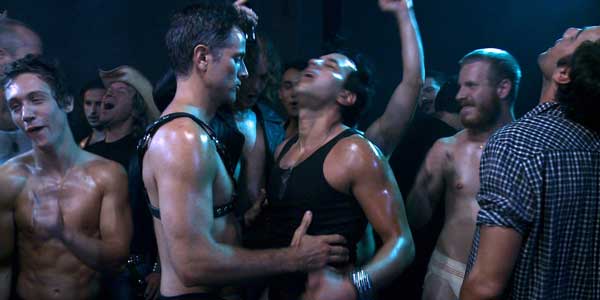 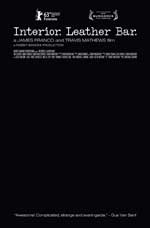 A movie made by James Franco (along with co-director Travis Mathews), ostensibly recreating 40 minutes of footage cut from the 1980 movie Cruising, which starred Al Pacino as an undercover cop who has to infiltrate a gay leather bar in order to find a serial killer. The 40 minutes were removed at the behest of the film classification board in order to prevent the film from being classified as pornography and therefore unsuitable for public release. END_OF_DOCUMENT_TOKEN_TO_BE_REPLACED

Tim Blake Nelson is probably still best known for O Brother Where Art Thou?, but he’s always good value for money, giving great performances in everything from Minority Report and Incredible Hulk to Syriana and most recently Lincoln.

Now he’s booked two new roles, according to THR, signing up for James Franco’s biopic of Charles Bukowski as well as reuniting with Lincoln co-star Tommy Lee Jones for the actor’s directing venture, The Homesman.

The Franco written and directed Bukowski will look at the writer’s early life as a child and teen, and how that helped shaped him as an author. Nelson will play Charles’ father, Henry, a man who dealt with the stresses of his life by hitting his son, eventually driving Charles to defend himself.

Tommy Lee Jones’ The Homesman meanwhile is a 19th Century tale about an untrustworthy man and a spinster school teacher who team up to transport three woman who are through to be crazy across the Western plains. Nelson will be a man who covets one of the women and tries to steal her. Hilary Swank and Meryl Streep also star. The hope is to shoot the movie this spring.

I wonder whether director Travis Mathews regrets referring to the movie now known as Interior, Leather Bar as a ‘homo-sex-art-film’, as that’s all anyone seems to refer to it as now. The film is due to premiere at Sundance next month, and now the trailer for the meta-movie has arrived.

The Sundance synopsis says about the film, ‘To avoid an X rating, it was rumored that 40 minutes of gay S&M footage was cut from the controversial 1980 film, Cruising. Filmmakers James Franco and Travis Mathews re-imagine what was in the lost footage.’

However it’s not just about the 40-minutes themselves, as it self-reflexively looks at its own making and exactly what the point of the film is. The trailer is definitely intriguing, although it does look like the sort of film that will live on the edge between being a fascinating exploration of film, sexuality and the power of ideas, and something rather pretentious and in danger of disappearing up its own ass.

We’ll have to wait and see where it lives on this spectrum, but it’s certainly one to look out for – and hopefully it’ll also give us an insight into why James Franco is so fascinated by all things gay. END_OF_DOCUMENT_TOKEN_TO_BE_REPLACED

For a man who’s keen to insist he’s straight, James Franco sure does have a lot of interest in the gays (and I’m not hinting at anything there, as if he was gay Hollywood would probably be insisting he had nothing to do with anything that wasn’t 100% straight). Franco’s played gay in Milk and Howl, and the last two films he directed were both biopics of gay people.

One of those, The Broken Tower, about gay poet Hart Crane, premiered back in June at the LA Film Festival. However, despite Franco writing and starring in the movie, it’s taken a while to find distribution because it’s not about the most commercial subject matter and was shot in black and white. However now THR reports that Focus World, the digital distribution arm of Focus Features, have picked up the US rights to the movie and plan to bring it out in America on January 10th.

A few years ago the movie would probably have found it tough to get much of a cinema release at all, but with digital projection the cost of bringing movies out has dropped, allowing films like The Broken Tower to reach cinemas.

At the moment there’s no news on when it might reach the UK, but a US release should certainly help it get picked up over here.

Oh, and in case you’re wondering, the other biopic of a gay man Franco’s directed is about Rebel Without A Cause star Sal Mineo. That’s also awaiting distribution.