Sadly this has nothing to do with Joss Whedon’s sci-fi series Firefly or its follow-up movie, also called Serenity. Instead it’s a stylised, sexy thriller which reunites Matthew McConaughey and Anne Hathaway for the first time since Interstellar. Perhaps the best reason to be excited though is that it’s from writer and director Steven Knight (Locke, Peaky Blinders, Eastern Promises).

Here’s the synopsis: ‘The mysterious past of a fishing boat captain comes back to haunt him, when his ex-wife tracks him down with a desperate plea for help, ensnaring his life in a new reality that may not be all that it seems.’

The movie is due out is the autumn. Take a look at the trailer below. END_OF_DOCUMENT_TOKEN_TO_BE_REPLACED

Locke is the sort of film that was always in danger of seeming gimmicky. It is after all an entire movie where the only visuals are a single man, Ivan Locke (Tom Hardy), in a car driving along a motorway, with the ‘action’ playing out in real-time.

However thanks to a truly impressive performance from Hardy and the strong hold of writer/director Steven Knight it’s surprisingly gripping, smart and entertaining. END_OF_DOCUMENT_TOKEN_TO_BE_REPLACED

There’s been a fair amount of film festival praise for Locke, which plays out in almost real time, with Tom Hardy driving around as his life quickly unravels. Now a new trailer has arrived, as well as a fresh poster, which you can see above and below.

Here’s the synopsis: ‘Tom Hardy (Inception, The Dark Knight Rises) plays Ivan Locke. LOCKE is the story of one man’s life unravelling in a tension-fuelled 90-minute race against time. Ivan Locke has the perfect family, his dream job, and tomorrow should be the crowning moment of his career. But one phone call will force him to make a decision that will put it all on the line.’

The movie’s due out in the UK on 18th April, 2014 and a weeks later in the US. END_OF_DOCUMENT_TOKEN_TO_BE_REPLACED 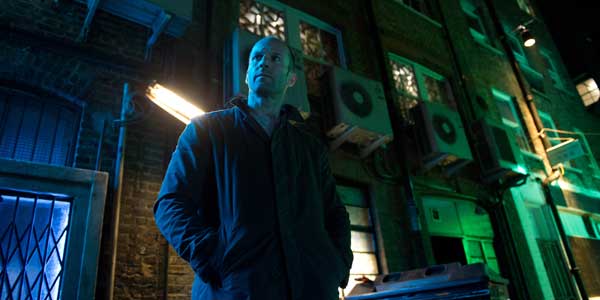 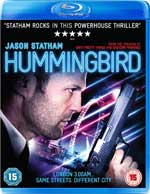 Jason Statham’s career so far has turned him into a brand as much as a movie star – as with many action stars before him, his name has come to connote big, dumb action movies with OTT stunts and plots that are simply showcases for the action. It’s done him well and his name is often enough to sell the movie to mindless action fans, but it becomes a problem when he attempts to do something different. Hummingbird has come in for a bit of flack, not so much because of what it is but due to what it isn’t. Namely it isn’t a ‘Jason Statham’ movie. Indeed it has more in common with the arthouse than the likes of Crank. END_OF_DOCUMENT_TOKEN_TO_BE_REPLACED

Jason Statham’s movie output has largely been a series of identikit films, with the plot slightly changing but the action and The Stath’s character largely staying the same. However Hummingbird may be something a little different, showing his softer side.

The movie sees him an ex-Special Forces soldier who tries to avoid a court martial, but ends up homeless on the streets. He attempts to reinvent himself by breaking into a rich businessman’s apartment, but soon finds himself dragged back into the criminal underworld.

The movie is the feature film directing debut of Steven Knight, who’s best known for writing Eastern Promises and Dirty Pretty Things, which certainly suggest this will be more of an acting challenge for Statham than normal.

Tom Hardy is a busy man, but it seems he’s found a bit of a window in his schedule as he’s signed up to go a bit Jason Statham in the movie Locke, which is due to start shooting later this month, according to THR.

The film is written and directed by Steven Knight, who’s perhaps best known for his screenplays for Eastern Promises and Dirty Pretty Things, and who recently completed his directorial debut, Hummingbird.

According to a release, ‘Locke is the story of one man’s life unraveling in a tension-fuelled ninety minute race against time. Ivan Locke has the perfect family, his dream job, and tomorrow should be the crowning moment of his career. But one phone call will force him to make a decision that will put it all on the line.’

Steven Knight commented, “I’m really excited to be working with Tom Hardy on an innovative piece of filmmaking which will exercise his immense talent to the full.”

For the last six months or so, Eastern Promises screenwriter Steven Knight has been putting together Hummingbird, which he wants to be his directorial debut (well, he helmed a few episodes of the Jasper Carrot sitcom The Detectives in the early 90s, but that doesn’t count).

The film’s just got a little closer to happening as Variety reports that Jason Statham has signed up to star. He will play a former Special Forces solider who’s gotten involved in London’s grimy criminal underworld. However he wants out and when he gets the chance to take a identity, he embraces it and becomes an avenging angel looking to take down wrongdoers.

Knight hopes to shoot the movie early next year, between lucrative assignments punching up Hollywood scripts (he’s done work on everything from Wrath of The Titans to The Lost Symbol).