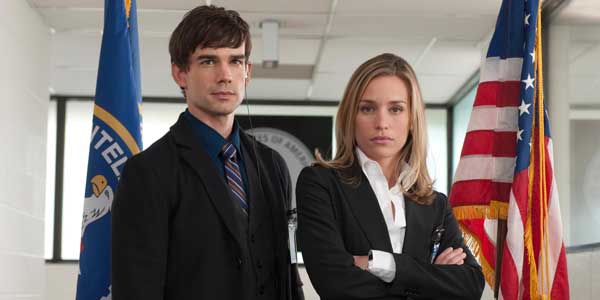 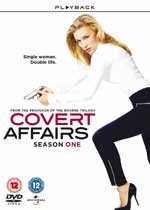 She plays Annie Walker, who’s coming to the end of her training to work for the CIA when she’s called into international intelligence agency’s headquarters for a job that can use her language skills (and the fact she could plausibly pass as a hooker!). That’s just the start of her adventures, which take her around the world as she works to prevent the US’ overseas enemies from going through with their nefarious plans, as well as getting caught up in the murky morality of the world of spies she’s gotten herself into. END_OF_DOCUMENT_TOKEN_TO_BE_REPLACED

It’s surprising it’s taken 30 years to turn The Woman In Black into a movie. Susan Hill’s novel has sold millions of copies, and a stage version has been running in the West End since 1989, becoming the second longest-running non-musical production ever. Now Hammer has finally managed to get it onto the screen, with Eden Lake’s James Watkins directing and Daniel Radcliffe starring.

Radcliffe plays young lawyer Arthur Kipps, a man still reeling from the death of his wife during childbirth. Having rather neglected his work, he’s given one final chance by his firm, which involves going to the remote Eel Marsh House to sort through the papers of the recently deceased owner. When he arrives in the nearby village, the locals seem singularly unwelcoming and don’t appear to want him to go to the house. END_OF_DOCUMENT_TOKEN_TO_BE_REPLACED

Katherine Heigl’s name is becoming increasingly synonymous with slightly underpar movies. It’s a great shame as she’s actually a very good actress. Her work in Grey’s Anatomy was incredibly strong, winning her an Emmy, and it was due to this and Knocked Up that it looked like she’d have a strong movie career. However the likes of The Ugly Truth, Killers and now One For The Money suggest she’s either not very good at picking projects, or she’s only being offered second string flicks.

To be honest, you can understand why she’d think One For The Money would be a good idea. It’s based on Janet Evanovich’s incredibly popular Stephanie Plum novels and was obviously set up in the hope of creating a franchise. Unfortunately the end result is limp, rather silly and while not actively bad, doesn’t have much that’s truly good about it. END_OF_DOCUMENT_TOKEN_TO_BE_REPLACED