Ted Wallace (Roger Allam) is a famous poet who hasn’t written anything for years, and whose very vocal cynicism causes him to lose his main means of support – as a theatre critic. In order to make money he agrees to go to the grand house of his former friend, Michael Logan (Matthew Modine), under the guise of visiting his godson, David (Tommy Knight). END_OF_DOCUMENT_TOKEN_TO_BE_REPLACED 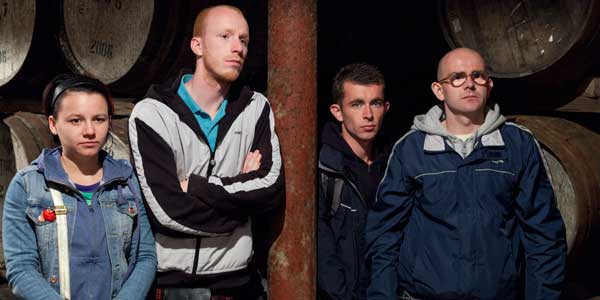 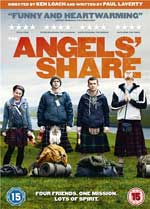 For nearly 50 years now Ken Loach has been charting his own course with the sort of social realist cinema that’s ensured he’s long had admirers and been beloved in arthouse circles, but has often had difficulty convincing mainstream audiences to give him a chance. It’s a bit of a shame, as while he did go through a period where his films were a bit of a slog, he usually has a knack for making movies that while grounded in an often deprived or desperate social world, still manage to be entertaining and truly believe in the possibilities of human beings. That’s certainly true of The Angels’ Share. END_OF_DOCUMENT_TOKEN_TO_BE_REPLACED

It’s surprising it’s taken 30 years to turn The Woman In Black into a movie. Susan Hill’s novel has sold millions of copies, and a stage version has been running in the West End since 1989, becoming the second longest-running non-musical production ever. Now Hammer has finally managed to get it onto the screen, with Eden Lake’s James Watkins directing and Daniel Radcliffe starring.

Radcliffe plays young lawyer Arthur Kipps, a man still reeling from the death of his wife during childbirth. Having rather neglected his work, he’s given one final chance by his firm, which involves going to the remote Eel Marsh House to sort through the papers of the recently deceased owner. When he arrives in the nearby village, the locals seem singularly unwelcoming and don’t appear to want him to go to the house. END_OF_DOCUMENT_TOKEN_TO_BE_REPLACED

Following the death of Princess Diana, the Queen (Mirren) and royal family attempt to deal with what they believe should be a private matter between themselves and the Spencer family. However as attacks from the media and public begin to grow, and with new PM Tony Blair (Michael Sheen) advising her, the Monarch slowly comes to realise that her apparent inaction is becoming a threat to her position. END_OF_DOCUMENT_TOKEN_TO_BE_REPLACED