For a very long time, The Golden Girls has been beloved by many gay people, who love the sassiness of four older ladies and their chosen family. Indeed, many have said it’s a show that could be about a bunch of gay men without chaging the scripts all that much.

Now there’s a TV series in the works that’s essentially a gay version of Golden Girls, but with four older gents replacing Rose, Dorothy, Blanche and Sophia. The guys behind it, Stan Zimmerman and James Berg, even wrote episodes of the classic 1980s sitcom, as well as the likes of Roseanne and Gilmore Girls.

They’ve written the pilot for the show, currently titled Silver Foxes, and they recently had a table read to test out the material, where they enlisted the help of such luminaries as George Takei, Leslie Jordan, and Bruce Vilanch.

Interestingly, while talking about the show to Party Foul Radio with Pollo & Pearl, they said that rather than being directly inspired by Golden Girls, they got the idea after watching the PBS documentary, Before You Know It. That film follows the difficulties many LGBT people face as they get older.

However, even they acknowledge the Golden Girls parallels, saying, “Every one of us is getting older. Especially with gays and lesbians and transgender, we create our own families – and that’s what The Golden Girls did. Those women came together and supported each other.”

Zimmerman and Berg are currently pitching the show to various outlets, including traditional TV channels and online streaming services. As yet, it’s now known if any of them will pick up the series. We hope they will. END_OF_DOCUMENT_TOKEN_TO_BE_REPLACED 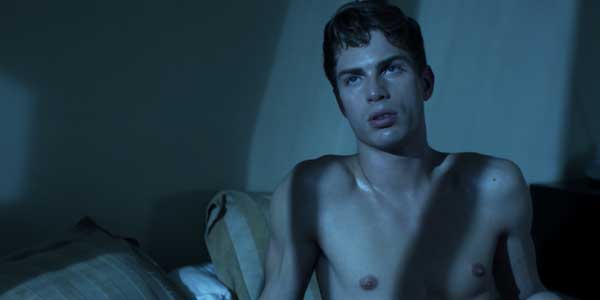 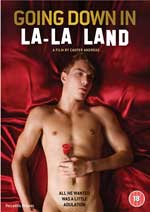 Gay actor David Moretti got a lot of fans thanks to his often scantily clad role in the homo-tastic vampire series The Lair, and now he’s teaming up with comedian Bruce Vilanch – best known for his years spent writing jokes for The Oscars – for a gay take on Dickens’ A Christmas Carol, called Scrooge & Marley.

The Advocate reports that the film will also feature Eating Out: Drama Camp’s Ronnie Kroell, A League of Their Own’s Megan Cavanagh, and Drop Dead Diva’s Rusty Schwimmer. According to the press release, the film will apparently have “heart, comedy and music,” and “the magic of Dickens’ timeless tale of a man’s redemption at the holidays-thanks to the help of three ghostly spirits-comes alive from a fresh perspective that will appeal to audiences of every persuasion.“

A Christmas Carol is the most adapted story in the history of cinema, so it’s about time it got a gay version!

“I am beyond excited to be a part of Scrooge & Marley,” the rather sexy Moretti says, “Christmas movies hold a very special place in my heart as I have a handful of favorites I’ve watched every single Christmas since I was a little boy. My hope is that Scrooge & Marley becomes that for the gay community. It’s a sweet, classic story of redemption – with a little glitter.”