Paying tribute to the classic western with inspiration from the Nordic sagas, The Salvation takes place in 1870s America. When settler John kills his family’s murderer, he unleashes the fury of notorious gang leader Delarue. Betrayed by his corrupt and cowardly community, the peaceful pioneer must turn vengeful hunter, slay the outlaws, and cleanse the town’s black heart.

The film has just begun an 8-week shoot in Johannesburg, South Africa, with Kristian Levring (Fear Me Not) directing from a script he wrote alongside Oscar-winner Anders Thomas Jensen (In a Better World, Love Is All You Need).

A few weeks ago Colin Farrell signed up to star alongside Anthony Hopkins in Alfoso Poyart’s upcoming thriller Solace. Now Colin & Anthony have got come company, as THR reports that Watchmen star Jeffrey Dean Morgan has joined the thriller.

The story is about a former doctor with psychic abilities (Anthony Hopkins) who is recruited by the FBI to help them find a vicious serial killer (Colin Farrell). The doctor soon learns that this elusive killer also has psychic powers, and that both men can track each other’s movements. Jeffrey Dean Morgan is playing the veteran FBI agent who enlists the psychic physician’s help.

Afonso Poyart is directing from a screenplay that was most recently worked on by Peter Morgan (Tinker, Tailor, Soldier, Spy, Frost/Nixon). Sean Bailey, Ted Griffin, and James Vanderbilt previously did work on the script. Production is scheduled to begin on May 20th in Detroit. 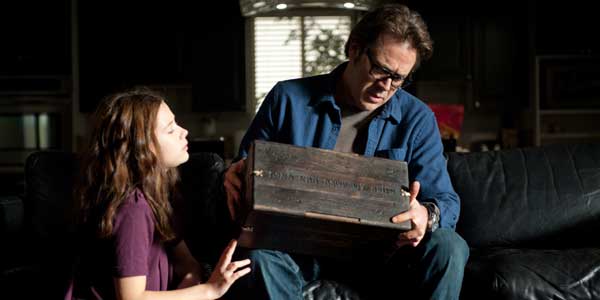 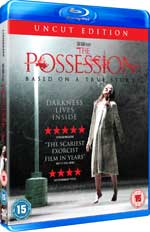 Jeffrey Dean Morgan plays Clyde, who’s recently divorced from Stephanie (Kyra Sedgwick). He takes his two daughters to a yard sale near his new home, where his youngest, Em (Natasha Kalis), becomes intrigued by a locked wooden box. As you can probably guess, it’s not long until strange things are happening and the daughter has become obsessed with the box. END_OF_DOCUMENT_TOKEN_TO_BE_REPLACED

Jeffrey Dean Morgan and Kyra Sedgwick star in the horror-thriller The Possession, about a malicious spirit which is set free after a young girl purchases a seemingly-harmless antique box. The film is due to hit cinemas August 31, but now the trailer has arrived, which is designed to give us the willies while seeming a little bit silly. It’s allegedly based on a true story, but we’ll leave it to you to decide just how true the film is.

The first poster for The Possession has arrived, trying to creep us out with its image of a hand coming out of someone’s mouth. Jeffrey Dean Morgan and Kyra Sedgwick star in this upcoming horror-thriller, about a malicious spirit which is set free after a young girl purchases a seemingly-harmless antique box. The film is due to hit cinemas on August 31.

Although from a British perspective it’s tough to imagine all that many people wanting to pay to watch a movie about hunting deer, shooting things is popular in the States and so you can get a film like The Rut. The movie now has a new cast member, as Variety reports that Ray Liotta is set to take on the villain role in director Karyn Kusama’s (Jennifer’s Body) film.

Chloe Moretz is playing the lead role in the movie, which is described as a mix between Whale Rider and Winter’s Bone. The story follows a young girl who sets out on a lone deer hunt in the woods to impress her father (Jeffrey Dean Morgan). Ray Liotta will play an obsessive bow hunter who considers Jeffrey Dean Morgan’s character his bitter rival.

The film will shoot later this year for release next year.

Based loosely on a true story, Mike Sounder (Sam Worthington) and Brian Heigh (Jeffrey Dean Morgan) play two cops investigating crime in the Texas bayous. Heigh becomes increasingly drawn to a series of murders where the bodies of the victims are dumped in an area that’s become known as The Killing Fields. Local guy Souder warns New York transplant Heigh against getting too deep into the investigation, partly because it’s outside their jurisdiction and partly because he knows it’s dangerous and you can get lost in trying to make sense of what’s going on.

However Heigh can’t give up and soon attracts the attention of the killer, who starts to seem as if he’s taunting the police with red herring clues. Then a local girl goes missing and the stakes are raised. END_OF_DOCUMENT_TOKEN_TO_BE_REPLACED

Jeffrey Dean Morgan, whose star has certainly risen in the past couple of years, is set to join young actress Chloe Moretz (whose been attached since 2010) in director Karyn Kusama’s (Jennifer’s Body) indie drama The Rut, according to Variety.

Described as a cross between Winter’s Bone and Sean Penn’s Into the Wild, the story follows a young girl who sets out into the wild by herself to hunt deer, hoping to win the approval of her father. It’s a very American story as you can’t imagine many British parents being impressed if their kids wandered off by themselves to kill an animal (indeed for most it’d be time to call the shrinks in).

It’ll be a while until we see The Rut though, as it isn’t set to start shooting until this October.