Before it even started filming, some had decided that the fact Fast & Furious helmer Justin Lin was directing Star Trek Beyond meant it was going to be a disaster. However, the early buzz is that they should have had a lot more faith, with many suggesting this it the best of the rebooted Star Trek bunch.

With only a few days until release, a final trailer has been released to ensure our appetites are suitably whetted.

Here’s the synopsis: ‘”Star Trek Beyond,” the highly anticipated next installment in the globally popular Star Trek franchise, created by Gene Roddenberry and reintroduced by J.J. Abrams in 2009, returns with director Justin Lin (“The Fast and the Furious” franchise) at the helm of this epic voyage of the U.S.S. Enterprise and her intrepid crew.  In “Beyond,” the Enterprise crew explores the furthest reaches of uncharted space, where they encounter a mysterious new enemy who puts them and everything the Federation stands for to the test.’

The film will be in cinemas on Friday. END_OF_DOCUMENT_TOKEN_TO_BE_REPLACED

The rebooted Star Trek has had plenty of success at the cinema, but one thing it’s been lacking is a five-year mission to seek out strange new worlds. However, now it seems it’s getting one, although as you would expect, as the crew of the USS Enterprise head off to strange new worlds, things don’t go smoothly.

Here’s the synopsis: ‘”Star Trek Beyond,” the highly anticipated next installment in the globally popular Star Trek franchise, created by Gene Roddenberry and reintroduced by J.J. Abrams in 2009, returns with director Justin Lin (“The Fast and the Furious” franchise) at the helm of this epic voyage of the U.S.S. Enterprise and her intrepid crew.  In “Beyond,” the Enterprise crew explores the furthest reaches of uncharted space, where they encounter a mysterious new enemy who puts them and everything the Federation stands for to the test.’

The film will be in UK cinemas on July 22nd. Take a look at the new trailer below. END_OF_DOCUMENT_TOKEN_TO_BE_REPLACED

The first trailer for Star Trek Beyond came in for quite a bit of criticism, not least for being very action-heavy and not Star Trek-y enough for some tastes. However, with the second trailer it seems Paramount feels the best approach is to double down on the action and suggestions of lots of epic special-effects. That said, they have added a few more character moments and suggestions this fits into a larger sci-fi universe.

Here’s the synopsis: ‘“Star Trek Beyond,” the highly anticipated next installment in the globally popular Star Trek franchise, created by Gene Roddenberry and reintroduced by J.J. Abrams in 2009, returns with director Justin Lin (“The Fast and the Furious” franchise) at the helm of this epic voyage of the U.S.S. Enterprise and her intrepid crew. In “Beyond,” the Enterprise crew explores the furthest reaches of uncharted space, where they encounter a mysterious new enemy who puts them and everything the Federation stands for to the test.’

The movie will be in cinemas July 22nd. Take a look at the new trailer below. END_OF_DOCUMENT_TOKEN_TO_BE_REPLACED

Although the first two rebooted Star Trek movies were a lot of fun, one thing they lacked was boldly going to explore strange new worlds and new civilisations. However, with Star Trek Beyond it’s been suggest the Enterprise will finally be embarking on their five year mission.

However, while JJ Abrams may not be directing (he is producing though), it appears they’re sticking with the secrecy that surrounded the earlier movie but telling us nothing about the plot and producing a first trailer which is pretty cool, but doesn’t tell us much about the plot.

You won’t be surprised to hear though that aliens are involved, one of them played by Idris Elba.

It also appears that new director Justin Lin is bringing a nicely retro feel, with the whole thing being oddly reminiscent of the 60s TV show, which makes sense if its taking place at the same time, even if it’s an alternate timeline. Of course it’s all a lot more high tech, but it’s still got a nice throwback feeling. You can take a look at the trailer below, and look forward to the film arriving in cinemas next July.

END_OF_DOCUMENT_TOKEN_TO_BE_REPLACED

A few weeks ago Michael C. Hall signed up to appear in Disney’s planned remake of Pete’s Dragon, but it seems he’s had to leave for some reason – although it’s not clear why – and has been replaced by Karl Urban, according to TheWrap.

However as when Hall signed up, there’s still no news on what character he’ll be portraying.

The original 1977 movie was a mix of live-action and animation, about a boy who escapes his horrible adoptive parents and befriends a dragon called Elliott. This time around the dragon with be CGI, and the story will also be rather different (it also won’t be a musical). Here Pete was raised in a forest by the dragon after his parents died in a car accident. He has to take on a group of loggers who are cutting down all of the trees.

Robert Redford is set play a local who tells tall tales involving dragons that no one believes, the equivalent of Mickey Rooney’s Lampie from the original. Bryce Dallas Howard, Wes Bentley and Oona Laurence will also star.

David Lowery is directing from a script he co-wrote with Toby Halbrooks. It’s believed the movie will start shooting in the next couple of months. 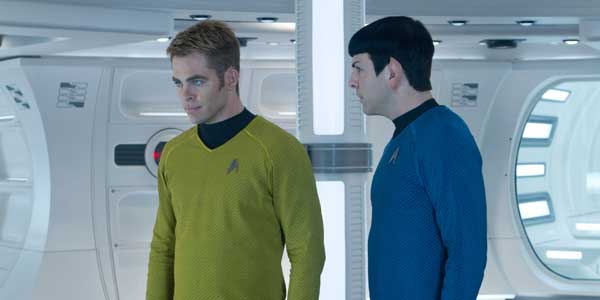 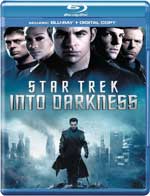 While JJ Abrams’ reinvention of Star Trek has proven very popular with audiences, there are quite a few uber-fans of the TV incarnations who pretty much seem to think Abrams is the anti-Christ. If they’d been hoping that Star Trek Into Darkness would be an olive branch, taking things back to exactly how they’d been before, they were sadly mistaken. Instead the movie forges forward with its parallel reality, doing things that will ensure classic Trek fans who didn’t like the first film will be absolutely spitting feathers at its twisting of earlier stories, while others will love the way it cleverly renews things. END_OF_DOCUMENT_TOKEN_TO_BE_REPLACED

A fair few new posters have popped up online in the last 24 hours, so we’ve decided to pull them all together so that you can take a look at them here.

First up is a new set of character posters for Star Trek Into Darkness, giving us a look at Chris Pine, Zachary Quinto, Zoe Saldana and co., ahead of the movies launch in the UK on May 9th and May 17th in the US.

Also offering a couple of character posters is Red 2, with Bruce Willis and John Malkovich looking very orange. The sequel sees the former CIA operatives back in action, and arrives in cinemas in July.

Finally the first poster for Rush, starring Chris Hemsworth and Daniel Bruhl has arrived, and charts the rivalry between F1 drivers James Hunt and Niki Lauda in the 1970s. The Ron Howard directed film is out later this year.

The first extended clip from Star Trek Into Darkness has arrived, which comes from early in the movie – indeed those who caught the IMAX prologue that was attached to The Hobbit will recognise much of the footage, although it’s been slightly tweaked for the final film.

It sees Spock stuck in a volcano and the only way to save him is to break the Prime Directive – which say Starfleet must not interfere in the development of more primitive civilisations. Will they break the rule to save Spock? Will he die? Why are Kirk and McCoy wearing shiny skin-tight suits?

We’ll be able to find out the answers when the film hits cinemas in the UK on May 9th and May 17th in the US.

If you ask me, Dredd is a mean film, as it insists on covering up the prettiness of Karl Urban with a helmet. Yes, we know it’s an important part of judge, jury and executioner title character, but why not let a really ugly actor and let Karl stand next to them looking fine?

Ever since the New Zealander was cast as Eomer in Lord Of The Rings, Karl has seemed to be heading towards the a-list without ever quite making it. Movies like Ghost Ship, Doom, The Chronicles Of Riddick, Pathfinder, and Priest didn’t set the box office (although that certainly wasn’t Urban’s fault), but he’s seen success with The Bourne Supremacy, Star Trek (as Bones) and Red. He’ll be back in space for Star Trek 2 next year, although before then he’ll be eyeing the box office numbers for Dredd. The production has been surrounded by rumours of problems, although early reviews have been pretty good, so hopefully it’ll find an appreciative audience.

So if you want to revel in all that is Karl (without a helmet on), take a look at the pics below. END_OF_DOCUMENT_TOKEN_TO_BE_REPLACED

It certainly seems to be Sam Claflin’s day, as we reported earlier that he’s landed the key role of Finnick Odair in The Hunger Games: Catching Fire and now there’s news that he and Emilia Clarke have signed up for the thriller Overdrive.

News of the project first surfaced back in October, when Karl Urban and Ben Barnes signed on as two car thief brothers, who move to the south of France to find more challenging work. Variety doesn’t say which character Sam Claflin will play, but the report doesn’t mention Ben Barnes, so it’s possible Claflin has taken over that role. Game of Thrones star Emilia Clarke is playing the female lead.

Antonio Negret (Transit) is directing from a screenplay by Derek Haas and Michael Brandt, with Taken director Pierre Morel producing.