David O. Russell has always liked working with the same actors on different films, even if in the past his temper has meant people haven’t wanted to work with him. However he’s calmed down in recent years and a few months ago it was revealed he was due to make his third movie in a row with Jennifer Lawrence, Joy.

Now he’s bringing in a fellow Silver Linings Playbook actor to star alongside Lawrence, Robert de Niro, according to THR.

The film is a biopic of Joy Mangano, a struggling Long Island single mom of three who became one of the country’s most successful entrepreneurs with her self-wringing Miracle Mop invention. Annie Mumolo wrote the script about a woman who was working three jobs to try and support her family, and had to fight to get her invention recognised, but it eventually became a home shopping sensation, including her becoming one of the Home Shopping Network’s most successful presenters. Robert De Niro will play Joy’s father.

The film is due to shoot next February and may well be making an Oscar run at the end of 2015.

Robert De Niro and Zac Efron may not be most the first duo people would think of for a comedy partnerst, but it looks like it will happen, as the two actors are in early talks to star in Dirty Grandpa, according to THR.

The movie is about is about, ‘a young man (Efron) who is tricked into driving his grandfather (De Niro), a perverted former Army general who thinks his grandson is about to marry the wrong woman, to Florida for spring break.’

Borat and Bruno co-writer Dan Mazer is set to directing from a script by John Phillips.

It’ll be interesting to see how Efron and De Niro measure up against each other in what sounds like it’ll be a bit of a gross-out comedy. 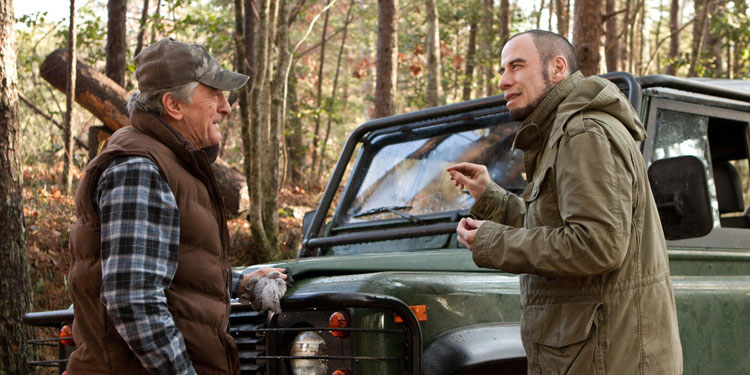 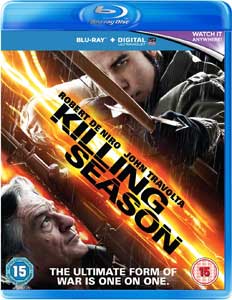 It’s a particular shame as this is the first time Robert de Niro and John Travolta have appeared on-screen together. END_OF_DOCUMENT_TOKEN_TO_BE_REPLACED

At Sundance Robert de Niro debuted a documentary about his father. However what few people realised until then was that his dad was gay. The actor’s father and mother divorced shortly after he was born, as Robert De Niro Sr. had realised his sexuality.

Now the doc, Remembering The Artist, is coming up to its first airing on HBO, so De Niro sat down with Out magazine to pay tribute to his father.

Speaking of the documentary, the actors says that while documenting his dad’s legacy was important to him, it wasn’t originally going to be for public consumption. “I felt I had to. I felt obligated. It was my responsibility to make a documentary about him,” he says. “It was not intended to be on HBO. It was just something I wanted to do.”

Despite his desire to make the documentary, he says “We were not the type of father and son who played baseball together, as you can surmise, But we had a connection. I wasn’t with him a lot, because my mother and he were separated and divorced… He was absent in some ways. (But) he was very loving. He adored me… as I do my kids.”

As for his father’s sexuality, de Niro adds, “Yeah, he probably was [conflicted about his homosexuality], being from that generation, especially from a small town upstate. I was not aware, much, of it. I wish we had spoken about it much more. My mother didn’t want to talk about things in general, and you’re not interested when you’re a certain age.

“Again, for my kids, I want them to stop and take a moment and realize that you sometimes have to do things now instead of later, because later may be 20 years from now — and that’s too late.”

Interestingly, although de Niro has starred in several movies about LGBT characters (such as Flawless), he’s never played gay himself. When asked whether his own past played into that fact, he says, “No, they weren’t offered to me. If they had been offered to me by a good director, that’s something I would have considered.”

De Niro Sr. was a successful figurative painter whose work is included in many important collections of American art. However he had trouble with gallery owners and fell out of favour when his art didn’t adapt to the emergence and popularity of pop art in the 1960s. The documentary covers this, as well as revealing more about De Niro Jr’s upbringing and relationship with his dad.

Remembering the Artist: Robert De Niro Sr. premieres on HBO in the US June 9th. You can watch the trailer below. END_OF_DOCUMENT_TOKEN_TO_BE_REPLACED

It’s been announced that Robert Pattinson has some company in the thriller Idol’s eyes, as Deadline reports that Robert de Niro has signed on, while Variety adds that Rachel Weisz will star too.

Olivier Assayas will direct the movie, which will start shooting in October. Idol’s Eye is ‘is based on a 2007 Playboy article called Boosting The Big Tuna by Hillel Levin. It follows a group of thieves who rob a man who turns out to be Chicago mafia boss Tony Accardo. ‘  It has been described as a sophisticated, heist action/thriller.

It’s not clear who the actors will play.

Assayas is best known for Carlos The Jackal and had the English-language drama Clouds of Sils Maria playing in competition in Cannes this year.

Last November Reese Witherspoon entered talks to join The Intern, replacing the previously attached Tina Fey. However now Witherspoon has moved on too due to scheduling issues, but they may have found a good replacement as THR reports Anne Hathaway has joined the workplace comedy.

The movie is about the owner (Hathaway) of a fashion website, who starts a community outreach program seeking ‘senior’ interns. She’s thinks that high school and college seniors will apply, however she gets a surprised when she discovers that her intern is a 70-year-old man (Robert De Niro), who proves to be surprising asset to her company.

Robert De Niro and Anne Hathaway have already conducted a table read for the director, which is said to have gone extremely well. Nancy Meyers (Something’s Gotta Give) is set to direct.

Here’s a film that seems to have snuck in with few people knowing it even existed. However The Bad Man, previously known as Motel, is coming and now the first trailer has arrived, which you can take a look at here.

Motel is about a hitman (John Cusack) who is hired by a famous mob boss (Robert De Niro). The assassin realises he has to fight his way through a cadre of other dangerous people who were also hired by the mobster to convene at a shady motel, and then teams up with a woman to plan his escape, making away with a mystery bag in the process.

It’s due out in the US next month. END_OF_DOCUMENT_TOKEN_TO_BE_REPLACED

Much has been written about Robert De Niro over the years, but there’s not been a huge amount of talk about the fact he comes from a family where both his parents were painters. However his father and mother divorced shortly after he was born, as Robert De Niro Sr. had realised he was gay.

Even though this was in the mid 1940s when homosexuality was still illegal, both the actor and his mother stayed close to De Niro Sr. Indeed Robert Jr. helped his dad financially in his later years and dedicated his directorial debut, A Bronx Tale, to his father shortly after he died.

Now Robert has headed to Sundance to help introduce a new documentary about the life and work of his father, which will screen on HBO in June. In a Q&A at the event, he said, “I did this for him. I wanted my younger kids — who were born after he died — to know what their grandfather did. I even kept his painting studio intact so they could see it.”

De Niro Sr. was a successful figurative painter whose work is included in many important collections of American art. However he had trouble keeping with gallery owners and fell out of favour when his art didn’t adapt to the emergence and popularity of pop art in the 1960s. The documentary covers this, as well as revealing more about De Niro Jr’s upbringing and relationship with his dad.

Director Perri Peltz says of the documentary, “Originally, Bob wanted to make the film just for his family. But then we realized it tells the story not just of Robert De Niro’s Sr.’s work — which is amazing — but the entire art world of the time.” (Source: THR)

Robert De Niro and Reese Witherspoon have decided to team up, as they are in talks to join The Intern, according to Deadline. Last year the project had Tina Fey attached, but she’s since moved on.

The movie is about the owner (Reese Witherspoon) of a fashion website, who starts a community outreach program seeking “senior” interns. She’s thinks that high school and college seniors will apply, however she gets a surprised when she discovers that her intern is a 70-year-old man (Robert De Niro) who proves to be surprising asset to her company.

Nancy Meyers is directing from her own screenplay. It isn’t clear when it might shoot.

Last Vegas has been described as the ‘old boys Hangover’ with the likes of Robert De Niro, Morgan Freeman, Michael Douglas and Kevin Kline (who are all, incidentally, Oscar winners) heading to Vegas and inevitably getting into trouble. Now the new trailer for the movie has arrived.

Here’s the synopsis: ‘Billy (Michael Douglas), Paddy (Robert De Niro), Archie (Morgan Freeman) and Sam (Kevin Kline) have been best friends since childhood. So when Billy, the group’s sworn bachelor, finally proposes to his thirty-something (of course) girlfriend, the four head to Las Vegas with a plan to stop acting their age and relive their glory days. However, upon arriving, the four quickly realize that the decades have transformed Sin City and tested their friendship in ways they never imagined. The Rat Pack may have once played the Sands and Cirque du Soleil may now rule the Strip, but it’s these four who are taking over Vegas.’

It should hit cinemas in November. END_OF_DOCUMENT_TOKEN_TO_BE_REPLACED