The Hunger Games: Catching Fire has been trying to selling itself on showing off the over-the-top style of the Capitol, the autocratic place that hold control over the districts and forces competitors into the Hunger Games arena to do battle.

Now a new series has been with an image of Jena Malone as Johanna Mason, a former champion who initially seems to take a disliking to Jennifer Lawrence’s Katniss Everdeen but eventually revealed hidden depths. The pic debuted over at CapitolCouture.

Here’s the description that came with the pic: ‘The young District 7 victor takes glamour to new heights.

‘Johanna Mason may hail from the lumber district, but this slip of a victor is anything but green.  Don’t be swayed by her cinnamon sprinkle of freckles and delicate, doll-like features. She was one of the youngest tributes ever reaped in Hunger Games history and her agility with an axe resonates throughout Panem. Sly. Savage. Sangfroid. These are just a few of the adjectives tossed around to describe Mason, who’s known for disarming her victims by feigning weakness.

‘Mason arrives at her photo shoot for Capitol Couture looking anything but meek. She has a reputation for being snide with her prep team.  District 7’s stylist has been dressing tributes like oak trees and firs for the opening ceremonies ever since the first Hunger Games. Clearly, Mason prefers a more conceptual take on lumber and paper.  “My stylist’s the biggest idiot in the Capitol. Wish I’d gotten Cinna,” she has been known to mumble.

‘During make up, Mason doesn’t fidget as her artist adheres three-inch eyelashes to her lower lashline that only intensify her disarming gaze. (It’s telling that she doesn’t flinch once, even when dots of hot glue are applied.) A palette of golden metallic eyeshadow brings out the greenish brown of her up-slanted eyes and extended wings of copper cream shadow add depth.  For her lips, a trace of nude liner is filed with a matte soft sienna lipstick and then overlaid with bronze gloss.  Her lustrous chestnut locks, upswept into a coronet of curls, lend an organic majesty to the look. The effect is futuristic forest queen. It’s almost as if this petite tribute has been gilded by a nymph from her very own district.

‘But it’s her custom gown—a graceful collaboration by Capitol costume designer Trish Summerville and couture designer Jan Taminiau—that transforms her from gladiator to goddess. Constructed of artfully shredded and ruched chiffon and rags, the confection feels like flutters of paper in a gentle breeze.  The use of bark tissue or sculpted cork for the bodice, one sleeve and plumed collar is a nod to the natural resources of District 7.  “I love creating a fantasy around a woman’s body,” says the Dutch designer Taminiau of his creative process. The asymmetry suits Mason and allows us a glimpse of her bold bracelet of bronze nails. The gold ear cuffs by jewelry designer Eddie Borgo supply just the right amount of glint.

Mason poses for a few shots and then slips off her four-inch platform Camilla Skovgaard jagged-wedged sandals. She suddenly looks smaller, even younger—but hardly weak.  Clearly, the odds are ever in her favor and this victor doesn’t need to knock on wood.’

With shooting set to begin in a few weeks time, Paul Thomas Anderson is busy filling out the cast for Inherent Vice. Now he’s lined up a Walk The Line reunion by adding Reese Witherspoon to the cast, who’ll join Joaquin Phoenix in the movie, according to Deadline. TheWrap adds that Martin Short and Jena Malone will also be in the film.

Based on Thomas Pynchon’s novel, the 1970s set movie follows Doc Sportello (Phoenix), a pot-smoking private detective who investigates a case involving a kidnapped woman. However he finds himself involved in something much larger. Benicio Del Toro is playing Sportello’s lawyer and friend in need. Witherspoon and Short’s roles haven’t been revealed, but Malone will play a former drug addict in need of Sportello’s help.

Owen Wilson will also be in the film in an as-yet-undisclosed role.

It’s starting to feel like we’ll be posting these Hunger Games: Catching Fire fashion portraits every day until the movie is released this November. We’ve already had Effie Trinket and Caesar Flickman, as well as Haymitch, Katniss and Cinna. Now it’s the turn of Beetee (Jeffrey Wright) and Johanna Mason (Jena Malone) – and if everybody from the Quarter Quell Hunger Games is getting a portrait, there’ll be a lot more to come.

Here’s the synopsis for the film: ‘Catching Fire begins as Katniss Everdeen has returned home safe after winning the 74th Annual Hunger Games along with fellow tribute Peeta Mellark. Winning means that they must turn around and leave their family and close friends, embarking on a “Victor’s Tour” of the districts. Along the way Katniss senses that a rebellion is simmering, but the Capitol is still very much in control as President Snow prepares the 75th Annual Hunger Games (The Quarter Quell) – a competition that could change Panem forever.’

Johanna is a former victor from District 7, who like many other champions is forced back into the arena. She’s a ruthless woman who almost immediately butts up against Katniss, although slowly starts to warm to her. Beetee meanwhile is an oddball that most people think will only last a few minutes back in the arena. However Katniss teams up with him and realises how useful his knowledge of electronics will be.

The film’s due out November 22nd.

Last week it appeared Lionsgate had decided on actress Zoe Aggeliki to play Johanna Mason in the highly-anticipated sequel The Hunger Games: Catching Fire, but it appears that’s fallen through, as THR reports that Sucker Punch’s Jena Malone is in early talks for the role.

Johanna Mason is a loner who is said to have no family and friends back home in District 7. She tries to form an alliance with Katniss (Jennifer Lawrence) and Peeta (Josh Hutcherson) during the 75th Hunger Games, where the field is comprised of former winners. The character is known for her proficiency with an axe, and for her ability to manipulate others into trusting her. However she has a very prickly relationship with Katniss.

Francis Lawrence is directing from a screenplay by Simon Beaufoy and Michael Arndt. Production is slated to begin in late September. 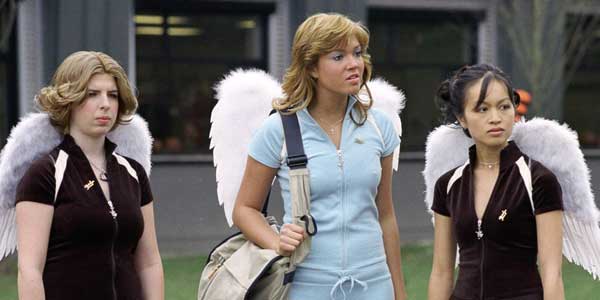 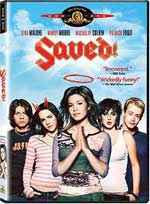 Mary is a religiously devoted student at American Eagle High School, who decides that the only way to save her gay boyfriend from the fires of hell is to sleep with him (she reckons Jesus won’t mind if she does it to save his soul). However this leaves her pregnant and questioning whether the religious strictures that she believes can really be true. END_OF_DOCUMENT_TOKEN_TO_BE_REPLACED