Long before the word ‘frenemies’ had been coined, Bette Davis and Joan Crawford were exactly that. Never afraid to share a bitchy comment about the other, or to jockey to either put themselves above the other or to push their fellow movie star down – their rivalry became legend.

However, after feuding for decades, the the early 1960s Davis and Crawford found themselves out of favour in Hollywood and struggling to get parts. As a result something happened that no one thought ever would, they agreed to be in a movie together – What Ever Happened To Baby Jane?

Now American Horror Story and Glee’s Ryan Murphy has created a new show about what happened during the making of the camp melodrama. Jessica Lange plays Crawford with Susan Sarandon as Davis, and as the trailer below shows, there’s all the cat-fighting and bitchiness you could possibly hope for.

The movie starts airing on FX in the States on March 5th. Take a look at the trailer below. END_OF_DOCUMENT_TOKEN_TO_BE_REPLACED The film is surprisingly careful not to make the joke that it’s Dustin Hoffman pretending to be a woman, instead ensuring the humour comes from his character’s negotiation of his own assumptions about gender roles. While it is about a guy learning to be a better man by becoming a woman (and therefore the focus is on the male), its viewpoint is very much on the side of women and how society has marginalised them, often without actively thinking about what it’s doing. What he does is essentially to exploit womanhood, but in doing so he learns things about the world around him he’d never realised. END_OF_DOCUMENT_TOKEN_TO_BE_REPLACED

As was suggested before American Horror Story: Freak Show started airing, Jessica Lange has now confirmed that she’s ‘done’ with the show. While it may be sad to lose her, that doesn’t mean the next season won’t be getting a great cast – and it’s also getting a good quotient of gayness – as Vulture reports that at the LA TV Festival it was revealed Cheyenne Jackson and Matt Bomer will both appear in the upcoming American Horror Story: Hotel.

They join the previously announced Lady Gaga, with Bomer hopefully getting more screentime this time around than his brief appearance in Asylum. Jackson meanwhile is an AHS virgin.

There’s no news on who they might play, or indeed which of the other ‘regular’ actors wil return. Sarah Paulson has suggested she’d be happy to return if the scheduling works out, while Denis O’Hare also appears to be close to agreeing to do it.

Of her decision to leave, Lange didn’t give a full reason as to why she doesn’t want to stick around (in fact, quite the opposite), but did say, “We’ve had a great run. I have absolutely loved doing these four characters, and in all the madness, I loved the writers, actors, Ryan, the whole insanity of it, the stories, shooting here, shooting in New Orleans, everything… To cut to the chase, yes, I’m done.”

American Horror Story: Hotel will start airing on TV towards the end of 2015.

After a teaser a few weeks ago, the full trailer for Mark Wahlberg’s upcoming movie The Gambler has now arrived, which you can take a look at below.

Here’s the synopsis: ‘Synopsis: Jim Bennett (Academy Award®-nominee Mark Wahlberg) is a risk taker. Both an English professor and a high-stakes gambler, Bennett bets it all when he borrows from a gangster (Michael Kenneth Williams) and offers his own life as collateral. Always one step ahead, Bennett pits his creditor against the operator of a gambling ring (Alvin Ing) and leaves his dysfunctional relationship with his wealthy mother (Academy Award®-winner Jessica Lange) in his wake. He plays both sides, immersing himself in an illicit, underground world while garnering the attention of Frank (John Goodman), a loan shark with a paternal interest in Bennett’s future. As his relationship with a student (Brie Larson) deepens, Bennett must take the ultimate risk for a second chance…’

The movie will be in UK cinemas on December 19th.

The first teaser for The Gambler – starring Mark Wahlberg, John Goodman, Brie Larson, Michael Kenneth Williams and Jessica Lange – has arrived. It’s a bit of a change of director for Wahlberg after Transformers 4 and for director Rupert Wyatt, whose last movie was Rise Of The Planet Of The Apes.

Here’s the synopsis: ‘Jim Bennett (Academy Award®-nominee Mark Wahlberg) is a risk taker. Both an English professor and a high-stakes gambler, Bennett bets it all when he borrows from a gangster (Michael Kenneth Williams) and offers his own life as collateral. Always one step ahead, Bennett pits his creditor against the operator of a gambling ring (Alvin Ing) and leaves his dysfunctional relationship with his wealthy mother (Academy Award®-winner Jessica Lange) in his wake. He plays both sides, immersing himself in an illicit, underground world while garnering the attention of Frank (John Goodman), a loan shark with a paternal interest in Bennett’s future. As his relationship with a student (Brie Larson) deepens, Bennett must take the ultimate risk for a second chance…’

It’s out in the US in December but no official UK release date has been set yet. Take a look at the teaser trailer below. END_OF_DOCUMENT_TOKEN_TO_BE_REPLACED

Thanks to American Horror Story Jessica Lange has had a bit of a career resurgence (and she’ll have more time for other projects soon, as she’s said she’ll only do one more season of AHS after the current Coven). Now she’s booked a movie role, as Deadline reports that she has joined the cast of a remake of The Gambler.

Mark Wahlberg is already on board for the do-over of the 1974 James Caan, which was about a literature professor with a gambling problem who runs into trouble with some local gangsters. Lange will play the mother of Wahlberg’s characters, who is described as ‘rich and ostentatious’.

The Departed’s William Monahan wrote the remake script, with Rupert Wyatt directing. There’s no news on exactly when it will shoot. 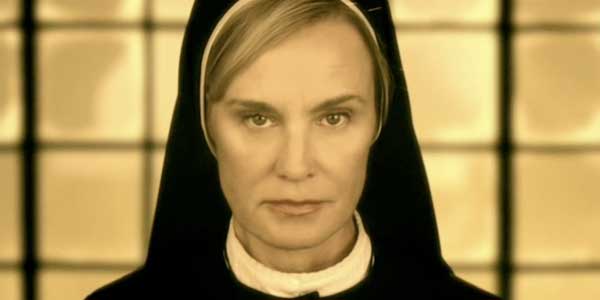 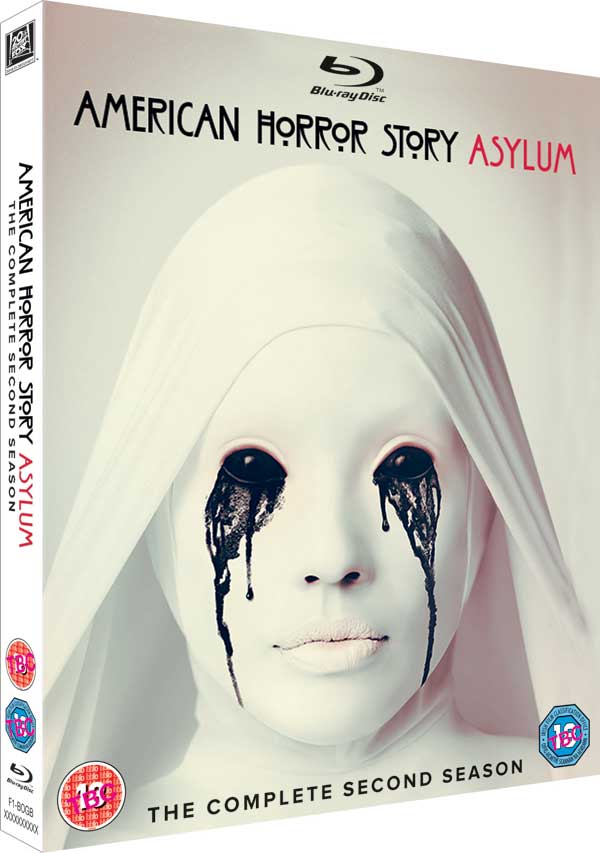 We start out in the present day, when a man (Maroon 5’s Adam Levine) and his girlfriend are poking around the ruins of Briarcliff when they are confronted by an incarnation of the psychotic serial killer, Bloodyface. We then flash back to the 1960s, when Briarcliff in still in operation, presided over by the terrifying nun, Sister Jude (Jessica Lange). END_OF_DOCUMENT_TOKEN_TO_BE_REPLACED

Inspired by a true story, Rachel McAdams and Channing Tatum play Paige and Leo, a young married couple who are desperately in love and living a slightly bohemian life in the big city. However their romantic idyll is shattered when a truck rear-ends their car, sending Paige through the windscreen. She’s left with amnesia, meaning that while she can remember her early life, she has no memory of Leo or their marriage. Indeed, the last she can remember, she was engaged to another man (Scott Speedman). She also can’t understand why she’s supposedly estranged from her wealthy parents, or why she’s now an artist when the last she knew she was in law school. END_OF_DOCUMENT_TOKEN_TO_BE_REPLACED