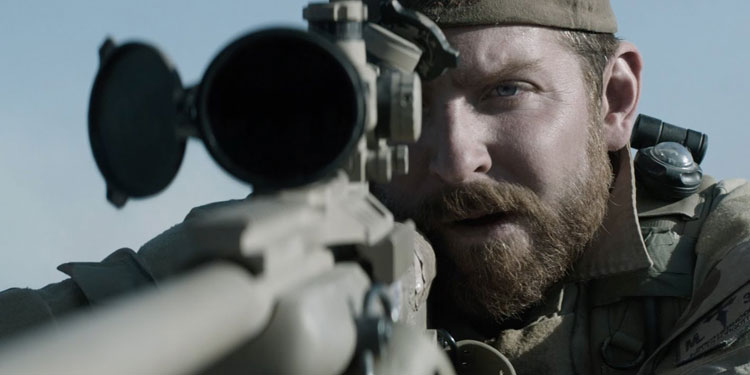 The film is about Chris Kyle (Cooper), who found ‘fame’ of sorts when he became the Navy SEAL sniper with the most verified kills in US history. However, the movie isn’t just about his time on the battlefield but also its effects – both how he deals with what he’s doing while on tour (which for a sniper is oddly personal, as it involves very deliberately finding a single person and snuffing out their life) and also when he arrives back home and is suddenly supposed to jump into ‘normal’ life again. END_OF_DOCUMENT_TOKEN_TO_BE_REPLACED

Courtney Cox wants to show she’s got more than just acting feathers to her bow, as she’s busy planning her directorial debut, and she’s lined up a decent cast to help her. Variety reports that she’ll helm the indie Hello I Must Be Going, which has Seann William Scott, Kate Walsh, Kyle Gallner and Rob Riggle set to star.

Not much has been revealed about the plot, although Scott will play a man contemplating suicide, but before that he decides to revisits his hometown to settle some scores.

David Flebotte wrote the screenplay, having first worked with Cox on her TV series, Dirt. Shooting will begin in LA later this month.

From the moment Kevin Smith first mentioned Red State several years ago, it was clear it wasn’t going to be like any of his other movies. Although his claims it would be an incendiary movie that’s “so bleak that it makes The Dark Knight look like Strawberry Shortcake” turned out to be slightly hyperbolic, it’s certainly a new side to the director. It’s rare that making a violent horror/thriller movie can be said to show a director maturing, but this really is Kevin Smith on a different level to where he’s been before.

The director’s earlier movies have been a relatively easy ride, with fairly simple stories, plenty of jokes and a rather point and shoot filming style (that’s not to denigrate how much fun they are). END_OF_DOCUMENT_TOKEN_TO_BE_REPLACED