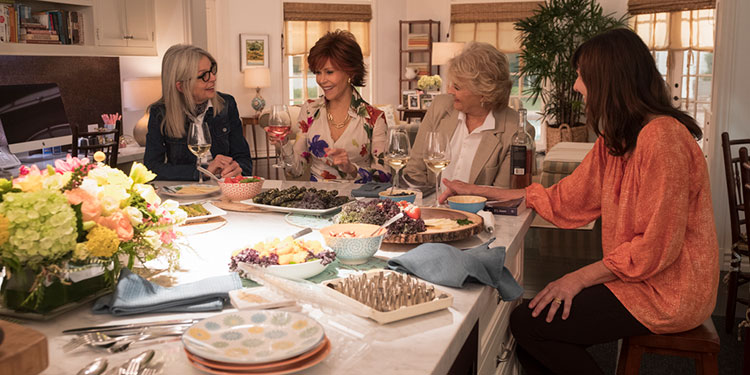 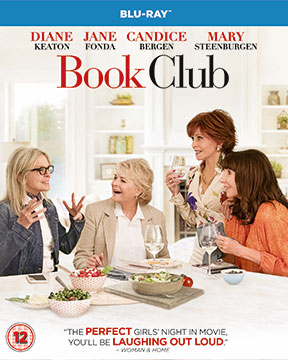 You’ve certainly got to hope that with a cast including Diane Keaton, Jane Fonda, Candice Bergen, and Mary Steenburgen, Book Club will be a lot of fun. It’s also got a potentially fun concept, with the quartet of actress playing friends who’ve started a book club to improve their minds.

However, they get more than expected when they start reading 50 Shades Of Grey, which opens their minds to new possibilities. Craig T. Nelson, Andy Garcia and Don Johnson also star in the movie, which is due in cinemas in May.

The first trailer for the film has now arrived, which you can take a look at below. END_OF_DOCUMENT_TOKEN_TO_BE_REPLACED

Mary Steenburgen always adds value to a cast, and she’ll hopefully be doing that in Song One, as Deadline reports that she’s in talks to join the music-centred drama Song One, for writer-director Kate Barker-Froyland.

Anne Hathaway is already on-board to play a woman who returns home when her brother is injured and starts up a relationship with his favourite musician, James Forrester (played by Lotus Eaters star Johnny Flynn), while also coping with her family issues. Steenburgen is set to be Hathaway’s mother.

The current plan is to shoot Song One this summer, so expect it in cinemas sometime next year. Steenburgen will next be seen in Last Vegas, alongside Robert De Niro and Michael Douglas.

Mary Steenburgen in an Oscar-winning actress who it always feels should be in more and better films than she is. Now she’s just joined a high-profile project for Hollywood’s aging stars, Last Vegas.

The movie is about Billy (Michael Douglas), a longtime ladies man who is finally settling down and getting married in Las Vegas, to a woman half his age. Robert De Niro, Morgan Freeman, and Kevin Kline are playing Billy’s old friends who reunite in Sin City for the nuptials. Unsurprisingly, the film is being sold as an old guys’ The Hangover.

Mary Steenburgen will play Diana, a Vegas lounge singer who gets too close to Billy before his wedding. Diana also becomes involved in a bizarre love triangle when Robert De Niro’s Paddy takes an interest in her as well.

Jon Turteltaub is directing from a screenplay by Dan Fogelman. Shooting will begin this fall in Las Vegas. (Source: Deadline)