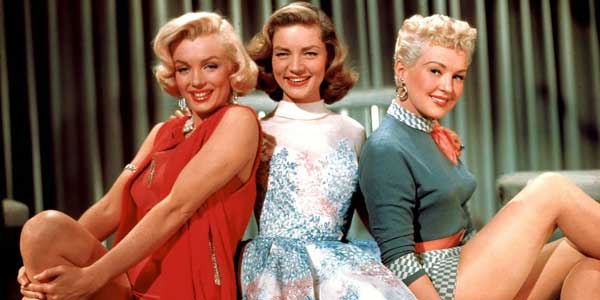 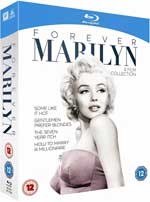 To be honest, it’s only Some Like It Hot that can be considered a true classic, as it’s likely the other three would be largely forgotten if it weren’t for the presence of Marilyn. Gentlemen and Millionaire in particular are the lightest of light comedies. Indeed it’s an odd fact that like many actresses of her era, she’s more famous than the films she starred in – after all, everyone knows Monroe’s face, but most have seen few, if any, of her films. END_OF_DOCUMENT_TOKEN_TO_BE_REPLACED

It’s a bit of a surprise that it’s taken so long for The Celluloid Closet to make it to DVD. The 1995 documentary, which looks at the history of gays and lesbians in film, won numerous awards and was a major success on its release, and yet it’s only just appearing on DVD now. Based on the book by Vito Russo, which was the seminal work on the subject, it’s a fascinating trawl through a topic that has always been present in cinema, but for most of its history was hidden away and never openly mentioned.

Starting right at the earliest days of moving images, The Celluloid Closet charts the different ways cinema has tried to deal with homosexuality, from Marlene Dietrich dressing in a tux and kissing a woman in 1930’s Morocco, to how The Hay’s Code insisted that any suggestion of homosexuality was stripped out of film adaptations of Tennessee Williams. END_OF_DOCUMENT_TOKEN_TO_BE_REPLACED