If Liam Neeson had any need to top up his pension pot, he must have been very happy to have been cast in Taken, which has turned into an opportunity for him to get increasingly large paycheques (reportedly $20 million for Taken 3) just to run around being very angry and killing people – with not much else required on the acting front.

However he needs people to be angry opposite (and to kill), and for Taken 3 one of those co-stars will be Forest Whitaker, according to Deadline. Maggie Grace is also expected to return, with Olivier Megaton (who helmed the second movie) directing.

Robert Mark Kamen and Luc Besson wrote the script, but no plot details have been released. It’s safe to assume there will be an endless supply of bad guys for Neeson to kill – although there may be a slight change this time, as the creators have promised a slightly different premise to the first two movies.

The hope is to get it into production in March.

20th Century Fox and EuropaCorp are obviously very keen to make Taken 3, as they’re in the process of closing a massive deal that will give Liam Neeson $20 million to return as Bryan Mills, according to Deadline.

The first murmurings that Taken 3 was in the works came last October when it was revealed that Taken and Taken 2 writers Luc Besson and Robert Mark Kamen were working on the script. However at that time Neeson wasn’t signed up, and it’s taken a lot of money to get him.

The first Taken earned over $225 million worldwide from just a $25 million budget and followed Liam Neeson’s Bryan Mills as he frantically tries to get his kidnapped daughter Kim (Maggie Grace) back from her captors. While last year’s sequel, Taken 2, was critically trashed, it nevertheless grossed $376 million worldwide, making a third movie very much worth making.

No director has been attached to Taken 3 yet, but it is believed that Taken 2 filmmaker Olivier Megaton may return to the helm. The studio is eyeing to hoping to shoot in February 2014 and are also keen to get Maggie Grace and Famke Janssen to come back too. 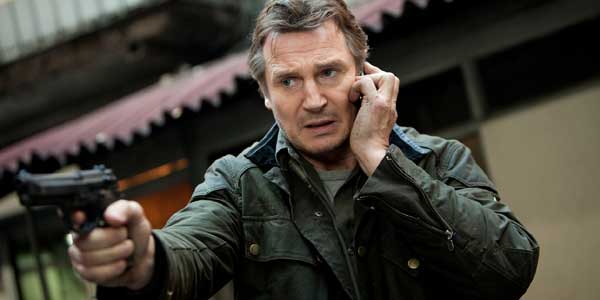 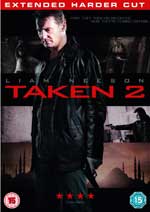 I’m not entirely sure what it was about Taken that made it a $200+ million grossing film around the world. It was a decent enough action movie, but nothing particularly amazing. However its success ensured we’d get a Taken 2, and it’s not surprising Liam Neeson was keen to return, as the first movie gave his career a real shot in the arm. END_OF_DOCUMENT_TOKEN_TO_BE_REPLACED

Olivier Megaton may have chosen a silly name (he was born Olivier Fontana), but he’s had plenty of success directing Transporter 3, Colombiana and Taken 2. Now he’s planning a new action-thriller, Taking Gotham, according to Deadline.

Thomas Kelly (Blue Bloods) has come up with the screenplay, which is based on the true story of an NYPD unit that was created to stop a spate of violent robberies (in case you didn’t know Gotham isn’t just where Batman lives, it’s another nickname for New York). However, a sting operation goes wrong and the police department decide to cut all ties with the undercover officers, who are then forced to go in deeper in order to clear their names.

Nicolai Fuglsig was previously attached to direct, although a deal was never finalised. Casting will begin immediately, suggesting it won’t be too long before this one starts shooting.

A brand new internet exclusive trailer has hit for Taken 2, giving us a fresh look at the upcoming sequel. The movie is out September 28th (in the UK), and sees Neeson’s Brian Mills return and he’s back in trouble. The retired CIA operative and his wife are in Istanbul and get taken hostage by the father of a kidnapper Mills killed while rescuing his daughter in the first movie.

It’s four years since Taken arrived, became a surprise hit and completely reinvigorated Liam Neeson’s career. This September 28th (in the UK) Taken 2 arrives, which sees Neeson’s Brian Mills return and he’s back in trouble. The retired CIA operative and his wife are in Istanbul and get taken hostage by the father of a kidnapper Mills killed while rescuing his daughter in the first movie. Take a look at the new trailer.

After the success of Taken, it’s taken a while for them to put a follow-up together, but now it’s coming and a trailer has been released. In the film retired CIA operative Bryan Mills and his wife are in Istanbul and get taken hostage by the father of a kidnapper Mills killed while rescuing his daughter. Directed by Olivier Megaton and is set to hit cinemas on October 5th.

Liam Neeson has a lot to thank Taken for, as it re-energised his career as a leading man. Now he’s returning to the role of Bryan Mills in Taken 2, and to prove it EW has debuted the first three stills from the movie.

This time around, the events of the first film catch up with Bryan, resulting in the retired CIA Agent and his wife (Famke Jansen) getting taken hostage during their vacation. Bryan must rely on his daughter (Maggie Grace) to help him escape.

Here’s what Neeson had to say about it, “The action is supposed to take place about a year or a year and a half after the first story. It’s a very clever sequel with the usual thrills and spills, but the ante is upped quite a bit in this one.” … “I’ve taken a job over in Istanbul looking after a sheik who is there, and afterward I discover that my wife’s going through a very bad time with her new husband. So I suggest she and my daughter come over for a few days and hang out with me in this amazing city. And then… [laughs] all this s—t happens, of course.” … “I’m taken — let’s put it that way. They kidnap him to humiliate him, torture him, and ultimately bring him back to the village in Albania where the boys from the original film came from. With the help of my daughter… she wants to help me escape from where these bad guys have me.”

Taken 2 is due out on October 5th.

It may have taken them a while to get Taken 2 ready for filming, but it’s now gearing up to shoot, and new cast members are coming on-board to join returnees Liam Neeson and Maggie Grace. The latest to sign up is Luke Grimes, according to Variety.

Grimes is probably best known for playing Ryan in TV’s Brothers & Sisters, but has also appeared in All The Boys Love Mandy Lane (which was his debut) and will soon be in The Wait and Outlaw Country. In Taken 2 he’s set to be Maggie Grace’s love interest, who gets roped into helping her when her parents are kidnapped by the father of one of the bad guys from the first movie.

Olivier Megaton is set to direct.