How do you make a true-tale movie where the facts are in dispute? Well, you either pretend they’re not in dispute, or you try to find a way to suggest you don’t fully know what happened. Or, like Lovelace, you try to do both and trip over yourself in the process. 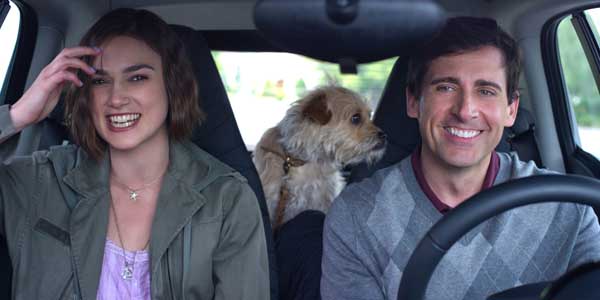 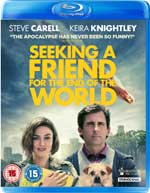 What would you do if you knew the world was going to end in three weeks? Maybe you’d carry on with your day-to-day life, go crazy and do all the things you’d always wanted to but just hadn’t had time for yet, or maybe you simply just don’t know.

These are the things that Lorene Scafaria sets out to explore in this touchingly sweet, sad and laugh out loud look at the end of the world. Where as apocalyptic films in the past have looked at how the human race can save the day and prevent the world from being smashed to pieces, this uniquely original film looks at it from the everyday person’s perspective as they casually live out their last days. END_OF_DOCUMENT_TOKEN_TO_BE_REPLACED

It’s almost like a coming of age for actors nowadays to play gay, and the latest to sign up to do just that is Adam Brody, who’s joined the comedy Baggage Claim as what Variety describes as ‘a flamboyant flight attendant’.

OC stars Brody joins Paula Patton and Octavia Spencer, with Patton as Montana Moore, a flight attendant who is the oldest, unmarried woman in her family. She goes on a cross-country trek to find a husband in 30 days, before her younger sister gets hitched. Spencer and Brody are fellow flight attendants who come up with a plan to help Patton’s character, organising for her to bump into various exes as she goes on her travels.

Kristen Bell gained a lot of fans thanks to Veronica Mars, but since then she’s only managed to flit around the edge of movie stardom. Now she’s got another couple of role she’ll hope will cement her position as a box office talent, as she’s set to star in Neil LaBute’s Some Girl, as well as Disney’s animated project, Frozen.

THR reports that LaBute’s adaptation of his stage play stars Adam Brody (Damsels in Distress) as a man who attempts to make amends with several ex-girlfriends on the eve of his wedding. Bell plays Bobbi, a smart, articulate woman he bailed on years before without a word, leaving her without respect or love for him.

Bell has also signed up to voice the lead role in Frozen, an upcoming animated musical from Walt Disney Pictures. Frozen is the latest incarnation of Disney’s endless attempts to make a movie based on The Snow Queen fairy story. However, it’s not known how much of the oriignal tale remains, or who Bell might play, although it is said that she will be both speaking and singing as the lead character. Chris Buck (Surf’s Up) is directing. The film’s due out late 2013.

Whit Stillman got quite a following with the likes of Metropolitan and The Last Days Of Disco, but he hasn’t made a movie in 13 years, until now, that is. He’s back with Damsels In Distress, about a trio of girls set out to change the male-dominated environment of the Seven Oaks college campus, and to rescue their fellow students from depression, grunge and low standards of every kind. Greta Gerwig and Adam Brody star, so take a look at the new trailer. No UK release date is currently set.

Since The O.C. ended, we haven’t heard too much from Adam Brody, but now Variety reports he’s in negotiations for the lead role in an adaptation of the play Some Girls by writer-producer Neil LaBute, which will be directed by Jennifer Getzinger, and he has also joined Welcome to the Jungle.

Some Girls is about a successful writer who, before getting married, decides to travel across the country to meet his five ex-girlfriends in a series of hotel rooms. Production will begin in April in Los Angeles. Robert Meltzer’s Welcome to the Jungle meanwhile follows a group of staffers at a design firm who go on an office retreat to a tropical island, where total chaos erupts after they become stranded. A Lord of the Flies-type situation unfolds, and Adam Brody’s character is forced to match wits with the power-hungry leader in order to rescue his co-workers.

Rob Huebel, Dennis Haysbert, Kristen Schaal and Jean-Claude Van Damme will co-star in Welcome To The Jungle, which starts shooting next month in Puerto Rico.

CHECK OUT THESE RELATED ARCHIVES:
ACTORS: Adam Brody  FILMS: Welcome To the Jungle, Some Girls

Lovelace recently started shooting in LA, but it appears it hasn’t quite finished casting, as Variety reports that Adam Brody, Demi Moore and Eric Roberts have joined Amanda Seyfried and Peter Sarsgaard in the movie.