When Everybody’s Talking About Jamie headed to London’s West End – after debuting at Sheffield’s Crucible Theatre – many wrote off its chances of success. After all, it was an increasingly rare thing – a musical not based on a known property (although loosely based on a documentary), with a gay lead character and original songs. It was a big risk but it’s proven a massive success, playing for two and a half years at the Apollo Theatre before Covid-19 resulted in a pause – but it’s due to return to the stage in November with socially distanced audiences.

It’s also now spawned a screen version, which has just released its first full trailer. The movie was originally due to be released towards the end of this year, but like so many films it’s been delayed, with a February 26th, 2021 release date now set. Hopefully it won’t get delayed again

Here’s the synopsis: ‘Inspired by true events, New Regency’s and Film4’s “Everybody’s Talking About Jamie” is the film adaptation of the hit musical. Jamie New is 16 and doesn’t quite fit in—instead of pursuing a “real” career he dreams of becoming a drag queen. Uncertain about his future, Jamie knows one thing for sure: he is going to be a sensation. Supported by his loving mom and his amazing friends, Jamie overcomes prejudice, beats the bullies and steps out of the darkness, into the spotlight.’

Take a look at the trailer below: END_OF_DOCUMENT_TOKEN_TO_BE_REPLACED

Catrin soon discovers that she’s still living in a man’s world, having to fight for respect from her colleague, Tom Buckley (Sam Claflin), and pretty much everyone else around her. After all, in Tom’s words she’s just there for the ‘slop’ – aka the female dialogue. END_OF_DOCUMENT_TOKEN_TO_BE_REPLACED

While we’ve still got a few weeks left until we get to see the next X-Men movie, Apocalypse, things are already moving fast on the next standalone Wolverine movie. The film has just added a new bad guy, as THR reports that British actor Richard E. Grant will play a ‘villainous mad-scientist type’ in the movie.

It’s not even known whether this film will continue with the original movie timeline, or will take into account the changes that happened due to the events of Days Of Future Past. As the recent Apocalypse trailer showed us that Wolverine is set to make a surprise appearance in that movie, it may be that film which helps set up how this new standalone Wolverine movie fits into the overall mythology.

James Mangold is set to direct, with a March 2017 release set.

How you react to Dom Hemingway is completely reliant of how you react to the title character. It’s easy to imagine that some will quickly be on his side, seeing him as a funny and entertaining wide-boy, but there will be plenty of others who will never be able get past the fact Dom is often a complete asshole.  It essentially depends on if you find the fact Dom thinks he’s a legend but is actually a mess is oddly charming and empathetic, or whether it just makes him a dick. END_OF_DOCUMENT_TOKEN_TO_BE_REPLACED

It feels like Dom Hemingway filmed an awfully long time ago, but it’s only now that we’re getting the first trailer for the film. And to make up for the wait, they’ve include a little Jude Law butt in the promo!

Jude Law plays Dom Hemingway, a larger-than-life safecracker with a loose fuse who is funny, profane, and dangerous. After twelve years in prison, he sets off with his partner in crime Dickie (Richard E. Grant) looking to collect what he’s owed for keeping his mouth shut and protecting his boss Mr. Fontaine (Demián Bechir). After a near death experience, Dom tries to re-connect with his estranged daughter (Emilia Clarke), but is soon drawn back into the only world he knows, looking to settle the ultimate debt.

It’ll be in UK cinemas on November 15th. END_OF_DOCUMENT_TOKEN_TO_BE_REPLACED 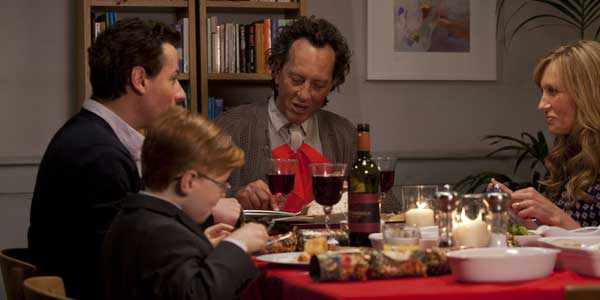 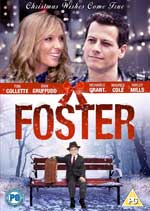 Zooey (Toni Collette) and Alec (Ioan Gruffudd) are a couple who’d like another child, but for psychosomatic reason, she is unable to conceive. They decide to try and foster a kid, but things go a little faster than they expected when seven-year-old Eli (Maurice Cole) simply turns up on their doorstep and announces he’s been sent to live with them. They take him in while the records are checked as to whether he’s really meant to be there. The couple soon discover that despite his size, Eli’s got a surprisingly adult attitude, including an interest in the recession and watching CNN. END_OF_DOCUMENT_TOKEN_TO_BE_REPLACED

Richard Shepard’s crime drama Don Hemingway only started shooting a few days ago, but the first photo has already arrived. Dom Hemingway will follow the titular character (Law), a larger than life safecracker with a loose fuse who is also funny, profane and dangerous. Freshly released from prison, he’s looking to collect on what he thinks he’s owed thanks to him keeping quiet about what he knew on his last job. The movie also stars Richard E. Grant, Demian Bechir and Emilia Clarke, and should be released sometime next year.

In the mid 2000s Richard Shepard made The Matador and The Hunting Party. They were both good movies but also rather underappreciated, so he’s had to go back to TV for the past few years. Now he’s returning to feature films with Dom Hemingway, and THR reports that Jude Law and Richard E. Grant are set to star.

Dom Hemingway will follow the titular character, a larger than life safecracker with a lose fuse who is also funny, profane and dangerous. Freshly released from prison, he’s looking to collect on what he thinks he’s owed thanks to him keeping quiet about what he knew on his last job. There’s no news on who Grant will play.

Producer Jeremy Thomas is working with Hanway Films and BBC Films to get the movie made, and Shepard is pencilling in an autumn shoot in London.

A new trailer for the upcoming The Iron Lady has arrived, via The Daily Mail, but we’ve embedded it below (which should help those of you who understandably have an aversion to going anywhere near anything to do with the Daily Mail). Although some Mrs. T. lovers are still uncertain about Meryl Streep playing the great lady – partly because they immediately assumed the film will be a liberal hatchet job – she certainly seems to be doing a good job here! The film sees Maggie as an older woman looking back over her remarkable career, becoming Britain’s first female Prime Minister and one of the world’s most famous women, while facing a divided nation and becoming hated by many in the UK. The film opens in the UK on January 6th.