With Solo: A Star Wars Story in cinemas soon, it appears the distributors of The Yellow Birds is going to mean interest in Alden Ehrenreich is going to skyrocket. In the US, the movie is getting an exclusive DirecTV window from May 17th before arriving in cinemas and on-demand on June 15th.

Here’s the synopsis: ‘Brandon Bartle (Alden Ehrenreich) and Daniel Murphy (Tye Sheridan) forge a deep bond of friendship during boot camp. When tragedy strikes their platoon in Iraq, one of them must return home to face the hard truth behind the incident and help a grieving mother (Jennifer Aniston) find peace. Toni Collette, Jason Patric and Jack Huston also star.’

Take a look at the trailer for The Yellow Birds Below. No UK release date is currently set. END_OF_DOCUMENT_TOKEN_TO_BE_REPLACED

Catrin soon discovers that she’s still living in a man’s world, having to fight for respect from her colleague, Tom Buckley (Sam Claflin), and pretty much everyone else around her. After all, in Tom’s words she’s just there for the ‘slop’ – aka the female dialogue. END_OF_DOCUMENT_TOKEN_TO_BE_REPLACED

As you would expect, the Bennet sisters are living in Hertfordshire, with their mother keen to marry them off to eligible men. While Lydia, Mary and Kitty seem keen to take any suitable gent, Elizabeth (James) is more headstrong and independent. While fending off the advances of Parson Collins (Matt Smith), she meets the exceedingly rich Darcy (Riley), who she takes an immediate dislike to, seeing him as rude, judgemental and unpleasant. END_OF_DOCUMENT_TOKEN_TO_BE_REPLACED

I may be completely wrong, but I’m finding it difficult to believe this new take on the classic Ben-Hur is going to be a hit. Indeed, it’s difficult to see why they thought a new version was necessary or desired, or indeed the Abraham Lincoln: Vampire Hunter’s Timur Bekmambetov was the man to helm it. Even so, it’s coming and a new trailer has now arrived.

Here’s the synopsis: ‘BEN-HUR is the epic story of Judah Ben-Hur (Jack Huston), a prince falsely accused of treason by his adopted brother Messala (Toby Kebbell), an officer in the Roman army. Stripped of his title, separated from his family and the woman he loves (Nazanin Boniadi), Judah is forced into slavery. After years at sea, Judah returns to his homeland to seek revenge, but finds redemption. Based on Lew Wallace’s timeless novel, Ben-Hur: A Tale of the Christ. Also starring Morgan Freeman and Rodrigo Santoro.’

At least Toby Kebbell has suggested the homoerotic undertones between Messala and Ben-Hur may make it across into this new version, which were present in the 1950s take. The film will be in cinemas in August. END_OF_DOCUMENT_TOKEN_TO_BE_REPLACED

Ever since it was announced that a new, big-budget film version of Ben-Hur was in the works, there have been a lot of people wondering whether we needed it. There was more reticence when it was announced that Timur Bekmambetov would direct, as the likes of Wanted and Abraham Lincoln: Vampire Hunter haven’t suggested he’s a perfect fit for an iconic epic.

However, the shoot went ahead with Jack Huston taking over from Charlton Heston in the title role, and now the first trailer, and a poster, are here.

Here’s the synopsis: ‘BEN-HUR is the epic story of Judah Ben-Hur (Jack Huston), a prince falsely accused of treason by his adopted brother Messala (Toby Kebbell), an officer in the Roman army. Stripped of his title, separated from his family and the woman he loves (Nazanin Boniadi), Judah is forced into slavery. After years at sea, Judah returns to his homeland to seek revenge, but finds redemption. Based on Lew Wallace’s timeless novel, Ben-Hur: A Tale of the Christ. Also starring Morgan Freeman and Rodrigo Santoro.’

The film will be in cinemas in August. END_OF_DOCUMENT_TOKEN_TO_BE_REPLACED

The film will be released by Lionsgate UK in cinemas across the UK & Ireland on Friday 12th February 2016. END_OF_DOCUMENT_TOKEN_TO_BE_REPLACED

Have you been attached to play The Crow in the planned reboot of the franchise? Don’t worry, it’ll be your turn soon as they’re going to run out of actors if it keeps going like this.

The likes of Mark Wahlberg, Bradley Cooper, Luke Evans, James McAvoy and Tom Hiddleston and Channing Tatum are just a few of the actors who’ve been attached or rumoured for the movie in the past few years, and now we’ve got another to add to the list, as Deadline reports that Jack Huston is in talks for the film.

It appears they’re betting on Huston becoming a much bigger name in the next year or so, on the assumption that his major roles in Ben-Hur, The Longest Ride and Pride And Prejudice And Zombies turn him into a bona fide star.

There’s also been a bit of a revolving door of directors, but Corin Hardy is currently is the man behind the camera. Brandon Lee starred in director Alex Proyas’ 1994 original film The Crow, based on James O’Barr’s comic book series.

Rodrigo Santoro is going from living god in the 300 movies to Son Of God in the planned remake of Ben-Hur, as he’s set to play Jesus in the movie, according to THR.

He joins Jack Huston as the title character, alongside Toby Kebbell as Messalla. While the two were friends as boys, with the coming of the Romans, Messalla betrays Ben-Hur, which results in his being sold into slavery. He then meets a character played by Morgan Freeman, who teaches him to become a champion chariot racer.

The story take place in parallel to that of Jesus, which its said will be more central to this version than the peripheral (and never properly seen) figure he was in the Oscar-winning 1959 version, hewing closer to Lew Wallace’s original 1880 novel.

Timur Bekmambetov is set to direct from a screenplay by Keith R. Clarke, with production set to kick off soon for a February 19th, 2016 release.

For a few years now Jack Huston has emerged as one of the most dependable younger actors for supporting roles in the likes of Twilight: Escape, Kill Your Darlings, American Hustle and in several seasons of Boardwalk Empire.

However he’s rarely been given the lead role, and certainly not in a huge studio tentpole. That’s changing though as MGM Studios and Paramount are betting big on him by casting him in the title role in their planned remake of Ben-Hur, according to Deadline.

Just a few weeks ago it was rumoured Tom Hiddleston was the first choice for the role, although at the time it was clear the actor was busy choosing between offers. Now it appears Hiddleston has gone for Skull Island instead, leaving Huston to take on Ben-Hur.

Keith R. Clarke wrote the spec script for the film, which is said to be more faithful to Lew Wallace’s 1880 novel than the multi-Oscar winning 1959 movie, which starred Charlton Heston. The 1950s version focussed on the section of the story that was about the feud between the Jewish Judah Ben-Hur (Charlton Heston) and his Roman former friend Messalla (Stephen Boyd). The new film is said to further explore these characters’ formative years, when they grew up together before the Roman Empire conquered Jerusalem.

This film will also include the story of Jesus Christ, whose story is told in parallel to Ben-Hur’s. Although this was touched on in the Charlton Heston film, it’s said to be more central to the remake.

The search is now on for an actor to play Messala. Morgan Freeman recently signed up to play the man who mentors Ben-Hur in the art of chariot racing.

Timur Bekmambetov is set to direct, with a February 26th, 2016 release date set. 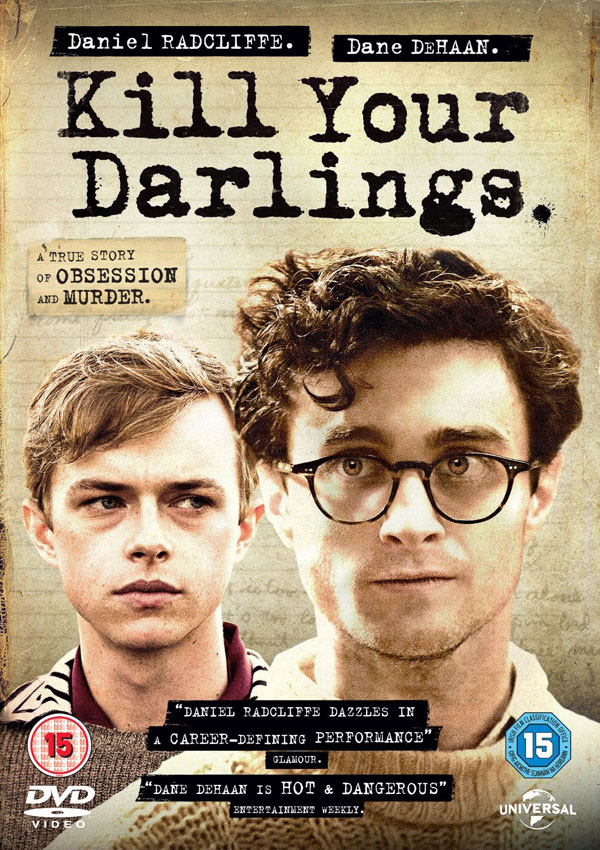 The movie is actually about some of the Beat generation writers and their brethren before they became well known, following one of the infamous events that helped shape who they were. Radcliffe plays Allen Ginsberg, who would go on to be the openly gay man behind the wonderful Howl. He heads to Columbia University, where he immediately riles against the college’s old fashioned attitude to literature and poetry. END_OF_DOCUMENT_TOKEN_TO_BE_REPLACED