Jane Got A Gun got off to a really rough start, with cast issues and director Lynne Ramsey leaving the day before it was due to start shooting. That caused huge delays, more cast changes and the recruitment at short notice of a new helmer, Gavin O’Connor (Warrior).

Here’s the synopsis: ‘Jane Got a Gun [Natalie Portman] centers on Jane Hammond, who has built a new life with her husband Bill “Ham” Hammond after being tormented by the ultra-violent Bishop Boys outlaw gang. She finds herself in the gang’s cross-hairs once again when Ham stumbles home riddled with bullets after dueling with the Boys and their relentless mastermind Colin. With the vengeful crew hot on Ham’s trail, Jane has nowhere to turn but to her former fiancé Dan Frost for help in defending her family against certain destruction. Haunted by old memories, Jane’s past meets the present in a heart-stopping battle for survival.’ END_OF_DOCUMENT_TOKEN_TO_BE_REPLACED

Before Focus went in front of the cameras there was huge amount of interest in it in Hollywood, with the likes of Ryan Gosling, Emma Stone, Ben Affleck and Kristen Stewart all being attached at one time or another. However, in the end it went to Will Smith and Margot Robbie as the two leads.

After watching it, I kind of wondered why so many people were so keen on it, as while fairly fun and decently entertaining, there’s very little to set it appear from a hundred other con-artist thrillers. END_OF_DOCUMENT_TOKEN_TO_BE_REPLACED

Rodrigo Santoro is going from living god in the 300 movies to Son Of God in the planned remake of Ben-Hur, as he’s set to play Jesus in the movie, according to THR.

He joins Jack Huston as the title character, alongside Toby Kebbell as Messalla. While the two were friends as boys, with the coming of the Romans, Messalla betrays Ben-Hur, which results in his being sold into slavery. He then meets a character played by Morgan Freeman, who teaches him to become a champion chariot racer.

The story take place in parallel to that of Jesus, which its said will be more central to this version than the peripheral (and never properly seen) figure he was in the Oscar-winning 1959 version, hewing closer to Lew Wallace’s original 1880 novel.

Timur Bekmambetov is set to direct from a screenplay by Keith R. Clarke, with production set to kick off soon for a February 19th, 2016 release. 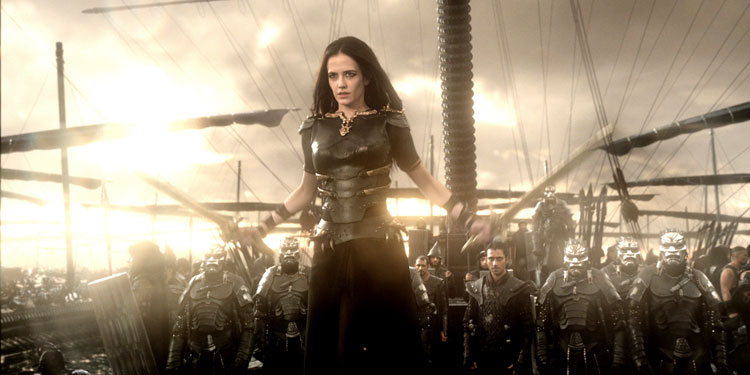 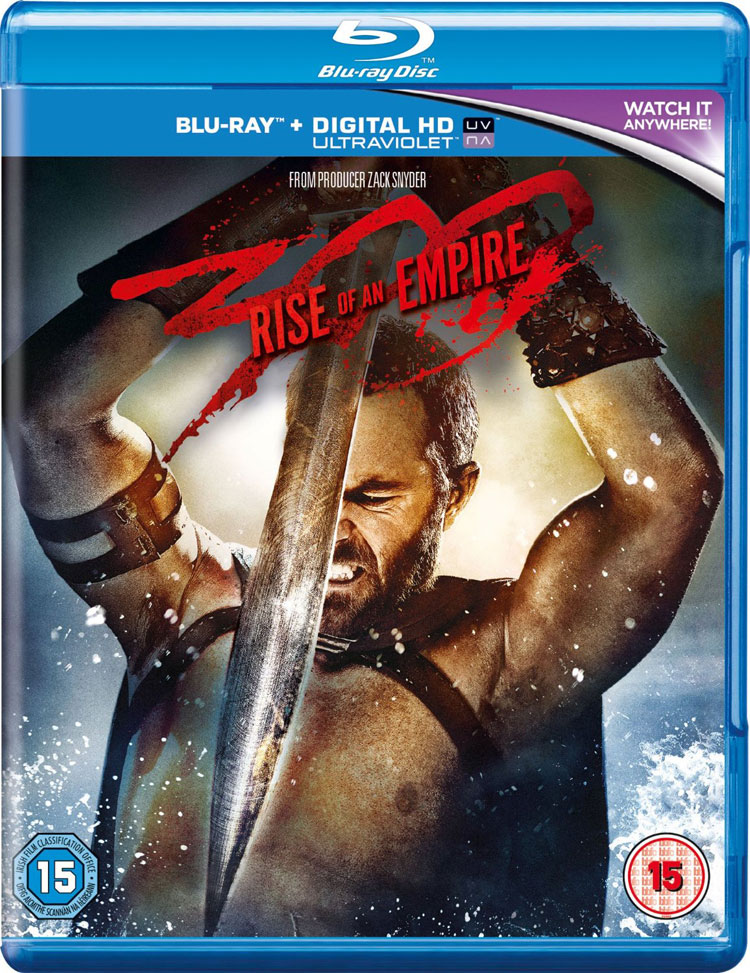 The movie is a sidequel to the earlier film, following the men of Athens before, during and after what happened to Gerard Butler and his Spartans (and in case you’re wondering, the shirtlessness and six pack abs are back, although the Athenians aren’t quite as hulking as the Spartans). END_OF_DOCUMENT_TOKEN_TO_BE_REPLACED

After several years of delays (partly to give Frank Miller time to finish his follow-up graphic novel), 300: Rise Of An Empire is heading to cinemas in March. To help get us interested once again in the world of stylised ancient Greece, a new trailer has arrived.

Here’s the synopsis: ‘Based on Frank Miller’s latest graphic novel Xerxes, and told in the breathtaking visual style of the blockbuster “300,” this new chapter of the epic saga takes the action to a fresh battlefield—on the sea—as Greek general Themistokles attempts to unite all of Greece by leading the charge that will change the course of the war.

‘300: Rise of an Empire” pits Themistokles against the massive invading Persian forces led by mortal-turned-god Xerxes, and Artemisia, vengeful commander of the Persian navy.’ END_OF_DOCUMENT_TOKEN_TO_BE_REPLACED

A couple of months ago Will Smith signed on to star in Focus, replacing Ben Affleck who’d been circling the movie. Margot Robbie is already set to co-star and now THR reports that 300 star Rodrigo Santoro has joined them.

The film is about a veteran con man (Smith) who takes a young woman (Robbie) under his wing and teaches her the illicit trade before falling for her. Years later, they reunite in Buenos Ares as he is planning a complicated operation. Rodrigo Santoro is playing the target of this con, who’s the owner of an international racing team. He is also trying to win over Margot Robbie’s character.

Glenn Ficarra and John Requa (Crazy Stupid Love) are directing from their own original script (Santoro previously appeared in their movie I Love You Philip Morris). Shooting is scheduled to begin this October in New Orleans and Buenos Ares.

One of the few members of the original 300 cast to return for the follow-up, 300: Rise Of An Empire, is Rodrigo Santoro, who will once more play the nefarious Xerxes. In the run-up to the film’s appearance at Comic-Con, a poster featuring the villainous god-man has been released, which you can see above.

Rise Of An Empire sees Sullivan Stapleton as Themistokles, who tries to unite all of Greece in battle against the massive Persian army lead by Xerxes and the cunning Artemisia (Eva Green). As the poster suggest, Xerxes wants Athens to burn.

Noam Murro directs the movie, which was recently delayed from an August release to March 2014.

With the likes of American Idol and motherhood to deal with, Jennifer Lopez hasn’t been making that many movies recently (and some would say that’s a good thing. However she’s now signed on to star in the Chilean miner drama The 33, alongside Antonio Banderas, Martin Sheen and Rodrigo Santoro, according to THR.

Last month it was revealed that Antonio Banderas will play the miner Mario Sepulveda, a.k.a. Super Mario, with Martin Sheen playing Mario’s father and Rodrigo Santoro playing another one of the 33 miners, who were trapped underground for 69 days in 2010. No details were given regarding Jennifer Lopez’s role, although we’re presuming she’ll play someone waiting for news on the surface (all those underground were men).

Patricia Riggen is directing from a screenplay by Mikko Alanne and Jose Rivera. Production is scheduled to begin this fall in Chile.

Rodrigo Santoro will be returning to his most famous role of Xerxes in 300: Rise Of An Empire this August, and now he’s got a new role, teaming up with Natalie Portman, Joel Edgerton and Michael Fassbender for Jane Got A Gun, according to Deadline.

Lynne Ramsey is set to direct the film, which is about a woman (Portman) whose outlaw husband returns home barely alive and riddled with bullet wounds. She is forced to reach out to an ex-lover (Fassbender) and ask if he will help defend her farm when her husband’s gang eventually tracks him down to finish the job. Edgerton is set to play the new leader of the gang.

Santoro meanwhile is up to play a character called Fitchum, although it hasn’t been revealed exactly how he fits into the plot.

The film is set to start shooting in April in New Mexico.

Brazilian actor Rodrigo Santoro is probably best known for a role where he’s pretty much unrecognisable, as the evil Xerxes in 300. However he’s back in UK cinemas – looking much more like himself – in The Last Stand, in which he stars opposite Arnold Schwarzenegger and Johnny Knoxville.

The 37-year-old has also been seen in Che, What To Expect When You’re Expecting, There Be Dragons and 14 episodes of TV’s Lost. Many will remember him wearing just his underwear while trying to get it on with Laura Linney in Love Actually. Indeed that’s probably the only thing about that movie that many can remember.

He’s also played gay in I Love You Phillip Morris, where he was Jim Carrey’s rather camp boyfriend. Next up he’s returning to the role of Xerxes for 300: Rise Of An Empire, which is due for release this summer.

The release of The Last Stand is certainly a good excuse to take a look at a few hot pics of the actor, who’s certainly not averse to getting his shirt off. Click on any of the pics below to enlarge. END_OF_DOCUMENT_TOKEN_TO_BE_REPLACED