If Guillermo Del Toro directs something, you know it’s going to be unique. Although with The Shape Of Water he seems to have been taking in a few inspirations, from the likes of ET and Amelie to the character of Abe Spien in Hellboy. It certainly looks like it could be something special, and early feviews from film festivals suggest the Pan’s Labyrinth and Pacific Rim director hasn’t lost his touch..

Here’s the synopsis: ‘From master story teller, Guillermo del Toro, comes THE SHAPE OF WATER – an other-worldly fairy tale, set against the backdrop of Cold War era America circa 1963. In the hidden high-security government laboratory where she works, lonely Elisa (Sally Hawkins) is trapped in a life of silence and isolation. Elisa’s life is changed forever when she and co-worker Zelda (Octavia Spencer) discover a secret classified experiment. Rounding out the cast are Michael Shannon, Richard Jenkins, Michael Stuhlbarg and Doug Jones.’

The movie is out in the US at the end of the year, with a February UK date set. Take a look at the new Red Band trailer below. END_OF_DOCUMENT_TOKEN_TO_BE_REPLACED

If Guillermo Del Toro directs something, you know it’s going to be unique. Although with The Shape Of Water he seems to have been taking in a few inspirations, from the likes of ET and Amelie to the character of Abe Spien in Hellboy. It certainly looks like it could be something special.

Here’s the synopsis: ‘From master story teller, Guillermo del Toro, comes THE SHAPE OF WATER – an other-worldly fairy tale, set against the backdrop of Cold War era America circa 1963. In the hidden high-security government laboratory where she works, lonely Elisa (Sally Hawkins) is trapped in a life of silence and isolation. Elisa’s life is changed forever when she and co-worker Zelda (Octavia Spencer) discover a secret classified experiment. Rounding out the cast are Michael Shannon, Richard Jenkins, Michael Stuhlbarg and Doug Jones.’

The movie should be in cinemas at the end of the year. Take a look at the trailer below. END_OF_DOCUMENT_TOKEN_TO_BE_REPLACED

John Krasinksi is best known as an actor, but he’s also been exploring writing and directing in the last few years. While few people saw his directorial debut – Brief Interviews with Hideous Men – he’s now returning with The Hollars, according to Screen Daily.

He’s also set to star in the film alongside the always excellent Anna Kendrick, Richard Jenkins and Margo Martindale.

James C Strouse wrote the script which will see Krasinski as ‘John Hollar, who gets yanked from the New York life he shares with his beautiful girlfriend back to his Middle America home town when his mother undergoes brain surgery.

‘Back in the place where his life began, Hollar must navigate the dysfunctional rhythms of his helpless brother, anxiety-prone father and over-eager high school girlfriend.’

The actor turned director comments, “This is one of the best scripts I’ve read, period. Jim has written one of the most tough-minded, sweet, funny and accurate stories about family I’ve seen. I am lucky to have a script like this to direct… and to have this cast is simply surreal.”

The movie will be sold at Cannes later this month. 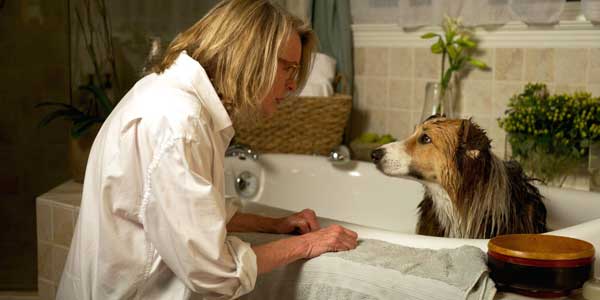 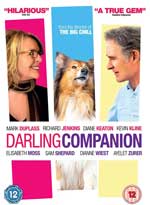 However it’s about a dog that goes missing and then they all look for it – and that’s about it. Well, technically they realise there that they can’t ignore the problems in their relationships and they have to work on mending it, but mainly it’s about the dog. END_OF_DOCUMENT_TOKEN_TO_BE_REPLACED

A new trailer for Tom Cruise’s upcoming thriller Jack Reacher has arrived, which gives things an oddly (and I presume deliberately James Bond-ish feel). The movie, which is out December 21st, sees Tom as Lee Childs’ ex–military investigator, Jack Reacher. He looks into the case of a trained military sniper who shot five random victims, an investigator that gets ever deeper and darker. As the trailer proves, it looks like Cruise is in intense mode for this one, although there’s a perhaps surprisingly humourous edge.

Newly single and uninspired by his job in college admissions, the introverted Jesse Fisher (Josh Radnor) lives with his head buried in a book. His deep nostalgia for his own alma mater in Ohio – the dining halls and dorm rooms, the parties and poetry seminars – makes him wonder if his best days are behind him. So when his favorite professor (Richard Jenkins) invites him back to campus to speak at his retirement dinner, Jesse jumps at the chance. Meeting Zibby (Elizabeth Olsen) — a precocious classical music-loving sophomore — awakens in Jesse long-dormant feelings of possibility and connection.

The battle of the movies about bad guys taking over the White House continues apace, with Variety reporting that Richard Jenkins is in talks to star in Roland Emmerich’s White House Down, which should start shooting fairly soon (Antoine Fuqua’s rival Olympus Has Fallen, started filming last week).

The movie is about a young Secret Service agent (Channing Tatum) who gets put to the ultimate test when a paramilitary group invades the White House and takes everyone hostage. Jamie Foxx, James Woods and Maggie Gyllenhaal also star.

Jenkins is in talks to play the Speaker Of The House of Congress, the man who’s next in line for the Presidency if both the President and Vice President can’t fulfill their duties. There’s a good chance therefore that Jenkins may be somehow involved in the hostage situation.

The Joss Whedon written and produced Cabin In The Woods hasn’t had much luck. Shot over two years ago, it got trapped in the debacle that surrounded MGM’s bankruptcy (along with the likes of the Red Dawn remake) and so has taken a ridiculously long time to get to cinemas. However now Lionsgate has taken over distribution and an April 13th, 2012 release has been set.

AICN has debuted a superb new poster for the movie, which you can see about.

The film stars Kristen Connolly, Chris Hemsworth (it was shot pre-Thor, which should give you some idea how long it’s been waiting to emerge from the MGM mire), Anna Hutchison, Fran Kranz, Jesse Williams, Richard Jenkins and Bradley Whitford. As the title suggests it sees a group of young people heading to an isolated cabin, but things don’t go too well for them once they get there.