James Franco is a very busy man, writing, directing and/or starring in more movies than most actors could humanly fit in. Now the trailer for a new one has arrived, Maladies, where he plays a troubled actor.

Here’s the synopsis: ‘A daring new film from internationally acclaimed multimedia artist Carter, Maladies charts the struggles of an unstable former soap opera star (James Franco) in 1960’s New York as he tries to restart his floundering creative career. Hoping to find clarity and new purpose as a writer, he holes up with his eccentric sister at the seaside home of their best friend (Catherine Keener). But as he disappears further into his own mind, reality begins to slip through his grasp. Featuring an award-winning ensemble, including David Straithairn and Alan Cumming, Maladies is a heartfelt but defiantly unconventional exploration of the creative mind.’

It’s out in the US in March.

While The Best Exotic Marigold Hotel mainly stuck with British and Indian actors, the sequel is getting an infusion of American men. Back in October it was revealed they were trying to land Richard Gere for the movie. Now he’s officially signed on and so has the always excellent David Strathairn, as well as a new Brit, Tamsin Grieg.

John Madden (Shakespeare in Love) has returned to helm, working from an original screenplay by Ol Parker. The movie follows, ‘the expansionist dream of Sonny (Dev Patel), and it’s making more claims on his time than he has available, considering his imminent marriage to the love of his life, Sunaina (Tena Desae). Sonny has his eye on a promising property now that his first venture, The Best Exotic Marigold Hotel for the Elderly and Beautiful, has only a single remaining vacancy – posing a rooming predicament for fresh arrivals Guy (Richard Gere) and Lavinia (Tamsin Greig). Evelyn and Douglas (Judi Dench and Bill Nighy) have now joined the Jaipur workforce, and are wondering where their regular dates for Chilla pancakes will lead, while Norman and Carol (Ronald Pickup and Diana Hardcastle) are negotiating the tricky waters of an exclusive relationship, as Madge (Celia Imrie) juggles two eligible and very wealthy suitors. Perhaps the only one who may know the answers is newly installed co-manager of the hotel, Muriel (Maggie Smith), the keeper of everyone’s secrets. As the demands of a traditional Indian wedding threaten to engulf them all, an unexpected way forward presents itself.’

Filming is now underway in India.

Godzilla may have originally been Japanese, but up until now the cast circling the upcoming big budget reboot of the franchise has been resolutely Western. Now they’ve decided to remedy that, with Warner Bros issuing a press release confirming Ken Watanabe for the movie.

There’s still no word on the plot for  Max Borenstein, Frank Darabont and Dave Callaham script, although it will inevitably revolve around a giant lizard that comes out of the ocean and starts attacking cities. Director Gareth Edwards has promised a more grounded film that Roland Emmerich’s 1998 take on Godzilla, which sticks closer to its Japanese roots.

David Strathairn (Bourne Legacy, Good Night & Good Luck) should have been shooting season 3 of Alphas soon, but seeing as that show was cancelled, he’s got a bit of spare time on his hands. Now Variety reports that he is in negotiations to join the cast of Godzilla for Warner Bros. and Legendary Entertainment, which is due to start shooting this spring.

There are no real details given regarding the actor’s role, but insiders reveal he is playing a military character. The film once more goes into a world being threatened by a giant lizard, with the promise that it will be closer to the tone of the original Japanese movies than Roland Emmerich’s 1998 movie.

Aaron Johnson, Elizabeth Olsen, Bryan Cranston, and Juliette Binoche are also in talks to star, but are waiting for a final script before they fully sign on. Gareth Edwards (Monsters) is directing from a screenplay by Max Borenstein, Dave Callaham, and Frank Darabont. 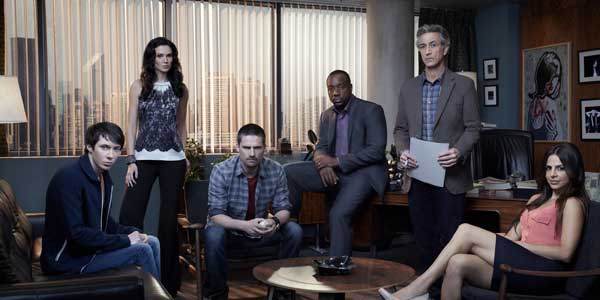 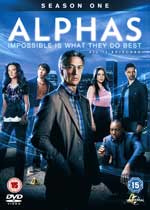 These are people whose brains have evolved beyond those of normal people, giving them incredible abilities. Dr. Rosen has brought together a team of these superpowered folks to investigate and get to the bottom of cases involving other Alphas. It’s a task complicated by the fact the government and other federal agencies are suspicious of the Alphas and want to keep them secret, while many of those with incredible power believe in a more violent way (whether deliberate or accidental) of dealing with their problems. END_OF_DOCUMENT_TOKEN_TO_BE_REPLACED

However all those people previously cast were noticeably white, and seeing as the film will focus on the last few years of Abraham Lincoln’s life, when he was engaged in an enormous civil war largely over the issue of ending slavery, you’d think they might find some space for some black faces.

Now Rise Of The Planet Of The Apes and The Help star Oyelowo has come onboard, according to Deadline. However it doesn’t sound like he’s going to have a particularly big role, as he’ll be playing cavalryman (we can already see the scene of Lincoln being inspired to carry on the fight by Oyelowo’s black cavalryman, going off to war to help his enslaved brothers).

Oyelowo is already currently filming the Tom Cruise flick One Shot, so he’s pretty busy at the moment, but has managed to slot in Spielberg’s film, shooting both roles concurrently. Lincoln will be in cinemas at the end of 2012.