I couldn’t help thinking about that while watching Sabotage, as many of the truly horrendous reviews the film have received are essentially bemoaning the fact they thought they were getting a ‘typical’ Arnie movie. However it’s not that, but the reviews still seem to view it through the lens of 80s Schwarzenegger. END_OF_DOCUMENT_TOKEN_TO_BE_REPLACED

Arnold Schwarzenegger’s return to the movies probably hasn’t been as big a success as he’s hoped, with lacklustre attendance for the likes of The Last Stand and Escape Plan. However he’ll be hoping that by returning to what looks like a bit of a lean, mean action movie, with a good director (David Ayer – Training Day, End of Watch) and a strong cast including Sam Worthington, Josh Holloway, Terrence Howard and Harold Perrineau, more people will be interested.

Now we can take a look with a red-band trailer for Sabotage.

Here’s the synopsis: ‘In “Sabotage”, Arnold Schwarzenegger leads an elite DEA task force that takes on the world’s deadliest drug cartels. When the team successfully executes a high-stakes raid on a cartel safe house, they think their work is done – until, one-by-one, the team members mysteriously start to be eliminated. As the body count rises, everyone is a suspect.’

The movie due out March 28th in the US and May 9th in the UK. END_OF_DOCUMENT_TOKEN_TO_BE_REPLACED 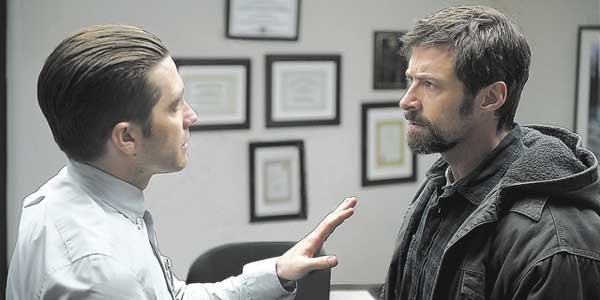 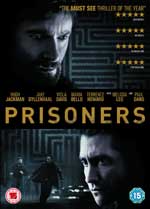 As there’s no real evidence that Alex was involved in the girls’ disappearance, the police are unable to hold him. However the fact he ran from the cops and something Alex says in the parking lot convinces Keller that he was involved. Frustrated by the cops, Keller decides to take matters into his own hands by kidnapping Alex and holding him in a dilapidated house he owns. Taking the law completely into his own hands, Keller turns up the pressure on Alex in order to try and force answers out of him. END_OF_DOCUMENT_TOKEN_TO_BE_REPLACED

You could be forgiven for thinking the only Hugh Jackman movie out this year is The Wolverine, but he’s also getting far more serious with Prisoners, and he’s got a great cast surrounding him to do it, including Maria Bello, Terrence Howard, Viola Davis, Melissa Leo, Jake Gyllenhaal, and Paul Dano. Now we’ve got out first trailer, which makes the film look like it could be pretty intense.

Here’s the synopsis: ‘Keller Dover (Jackman) is facing every parent’s worst nightmare. His 6-year-old daughter and her young friend are missing, and as minutes turn to hours, panic sets in. The only lead is a dilapidated RV that had been parked on their street. Heading the investigation, Detective Loki (Gyllenhaal) arrests its driver, but a lack of evidence forces the only suspect’s release. Knowing his child’s life is at stake, the frantic Dover decides he has no choice but to take matters into his own hands. The desperate father will do whatever it takes to find the girls, but in doing so, may lose himself, begging the question: When do you cross the line between seeking justice and becoming a vigilante?’

The film is out this autumn. END_OF_DOCUMENT_TOKEN_TO_BE_REPLACED

The Butler could well be a fascinating film, and now we get our first taste of the movie, as a trailer has popped up online.

Gay director Lee Daniels’ film stars Forest Whitaker as real-life figure Eugene Allen, who rose through the ranks at the White House from 1952 through 1986, where he served eight different Presidents and eventually became the head butler. It gave him a unique vantage point on the civil rights struggle.

The movie is due out in the US in October, and is likely to be hoping for a strong Oscar run.

The cast for Prisoners is getting incredibly good, with Hugh Jackman, Jake Gyllenhaal, Melissa Leo, Paul Dano, Viola Davis, and Maria Bello already attached to the film, and they’ve now been joined by Terrence Howard, according to Deadline.

Denis Villeneuve (Incendies) is set to direct, with Hugh Jackman as a distraught father who takes the law into his own hands to find his kidnapped daughter, when he think the authorities aren’t doing enough. He clashes with a big city detective (Jake Gyllenhaal) who is assigned to the case.

Aaron Guzikowski (Contraband) wrote the screenplay, with filming on the movie set to begin in February. An autumn 2013 release is being eyed.

George Lucas first wanted to make a movie about the Tuskegee Airmen in 1988, but it’s taken until now to get it to the screen. That’s partly due to the fact that every studio turned him down, feeling a big, historical war movie with a largely African American cast wasn’t commercial enough. They were wrong, but unfortunately Red Tails isn’t the film to prove it.

After Lucas stumped up the budget himself the film was finally made with Anthony Hemingway directing, but it was plagued by delays and reshoots, and finally got released over two years after it was first shot. The result isn’t a bad film, but it’s one that’s so clichéd it never rises above the passable. END_OF_DOCUMENT_TOKEN_TO_BE_REPLACED

The movie is about a corrupt team of DEA agents who rob a Mexican drug cartel’s safe house, under the guise of a routine raid. The agents think they are in the clear, but then the team start getting killed off, one by one. Akerman will play one of the agents. Variety described the film as a ‘testosterone-heavy riff on Agatha Christie’s Ten Little Indians’.

Skip Woods (The A-Team, A Good Day to Die Hard) wrote the screenplay. Production is scheduled to begin this October in Atlanta. (Source: Variety)

Iron Man actor Terrence Howard and House of Lies star Dawn Olivieri have joined Arnold Schwarzenegger and Sam Worthington in the cast of director David Ayer’s Breacher, which was formerly known as Ten.

The crime drama is about a team of corrupt DEA agents who pull off an elaborate heist, under the guise of a routine drug raid. The plot thickens when the agents are killed off, one by one. Terrence Howard and Dawn Olivieri will play two members of the DEA squad, who are having an affair while conspiring to steal the money for themselves.

Skip Woods wrote the screenplay, with filming set to begin this October in Atlanta. (Source: THR)

Detective Hollis (Terrence Howard) is having a bad day, as he’s just discovered he’s infertile and that his kids are therefore somebody else’s. He’s then called to a dramatic situation where a man called Gavin (Charlie Hunnam) is standing on a ledge threatening to jump. While Hollis tries to talk him down, Gavin tells his story, which involves meeting the ultra-religious Joe and Shana Harris (Patrick Wilson and Liv Tyler). As Gavin is an atheist, their initial interactions are rather prickly, especially when Joe is openly homophobic to Gavin’s gay roommate, Chris (Christopher Gorham). END_OF_DOCUMENT_TOKEN_TO_BE_REPLACED