Next month former Downton Abbey star Dan Stevens is getting covered in CGI as the Beast in Disney’s live-action Beauty and the Beast, but those hoping to actually be able to see his face a bit more will have to wait for The Ticket. In that movie he’s into parable territory as a blind man who regains his sight, but instead becomes blind to what was really good about his life.

Here’s the synopsis: ‘After James (Dan Stevens), a blind man, inexplicably regains his vision, he becomes possessed by a drive to make a better life for himself. However, his new improvements-a nicer home, a higher paying job, tailored suits, luxury car-leave little room for the people who were part of his old, simpler life: his plain wife (Malin Åkerman) and close friend Bob (Oliver Platt). As his relationships buckle under the strain of his snowballing ambition, it becomes uncertain if James can ever return from darkness.’

The movie will be out in the US in April, although no UK date is currently set. Take a look at the trailer below. END_OF_DOCUMENT_TOKEN_TO_BE_REPLACED 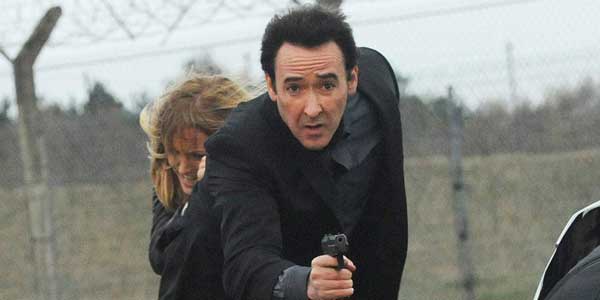 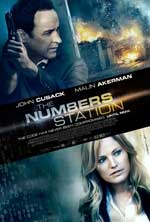 The success of ‘Nordic Noir’ such as The Killing and Headhunters has caused Hollywood to look towards Scandinavia for a new crops of directors to mine. Denmark’s Karspar Barfoed is one of those who’s heard the call of American film, making his English-language debut with The Numbers Station. However he certainly hasn’t jumped into the big budget realm, as it’s a relatively small-scale, claustrophobic thriller, with limited locations and much of it taking place between just two people. END_OF_DOCUMENT_TOKEN_TO_BE_REPLACED

The first quad poster for CBGB has arrived, giving us a look the cast, which includes Alan Rickman, Rupert Grint, Malin Akerman, Ashley Greene, Kerry Bishé, Johnny Galecki and quite a few more.

Randall Miller directs this drama that takes fans inside the famed CBGB punk rock club in New York City. The film is a biopic of Hilly Kristal (Alan Rickman), who wanted to start a club for country, bluegrass and blues (the CBGB of the club’s name) but found it difficult to get acts, and so ended up allowing the likes of The Ramones and Blondie to play, helping give punk a foothold in America.

The film should be out later this year.

John Cusack is getting his thriller on with The Numbers Station, and now the first trailer for the movie has hit the web, and you can watch it below.

Cusack plays a disgraced black-ops CIA agent who gets sent to a dead-end assignment in the Nevada desert. He is told to protect a code breaker (Malin Akerman) working at an isolated CIA broadcast station. It’s supposed to be an easy job, but gets a lot more difficult when she’s targeted by unknown assailants.

The Candidate’s Kasper Barfoed directs. No UK release is currently set, but it hits US cinemas on April 26th. END_OF_DOCUMENT_TOKEN_TO_BE_REPLACED

The movie is about a corrupt team of DEA agents who rob a Mexican drug cartel’s safe house, under the guise of a routine raid. The agents think they are in the clear, but then the team start getting killed off, one by one. Akerman will play one of the agents. Variety described the film as a ‘testosterone-heavy riff on Agatha Christie’s Ten Little Indians’.

Skip Woods (The A-Team, A Good Day to Die Hard) wrote the screenplay. Production is scheduled to begin this October in Atlanta. (Source: Variety)

The film is a biopic of Kristal, who in the late 1970s sought to create a venue for county, bluegrass and blues music (the CBGB of the name) in New York. However, after acts playing that music were tough to find, Kristal allowed local performers to play. That decision was precipitous, as the club soon became ground zero for rock & roll as well as punk, launching the careers of performers such as The Ramones, Blondie and Patti Smith.

Variety reports that Akerman is set to play the iconic lead singer of Blondie, Debbie Harry. Julian Acosta will be Johnny Ramone, with Joel David Moore as his brother, Joey. THR adds that Stana Katic is set to play producer Genya Raven, who was also the lead singer of Goldie & The Gingerbreads. De Klerk will be CBGB soundman Taxi, Hurst is Mad Mountain and Harris will be Kristal’s mother, Bertha.

Writer/director Aaron Harvey really wants to be Quentin Tarantino, and I mean REALLY wants to be. While many people have made films that can be considered Tarantino-esque, Catch .44 takes that to the extreme but falls short on just about every level. Despite trying everything from fast-paced dialogue that seems to be about random topics to dicking around with the timeline, all the film really manages to prove is that Quentin is a singular talent, and you can’t just copy and paste his style in a slightly amateurish way and expect it to work.

Three young women (Malin Akerman, Nikki Reed and Deborah Ann Woll) are in a cafe in rural Louisiana when one of them appears to start a stick-up, which soon goes horribly wrong. The film then jump around the timeline, gradually revealing how we got to the café and what happens after, which involves a sleazy drug kingpin (Bruce Willis), a brutal killer (Forest Whitaker) and a job to intercept a lucrative dope deal. However nothing is quite what it seems. END_OF_DOCUMENT_TOKEN_TO_BE_REPLACED

Rock Of Ages is one of those movies that could either be inspired genius or absolutely awful and from this trailer it’s tough to tell which. Coming across as a rather camp, tongue in cheek spoof on the 80s, filled with the music of Def Leppard, Bon Jovi and more, it’s certainly an unusual beast. Now a new full trailer has arrived, which largely seems to be about making us wait to hear whether Tom Cruise can sing (and when he does, it appears the autotune has been working overtime). The film tells the story of a small town girl called Sherrie and city boy called Drew, who meet on the Sunset Strip while pursuing their Hollywood dreams, all mixed in with the fortunes of a club and the rock star Stacee Jaxx (Cruise). The film, from gay director Adam Shankman (Hairspray) is set for release on June 15th.

The battle of the Linda Lovelace biopics is really gearing up, with two films based on the story going head-to-head. One of them, Lovelace, is already shooting with Amanda Seyfried in the central role, while the other, Inferno, starring Malin Akerman, starts filming very soon.

Matthew Wilder will direct Inferno from his own screenplay, based on Linda’s 1980 memoir, ‘Ordeal: An Autobiography,’ which she wrote with Mike McGrady. Lovelace became world famous in 1972 following the massive success of Deep Throat but renounced her pornography career in ‘Ordeal’ and alleged that it had been forced upon her by pornographer husband Chuck Traynor, who will be played by Matt Dillon.

One of the more bizarre yet intriguing movies of 2012 is Rock Of Ages, based on the Broadway musical that takes a whole host of 80s hair metal tunes from the likes of Def Leppard and Foreigner, and mixes it with the story of small town girl called Sherrie and city boy called Drew, who meet on the Sunset Strip while pursuing their Hollywood dreams. If you watch the trailer, it’s more than a little bizarre, but could be a lot of fun. It’s just a shame that while there’s a big build up to seeing Tom Cruise as rocker Stacee Jaxx, we don’t get to see him rock out! It’s due in UK cinemas June 8th.