The TV show Looking has given us an insight into being gay in San Francisco in the 2010s, and now Test takes us back to the city as it was three decades ago, just as AIDS was emerging. Although documentaries and films such as The Normal Heart have tended to look at the advent of HIV on the entire community and the panic it caused, Test takes a smaller, more personal approach, where it hovers in the background of one man’s life.

Frankie (Scott Marlowe) is a young dancer, who’s practicing to be the understudy in a new piece. He’s heard the stories of gay men coming down with a strange illness and that there’s a new test for the disease. Slowly AIDS goes from being fairly distant to something that’s creeping ever closer to his own life, so he must decide whether to go in for the test, knowing that things he’s done could have exposed him to the virus. END_OF_DOCUMENT_TOKEN_TO_BE_REPLACED

It’s amazing to think that in the 1950s we’d split the atom, begun to understand quantum physics, built skyscrapers that reached over 1,000 feet into the sky, and yet we knew remarkably little about something as fundamental as sex, largely due to prurience. END_OF_DOCUMENT_TOKEN_TO_BE_REPLACED

However after the success of Black Swan and with biblical epics looking like they might be coming back into fashion, Paramount decided to take a punt on the movie. However this is Darren Aronofsky, the man behind the likes of Requiem For A Dream and Pi, so it was always clear this wasn’t going to be your typical $125 million studio movie. That said, it appears even Paramount was surprised by how strange and intense it turned out. After viewing Darren’s preferred version they made their own, more traditional cut, but it turned out audiences liked Aronofsky’s take better and so that’s what we have. END_OF_DOCUMENT_TOKEN_TO_BE_REPLACED 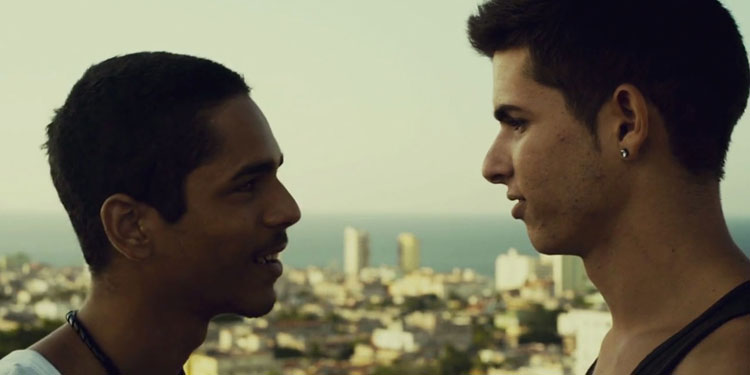 There’s been a lot of interesting gay-themed cinema coming out of South America. With The Last Match things move a little north to the island of Cuba – although thematically and stylistically it shares a lot in common with what’s been made in the likes of Brazil and Argentina.

Reinier (Reinier Díaz) is a teen who lives in the slums of Havana. He makes money as a rent boy – although he’s keen to tell his Johns he’s not a ‘fag’ – and dreams of playing soccer professionally. Then he meets Yosvani (Milton García), who’s also fighting against tough circumstances. Their friendship becomes complicated when Reinier drunkenly kisses Yosvani on the lips. However when Yosvani later tries to reciprocate, Reinier angrily pushes him away. END_OF_DOCUMENT_TOKEN_TO_BE_REPLACED 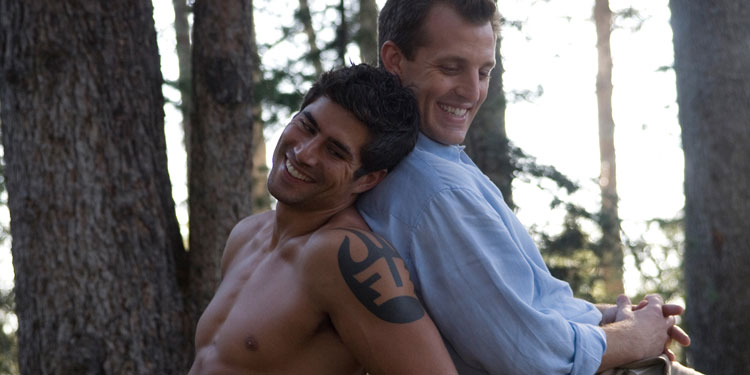 It’s back into the world of gay-themed rom-coms with Love Or Whatever, which follows Corey (Tyler Poelle) who thinks he’s got is all – a good job as a counsellor and a boyfriend who he’s about to propose to. However his lover, Jon (David Page), has different ideas. He’s nervous about the commitment he knows Corey is going to ask for and so ends up having a one-night stand – with a woman.

Corey doesn’t take this news well and throws Jon out. Things get worse when Corey discovers his boyfriend’s new lady is one of his clients. He’s torn between whether to pump her for information or whether do the right thing and pass her off to another shrink. END_OF_DOCUMENT_TOKEN_TO_BE_REPLACED

If you’ve never read Nick Hornby’s book, A Long Way Down, I’d heartily recommend it. However most people who’ve read the novel will know it was always going to be tough to adapt it for the screen without making it seem trite or cheap. While not a complete disaster, unfortunately the movie version doesn’t completely overcome those issues.