Ever since its release, there’s been talk about a sequel to Bad Santa. It’s taken them 13 year, but a follow-up is finally on its way. A Red Band trailer has now arrived to give us a taste of the movie.

Here’s the synopsis: ‘BAD SANTA 2 returns Academy Award®-winner BILLY BOB THORNTON to the screen as America’s favorite anti-hero, Willie Soke. Fueled by cheap whiskey, greed and hatred, Willie teams up once again with his angry little sidekick, Marcus (TONY COX), to knock off a Chicago charity on Christmas Eve. Along for the ride is ‘the kid’ – chubby and cheery Thurman Merman (BRETT KELLY), a 250-pound ray of sunshine who brings out Willie’s sliver of humanity.

‘Mommy issues arise when the pair are joined by Academy Award®, Golden Globe and Emmy-winner KATHY BATES, as Willie’s horror story of a mother, Sunny Soke. A super butch super bitch, Sunny raises the bar for the gang’s ambitions, while somehow lowering the standards of criminal behavior. Willie is further burdened by lusting after the curvaceous and prim Diane, played by Emmy Award-nominee CHRISTINA HENDRICKS, the charity director with a heart of gold and libido of steel.’

The film will be in cinemas towards the end of the year. END_OF_DOCUMENT_TOKEN_TO_BE_REPLACED

Sandra Bullock returns with Our Brand Is Crisis, where she teams up with director David Gordon Green for a spot of political satire, based on a documentary about the 2002 Bolivian presidential elections. The trailer certainly suggests democracy isn’t always the straight-forward and fair system we’d like to think it is.

Here’s the synopsis: ‘A Bolivian presidential candidate failing badly in the polls enlists the firepower of an elite American management team, led by the deeply damaged but still brilliant strategist “Calamity” Jane Bodine (Bullock). In self-imposed retirement following a scandal that earned her nickname and rocked her to her core, Jane is coaxed back into the game for the chance to beat her professional nemesis, the loathsome Pat Candy (Billy Bob Thornton), now coaching the opposition.

‘But as Candy zeroes in on every vulnerability – both on and off the campaign trail – Jane is plunged into a personal crisis as intense as the one her team exploits nationally to boost their numbers. Dramatic, rapid-fire and laced with satire, “Our Brand is Crisis” reveals the cynical machinations and private battles of world-class political consultants for whom nothing is sacred and winning is all that matters.’

The film is due out later this year. END_OF_DOCUMENT_TOKEN_TO_BE_REPLACED

The movie’s US release has just been moved to early October, with a November 8th UK release currently set. END_OF_DOCUMENT_TOKEN_TO_BE_REPLACED

With the 50th anniversary of JFK’s assassination coming up in November, it’s little surprise a movie like Parkland is due out soon, which focusses on the hospital the President was taken to after he was shot by Lee Harvey Oswald (and where Oswald went when he was killed).

The movie has a great cast including Paul Giamatti, Colin Hanks, Zac Efron, Billy Bob Thornton, Jacki Weaver, Marcia Gay Harden, many of whom are included in the first pics from the film, which have arrived courtesy of USA Today.

The movie is out in the US September 20th, with a November 8th UK release currently set.

The cast of The Judge is fast coming together. For a long time it was just Robert Downey Jr. attached, while they tried to get Jack Nicholson to star alongside him. However with Jack passing on the film, in the last few days they’ve added Robert Duvall, Vincent D’Onofrio and now Variety reports that Billy Bob Thornton is in talks to sign on for the film.

The Judge is about a lawyer (Downey Jr.) who reluctantly returns to his hometown after being away for decades, in order to attend his mother’s funeral. When he arrives, he discovers that his estranged and elderly judge father (Duvall) is suspected of killing her. He has to work to prove his dad’s innocence, which allows the two of them to bond in a way they never have before.

If he does sign on, Thornton will play the prosecutor brought in to try Duvall’s character. D’Onofrio is set for the role of Downey Jr’s older brother, who like his father has also been estranged from his sibling. 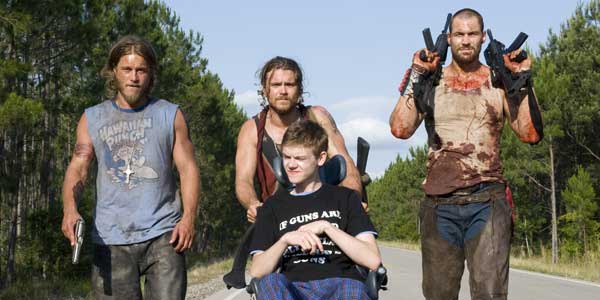 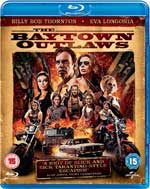 Your enjoyment of The Baytown Outlaws is likely to be directly proportional to how much you like watching assholes (of the figurative not literal kind). There is pretty much nobody in The Baytown Outlaws that could be considered a nice person, and indeed the lead trio are in some respects the worst of the bunch, with their only redeeming feature being that we stick around them long enough to discover there is some humanity under the Southern redneck violence and willingness to kill absolutely anybody without a second thought. END_OF_DOCUMENT_TOKEN_TO_BE_REPLACED

Crazy Heart helmer Scott Cooper signed up to direct Out Of The Furnace well over a year ago, and even by that point the script had been doing the rounds for quite a while, going through the hands of Ridley Scott and others. However now things are finally coming together, with Cooper busy putting the cast together.

Christian Bale and Zoe Saldana are already attached, and now Deadline reports that Billy Bob Thornton and Forest Whitaker are in talks to join them, playing lowlife characters. The movie is about an ex-con (Bale) who goes on a vengeful rampage right after his release from prison, in order to avenge the murder of his younger brother. Saldana is set to play Bale’s long-suffering girlfriend. Viggo Mortensen was said to be in line for the main villain role, but he’s now apparently passed, as that’s the part Thornton is being lined up for, while Whitaker will be a sleazy bookie.

Scott Cooper (Crazy Heart) is directing Out of the Furnace from his own script, which is based on Brad Ingelsby’s screenplay, The Low Dweller. Production is due to start fairly soon, as Bale wants to slot it in before he sets off on a promotional press tour for The Dark Knight Rises, and then goes to work for Terrence Malick on a couple of movies.

Set before Puss met his ogrish pals, the film sees the well-shod feline as an outlaw who discovers the dastardly Jack & Jill have the magic beans he’s been looking for most of his life. When he tries to steal them, he’s interrupted by another cat who on the outside of the law, Kitty Softpaws, who turns out to be allied to Puss’ old pal Humpty Dumpty. However Puss and Humpty have long been estranged, as despite growing up together in an orphanage, Puss blames Humpty for making him an outlaw when he got him involved in a robbery he knew nothing about. END_OF_DOCUMENT_TOKEN_TO_BE_REPLACED