Jennifer Lawrence worked with director Francis Lawrence on Hunger Games: Catching Fire and Mockingjay. Now they’re reteaming for something rather different, with Lawrence playing a Russian spy in Red Sparrow

Here’s the sysopsis: ‘Dominika Egorova (Jennifer Lawrence) is drafted against her will to become a “sparrow,” a trained seductress in the Russian security service. Dominika learns to use her body as a weapon, but struggles to maintain her sense of self during the dehumanizing training process. Finding her power in an unfair system, she emerges as one of the program’s strongest assets. Her first target is Nate Nash (Joel Edgerton), a CIA officer who handles the agency’s most sensitive infiltration of Russian intelligence. The two young operatives fall into a spiral of attraction and deception, which threatens their careers, allegiances and the security of both countries.

The film is due out March 2018. END_OF_DOCUMENT_TOKEN_TO_BE_REPLACED

A Bigger Splash certainly has a great cast, with Tilda Swinton, Ralph Fiennes, Dakota Johnson, & Matthias Schoenaerts seek seclusion coming together for a film described as ‘an impeccably stylish tale of love, beauty, desire, sexuality; people who in trying to retreat from their world, only find it encroaching further upon them.’

Here’s the synopsis: ‘Rock legend Marianne Lane is recuperating on the volcanic island of Pantelleria with her partner Paul when iconoclast record producer and old flame Harry unexpectedly arrives with his daughter Penelope and interrupts their holiday, bringing with him an A-bomb blast of nostalgia from which there can be no rescue.’

The movie will receive a BFI London Film Festival gala screening at The Odeon Leicester Square on October 9th, with a February 2016 UK release planned. Take a look at the trailer below. END_OF_DOCUMENT_TOKEN_TO_BE_REPLACED

It’s 17th Century France and King Louis XIV (Alan Rickman) is on the throne. He wants a revamp of the Versailles gardens and hires architect Andre Le Notre (Matthias Schoenaerts) to build it. However, he needs help from a landscape artist and so brings in widower Sabine De Barra (Kate Winslet).

They have a few initial problems as he likes classical geometry and straight lines, while she is more forward-thinking and asymmetrical in her design (metaphor alert). Despite this, the two begin to fall for one another. This should be okay as Andre has an open marriage, however his wife (Helen McRory) isn’t keen on the feelings he develops for Sabine and plans to destroy what they are creating together. END_OF_DOCUMENT_TOKEN_TO_BE_REPLACED

Far From The Madding Crowd may be one of Thomas Hardy’s classics, but due to having to study it at school, I have a rather great dislike for it. However even so, the new film version Carey Mulligan, Matthias Schoenaerts, Michael Sheen and Tom Sturridge doesn’t look too bad.

The film is due out in the UK on May 1st, so should provide a bit of respite from the summer blockbuster overload. END_OF_DOCUMENT_TOKEN_TO_BE_REPLACED

Alan Rickman is a great actor, but now he’s turning director (technically for the second time after 1997’s The Winter Guest) and going period drama with A Little Chaos.

Here’s the synopsis: ‘A LITTLE CHAOS re-imagines the creation of the Rockwork Grove, one small element of the Sun King, Louis XIV’s building of the magnificent Palace of Versailles.

‘Madame Sabine De Barra (Kate Winslet) is an unlikely candidate for landscape architect of the still‐to-be-completed Palace of Versailles. She has little time for the classical, ordered designs of the man who hires her, the famous architect Le Nôtre (Matthias Schoenaerts). However, as she works on her creation, she finds herself drawn to the enigmatic Le Nôtre and forced to negotiate the perilous rivalries and intricate etiquette of the court of King Louis XIV (Alan Rickman). But Sabine is made of strong stuff; her honesty and compassion help her to overcome both the challenges of her newfound popularity, and an unspeakable tragedy from her past, to win the favour of the Sun King and the heart of Le Notre.’

A UK release is set for April 17th, 2015. END_OF_DOCUMENT_TOKEN_TO_BE_REPLACED

Having been forced to study it at school, I have an irrational hatred of Far From The Madding Crowd, but hopefully this new film version won’t be as tedious as the book (the 1967 movie with Julie Christie and Terence Stamp wasn’t bad, so there is hope).

It’ll be out in cinemas next Spring. END_OF_DOCUMENT_TOKEN_TO_BE_REPLACED

The movie is due out January 23rd 2015 in the UK. END_OF_DOCUMENT_TOKEN_TO_BE_REPLACED

Festen director Thomas Vinterberg has been planning a new version of Far From The Madding Crowd for quite a while now. He’s already lined up Carey Mulligan and Matthias Schoenaerts to star, and now Deadline reports they’ve been joined by Tom Sturridge (On the Road, The Boat that Rocked), who’s currently hot after a Tony-nominated run on Broadway in Orphans.

David Nicholls is writing the screenplay which is about headstrong farmer’s daughter Bathsheba Everdene (Mulligan), and her tumultuous love life, who must choose between three very different suitors, which involves a shepherd she initially dismisses, a dashing but duplicitous soldier, and a farm owner.

Athough Deadline say exactly which of those suitors Sturridge will play, we’re betting he’ll be the seemingly exciting Sergeant Frank Troy, who isn’t all he promises to be. 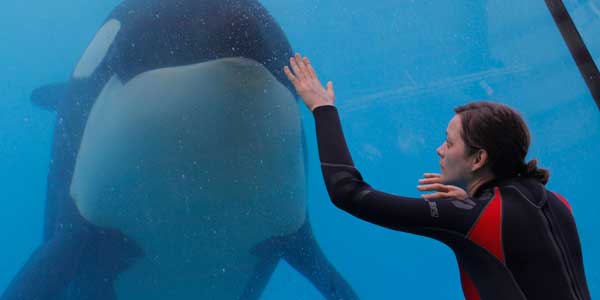 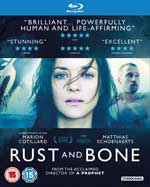 When Rust And Bone premiered at Cannes, the very first reviews suggested this wouldn’t just be the movie to beat at the Film Festival, but would also be in with a chance at the Oscars. However it quickly lost momentum, losing out at Cannes and not even getting a Best Foreign Language Film nomination at the Academy Awards.  The reason it hasn’t done as well as those ecstatic early reviews suggested is that it’s a bit of an audience divider, with some feeling it’s an emotionally involving masterpiece while others can’t quite get past the implausibility of its melodrama. END_OF_DOCUMENT_TOKEN_TO_BE_REPLACED

Belgian actor Matthias Schoenaerts has been having success over the last few months opposite Marion Cotillard in Jacques Audiard’s Rust & Bone, and now he’s got a new project up his sleeve, as the Daily Mail reports he’s joined the cast of Suite Francaise, which already has Michelle Williams and Kristin Scott Thoman attached to star.

The film is based on Irene Nemirovsky’s novel, which she wrote (but never completed) during World War II, shortly before she was arrested and taken to a concentration camp, where she died. The novel was finally published in 2004 and praised for its firsthand look at the ever-changing situation for French people as the Nazis took over.

Michelle Williams will play Lucille Angellier, a young woman in Nazi-occupied France who falls for a young German soldier (Schoenaerts) while her husband is off fighting the war. Her only escape is playing the piano, which piques the interest of the soldier who was a composer before the war. Scott-Thomas is set to play Lucille’s mother-in-law.

Saul Dibb (The Duchess) will direct, with production scheduled to begin next spring in London.