This could be one of the films that will be reaping in the nominations come awards seasons, if its backers get their way. With a prime November US release planned, it’s main issue may be if Hollywood voters see it as too critical of their industry.

Now we get our first taste with a trailer.

Here’s the synopsis: ‘The successful career of 1940s screenwriter Dalton Trumbo (Bryan Cranston) comes to a crushing end when he and other Hollywood figures are blacklisted for their political beliefs. TRUMBO (directed by Jay Roach) tells the story of his fight against the U.S. government and studio bosses in a war over words and freedom, which entangled everyone in Hollywood from Hedda Hopper (Helen Mirren) and John Wayne to Kirk Douglas and Otto Preminger.’

That’s a roundabout way of saying that in 1947, Trumbo was called before the House Un-American Activities Committee (HUAC) during their investigation into Communist influences in Hollywood. He refused to testify and ‘name names’, and subsequently became one of the ‘Hollywood 10′ screenwriters who were blacklisted by the studio system.

However he continued to write under pen names, winning two Oscars in the 1950s under other names for Roman Holiday and The Brave One. When he was hired to write Spartacus, Kirk Douglas insisted he be allowed to do so under his own name, which helped put an end to blacklist once and for all. END_OF_DOCUMENT_TOKEN_TO_BE_REPLACED

While Kung Fu Panda 2 didn’t do quite as well as DreamWorks Animation has hoped, they’ve moved forward with a third movie, and now the first trailer for the film has arrives, which you can see below.

Here’s the synopsis: ‘In 2016, one of the most successful animated franchises in the world returns with its biggest comedy adventure yet, KUNG FU PANDA 3. When Po’s long-lost panda father suddenly reappears, the reunited duo travels to a secret panda paradise to meet scores of hilarious new panda characters. But when the supernatural villain Kai begins to sweep across China defeating all the kung fu masters, Po must do the impossible—learn to train a village full of his fun-loving, clumsy brethren to become the ultimate band of Kung Fu Pandas!’

The film is due out March 2016. END_OF_DOCUMENT_TOKEN_TO_BE_REPLACED

There’s a ot of momentum behind marriage equality in the US, but that has inevitably resulted in a harsh (and sometimes nastily petty) backlash from some conservatives, such as Indiana’s so-called ‘Religious Freedom’ laws, and the fact more anti-LGBT legislation has been proposed in Texas this year than ever before.

One man who doesn’t have any time for this is Breaking Bad’s Bryan Cranston, who was caught by GLAAD on the red carpet of the premiere of Broadway’s Finding Neverland, where he was keen to say “I don’t understand why every person shouldn’t have the rights of any other person all the way down the line.”

He adds, “I’ve been a big supporter of gay rights for forever and I think it’s absurd that there’s still an issue about marriage. I mean, I think it’s insulting also to the gay community to have to constantly bring this up again and again. There are far more important issues to deal with. Let’s end this silliness, accept everyone for who they are and what they are, and embrace that and move on.”

He wasn’t the only one, as the likes of Ansel Elgort and Derek Hough also spoke of their support for marriage equality in GLAAD’s #GotYourBack campaign video, which you can take a look at below. END_OF_DOCUMENT_TOKEN_TO_BE_REPLACED

While working at a Japanese Nuclear Reactor in the late 1990s, Joe Brody (Bryan Cranston) lost his wife (Juliette Binoche) during a meltdown. However he’s never believed it was caused by an earthquake and has become obsessed with the idea that something is being hidden in the supposed disaster area. After recruiting his estranged son, Ford (Aaron Taylor-Johnson), they venture into the hot zone and discover that not only is there no radiation, but that an organisation called Monarch is hiding a pupating monster. END_OF_DOCUMENT_TOKEN_TO_BE_REPLACED 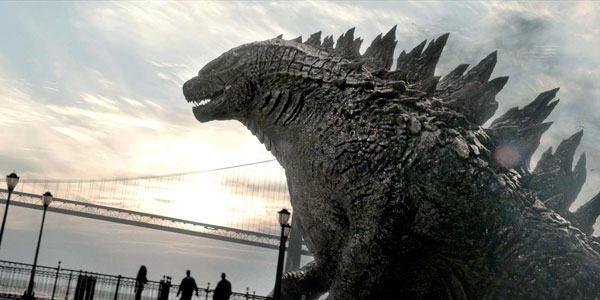 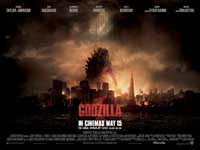 Gareth Edwards, who shot to fame as the director of the hugely successful Monsters, is behind the camera this time and has managed to breath fire into this dormant franchise. END_OF_DOCUMENT_TOKEN_TO_BE_REPLACED

Most of the marketing for Godzilla has been based around hiding the big beastie, but it appear audiences in Asia wouldn’t put up with any of that nonsense, and so this Asian trailer gives us our best look at the giant lizard yet – along with the other monsters that feature in the movie.

The film is out in May. END_OF_DOCUMENT_TOKEN_TO_BE_REPLACED

If you’re making a movie, it’s never a bad idea to cast Helen Mirren in it. The makers of the biopic Trumbo must think the same, as Variety reports the British actress is in talks for the movie, which is based on the life of Hollywood screenwriter Dalton Trumbo. Bryan Cranston is set for the title role.

Trumbo became one of the most respected and sought after screenwriters of the 1940s, earning his first Oscar nomination in 1941 for writing Kitty Foyle. However his illustrious came to an abrupt halt in 1947, when he was called before the House Un-American Activities Committee (HUAC) during their investigation into Communist influences in Hollywood. He refused to testify and ‘name names’, and subsequently became one of the ‘Hollywood 10’ screenwriters who were blacklisted by the studio system.

However he continued to write under pen names, winning two Oscars in the 1950s under other names for Roman Holiday and The Brave One. When he was hired to write Spartacus, Kirk Douglas insisted he be allowed to do so under his own name, which helped put an end to blacklist once and for all.

Cranston is playing Dalton Trumbo, with Helen Mirren in talks to play his wife, Cleo.

Jay Roach is set to direct from a script by John McNamara.

If something’s called an ‘Extended Look’, you’d expect it to be longer than a normal trailer, but this isn’t really. It does however feature a decent amount of rather cool new footage, which suggests this is going to be a big movie and a big monster.

I am slightly perplexed though, as Bryan Cranston starts shouting, ‘You’re hiding something out there’, and I’m not entirely sure how you hide something as enormous as Godzilla – he’s the size of a small country.

All will be explained (hopefully) when it hits UK cinemas on May 15th.

The marketing for Godzilla has traded on only showing us bit of pieces of the massive creature, with this new trailer being no exception. However we do get to see him shrouded in fog, as well as some sort of enormous flying beastie.

Of course there are also a few humans who have to deal with the legendary city-crusher, such as Aaron Taylor-Johnson, Elizabeth Olsen, Ken Watanabe and Bryan Cranston.

The film’s due in cinemas in May. END_OF_DOCUMENT_TOKEN_TO_BE_REPLACED