He may have come to the end of his time as Walter White in Breaking Bad, but it seems Bryan Cranston isn’t completely leaving darkly comic violence behind as it appears he and Edgar Ramirez are set to star in Holland, Michigan, for director for Errol Morris.

The documentarian turned feature director revealed the news during a Reddit AMA (via The Wrap), so there’s been no confirmation from the actors as yet, but Morris seems pretty sure.

The movie already has Naomi Watts set to star as a woman who is deeply wounded when she comes to believe her husband is cheating on her. To get revenge, she decides to begin an affair of her own, but eventually comes to believe that her husband isn’t sleeping with other people, he’s killing them. It appears Cranston will be the husband/killer, while Ramirez will be a co-worker who Watts’ character begins an affair with.

Andrew Sodroski wrote the screenplay, which featured on the Black List.

We’ve been waiting a very long time for Godzilla. It was in development for years with various directors coming and going. However now it’s only a few months away, and is bidding to be one of the big blockbusters of the summer on 2014.

Now ET Canada has taken a trip behind the scenes, with the help of one of the movie’s stars, Bryan Cranston.

It’s in cinemas in May. END_OF_DOCUMENT_TOKEN_TO_BE_REPLACED

Dalton was the highest-paid screenwriter of his era, earning an Oscar nomination for his screenplay Kitty Foyle. However, his career came crashing to a halt when he was called before House Un-American Activities Committee (HUAC), but refused to answer any questions about his political affiliations.

He was sent to prison and then became one of the infamous ‘Hollywood 10’, who were completely blacklisted from the studio system. Trumbo refused to give in and ended up winning two Academy Awards in the 1950s, for the classics Roman Holiday and The Brave One, which he wrote under pen names. He eventually launched a campaign to end the blacklist once and for all, going on to write other classics such as Spartacus, Exodus and Papillon. He died of lung cancer in 1976.

Jay Roach is set to direct from a screenplay by John McNamara, with filming planned for sometime next year.

Sony Pictures has picked up worldwide distribution rights to Tze Chun’s Cold Comes The Night, and with that news comes a trailer for the film, which stars Alice Eve (Star Trek Into Darkness), Bryan Cranston (Breaking Bad), and Logan Marshall-Green (Prometheus).

The film tells the story of a struggling motel owner (Eve) who, along with her daughter (Parker), is taken hostage by a career criminal (Cranston) as he attempts to retrieve his cash package from a crooked cop (Marshall-Green).  Everyone gets in over their heads, and a series of double-crosses leaves a string of dead bodies in this pulse-pounding story about desperation and survival.

The movie is due out in the UK in September.

While DreamWorks Animation has had a rather variable output record, one of the main bright spots (besides Shrek), has been Kung Fu Panda. We’ve already had one sequel and now another is on the way, with THR reporting that alongside franchise veterans Jack Black, Angelina Jolie and Seth Rogen, new characters will be voiced by Bryan Cranston, Mads Mikkelsen and Pitch Perfect star Rebel Wilson.

Unfortunately there’s no info on who the new actors will play as at the moment no plot info has been released. Safe to say though, Po the panda will be back trying to master martial arts, eat and much as he can and some sort of new threat will emerge which only him and his friends can sort out.

We won’t get to see the movie for a couple of year yet, as it’s not set for release until December 23rd, 2015.

Godzilla may have originally been Japanese, but up until now the cast circling the upcoming big budget reboot of the franchise has been resolutely Western. Now they’ve decided to remedy that, with Warner Bros issuing a press release confirming Ken Watanabe for the movie.

There’s still no word on the plot for  Max Borenstein, Frank Darabont and Dave Callaham script, although it will inevitably revolve around a giant lizard that comes out of the ocean and starts attacking cities. Director Gareth Edwards has promised a more grounded film that Roland Emmerich’s 1998 take on Godzilla, which sticks closer to its Japanese roots. 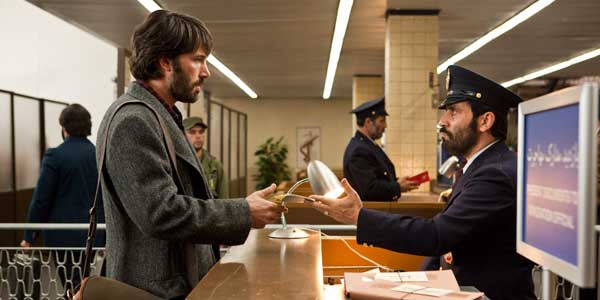 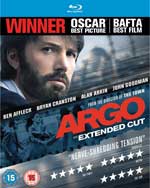 It was a real oversight on the part of the Academy, because it’s not like Ben Affleck’s direction is irrelevant to the movie’s success. Indeed it’s him probably more than anyone else who makes the film work. END_OF_DOCUMENT_TOKEN_TO_BE_REPLACED

While Godzilla has been in the works for a couple of years, it feels as if everything’s been put into a bit of a last minute rush, with Frank Darabont still rewriting the script and only one star attached at the moment – Aaron Johnson – even though production is supposed to start in Canada in March.

Now a couple more potential cast members are circling the project, with Variety reporting that Bryan Cranston and Elizabeth Olsen are in early talks to star in the movie. However, it’s unlikely that any deals will be finalised until the completed screenplay has been turned in – which certainly does leave everything until the last minute.

No character details or plot information has been released, so we don’t know who Cranston, Olsen, or indeed Aaron Johnson will be playing, although earlier info has said this plans to be a more ‘realistic’ take on the Godzilla idea. Gareth Edwards is directing, with a May 16th, 2014 release already set.

Len Wiseman was always going to face an uphill battle remaking Total Recall, as the moment the film was announced legions of fans of the 1990 Arnie movie rose up to denounce the very idea of a do-over. They quickly decided the entire thing would be a disaster, a feeling that deepened when it was announced Len Wiseman would direct (the naysayers concentrated on the fact he made the Underworld movies, not that he did a pretty good with Die Hard 4.0). On the plus side though, it did mean that all Wiseman had to do to beat many people’s expectations was produce a movie that wasn’t awful, and he’s just about managed to do that. END_OF_DOCUMENT_TOKEN_TO_BE_REPLACED

Disney’s big-budget sci-fi fantasy, John Carter, hits cinemas this Friday and to help prepare us, 10 minutes from the opening of the movie has popped up online, so we can see what happens to American Civil War veteran John before he gets mysteriously transported to Mars. Carter seems to be the very defnition of an angry young man, who isn’t having much fun in the Arizona territory, as while he’s looking for a cave full of gold, he’s got to deal with Bryan Cranston and his lovely blonde wig.