Back in late 2012 it was announced that Colin Firth and Michael Fassbender were set to star in Genius. The film is still in development, but Fassbender is no longer involved, with Deadline reporting Jude Law has taken over his role.

The film is based on A. Scott Berg’s book, Max Perkins: Editor of Genius, which concentrated on the life-changing friendship between iconic author Thomas Wolfe (Jude Law) and his longtime editor, Max Perkins.

Perkins is a bit of a legend in publishing, having helped discover authors such as F. Scott Fitzgerald and Ernest Hemingway.

Nicole Kidman is also attached, although it’s not clear who she’ll be playing.

Michael Grandage (The Madness of King George) is directing from a screenplay by John Logan (Skyfall). Filming she to kick off this autumn in the U.K.

How you react to Dom Hemingway is completely reliant of how you react to the title character. It’s easy to imagine that some will quickly be on his side, seeing him as a funny and entertaining wide-boy, but there will be plenty of others who will never be able get past the fact Dom is often a complete asshole.  It essentially depends on if you find the fact Dom thinks he’s a legend but is actually a mess is oddly charming and empathetic, or whether it just makes him a dick. END_OF_DOCUMENT_TOKEN_TO_BE_REPLACED

For a while Melissa McCarthy has been attached to the spy comedy Susan Cooper, which will reunite her with Bridemaids and The Heat director Paul Feig. More recently Jason Statham signed up to star. Now they have some company as Variety reports that Jude Law is set to join the film.

Not too much info has been released about the movie, other than that it’s about an unlikely female secret agent, played by McCarthy. Statham is a spy on the same side as the title character. There’s not a huge amount more info than that, although it’s previously been said that the film was inspired by the grittiness of Casino Royale, even if it gives a more comedic spin to things.

There’s no news on who Jude Law will play.

Paul Feig is directing from his own original screenplay. Shooting it expected to start this spring, once McCarthy has completed the latest season of Mike & Molly.

While Wes Anderson’s is a bit of a love him or be bored by him director, there’s no doubt a lot of people adore his quirky, eccentric movies – and that includes a lot of famous names, who are happy to show up to appear in his flicks. Indeed, he’s almost got his own repertory company with names such as Owen Wilson, Bill Murray and Ed Norton, who are all back for The Grand Budapest Hotel.

Here’s the synopsis: ‘THE GRAND BUDAPEST HOTEL recounts the adventures of Gustave H, a legendary concierge at a famous European hotel between the wars, and Zero Moustafa, the lobby boy who becomes his most trusted friend. The story involves the theft and recovery of a priceless Renaissance painting and the battle for an enormous family fortune — all against the back-drop of a suddenly and dramatically changing Continent.’

It’s due out early next year. END_OF_DOCUMENT_TOKEN_TO_BE_REPLACED

It feels like Dom Hemingway filmed an awfully long time ago, but it’s only now that we’re getting the first trailer for the film. And to make up for the wait, they’ve include a little Jude Law butt in the promo!

Jude Law plays Dom Hemingway, a larger-than-life safecracker with a loose fuse who is funny, profane, and dangerous. After twelve years in prison, he sets off with his partner in crime Dickie (Richard E. Grant) looking to collect what he’s owed for keeping his mouth shut and protecting his boss Mr. Fontaine (Demián Bechir). After a near death experience, Dom tries to re-connect with his estranged daughter (Emilia Clarke), but is soon drawn back into the only world he knows, looking to settle the ultimate debt.

It’ll be in UK cinemas on November 15th. END_OF_DOCUMENT_TOKEN_TO_BE_REPLACED 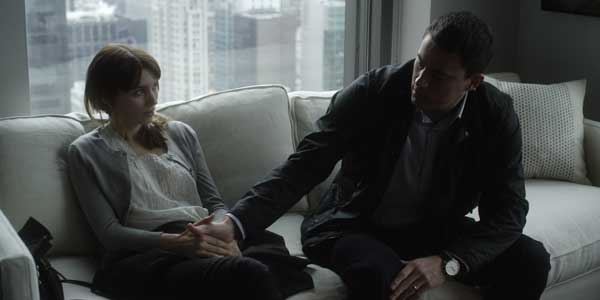 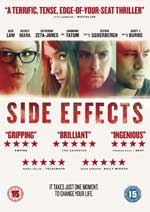 I don’t think they did the early marketing of Side Effects very well, particularly in the US, as it was presented as if this was in the vein of Steven Soderbergh’s ensemble tales like Traffic and Contagion, but this time taking on the pharmaceutical industry. However it isn’t anything really like them – although it rather deliberately starts out like them and retains a streak of questioning our love of prescription drugs – as this is really a full-on twisty, turny thriller designed to keep you guessing as to what’s really going on. END_OF_DOCUMENT_TOKEN_TO_BE_REPLACED

Jude Law seems to be making leaving movies he was attached to a bit of a theme at the moment, as he joined and left Jane Got A Gun within a week last month, and now he’s left behind Werner Herzog’s upcoming Gertrude Bell biopic Queen of the Desert, according to Deadline. Herzog may have already found a replacement though in the form of James Franco.

The true story film stars Naomi Watts as Gertrude Bell, an explorer, writer, archaeologist and attaché for the British Empire, who is credited with helping to catalyse the formation of the Middle East at the dawn of the 20th Century. She’s been described as the female Lawrence of Arabia, although the film will also include the real T.E. Lawrence, played by Robert Pattinson. There’s no news on exactly what the role Franco is up for will be.

Law dropped out a few months ago so that he could do the play Henry V, which caused Queen Of The Desert to come to a halt, but getting Franco onboard will hopefully start it back up again.

Hopefully the musical chairs cast and directing problems with Jane Got A Gun have come to an end, with Bradley Cooper stepping in to replace Jude Law in the Western, according to Variety. Jude Law dropped out of the project last month, just one day after original director Lynne Ramsay abruptly left the project on the first day of shooting.

Jude Law himself was a last-minute replacement, boarding the project last month to take over for Michael Fassbender. Jude Law left after Lynne Ramsay departed as he’d only joined the project so that he could work with her.

Gavin O’Connor (Warrior) has taken over in the director’s chair working from a screenplay by Brian Duffield. The movie is about Jane (Natalie Portman), a young wife whose husband comes home riddled with bullet wounds, clinging on to dear life. She seeks the help of an ex-lover (Joel Edgerton) when the outlaw (Bradley Cooper) who shot her husband comes back to finish off the job.

Bradley Cooper is currently shooting David O. Russell’s next movie, and will shoot his Jane Got a Gun scenes once he’s completed that.

As we reported yesterday, there was plenty of drama on the set of Jane Got A Gun on Tuesday, when director Lynne Ramsay didn’t show up to shoot the movie. That set off a mad scramble to find a replacement. The producers have now found one as Warrior director Gavin O’Connor has officially replaced Lynne Ramsay as the director on the troubled Western.

Ramsay apparently fled without notice after a week of clashing with producer Scott Steindorff. It is not known what the fight was over.

The ructions have also now caused the departure of star Jude Law, according to Deadline. He only signed up last week, but has now left as he specifically signed on to work with Ramsay. It’s been a slight case of musical chairs in the last few weeks, as Michael Fassbender had to drop out due to a scheduling conflict with X-Men: Days of Future Past. Joel Edgerton, who was already cast in a different role, took Michael Fassbender’s role, with Jude Law taking Joel Edgerton’s place.

Now that Gavin O’Connor has signed up, it’s hoped shooting can commence in the next couple of days. Natalie Portman stars in the Western, which is about a wife whose husband coming home riddled with bullet wounds. She enlists the help of an ex-lover to help defend her land when the gang of outlaws who shot her husband return to finish him off. Rodrigo Santoro also star.

While actors and directors come and go from movies all the time before they start shooting, it’s very unusual for a director simply to not turn up for the first day of shooting. However that’s what’s happened with Jane Got A Gun, as while the cast and crew assembled yesterday to make the movie in Arizona, director Lynne Ramsay (We Need To Talk About Kevin) didn’t show up. It was later confirmed that she had dropped out.

The film’s producers, including star Natalie Portman are currently scrambling to find a replacement. Here’s what fellow producer Scott Steindorff had to say in a statement, “I have millions of dollars invested, we’re ready to shoot, we have a great script, crew and cast. I’m shocked and so disappointed someone would do this to 150 crew members who devoted so much time, energy, commitment and loyalty to a project, and then have the director not show up. It is insane somebody would do this to other people. I feel more for the crew and their families, but we are keeping the show going on, directors are flying in, and a replacement is imminent.”

The producer also added that he has retained celebrity lawyer Marty Singer to explore legal ramifications of Ramsay’s actions. “She was pay or play [meaning she’d be paid even if the movie wasn’t made], and Marty Singer has been retained. My focus is on making this movie, but I will protect all my rights. This comes down to an irresponsible act by one person.”

Natalie Portman, Joel Edgerton, Jude Law, and Rodrigo Santoro are all set to star in this Western, written by Brian Duffield. It’s about a wife (Natalie Portman) whose husband returns home, barely alive after being shot eight times. She seeks the help of an ex-lover to defend her home when the gang of outlaws who shot her husband comes to finish what they started

Instead of shooting as planned on the Santa Fe, New Mexico set yesterday, the cast and crew spent the day rehearsing. The producers plan on keeping the film afloat until a new director can be found. It’ll also be interesting to see if Ramsay is ever given funding to make a movie again. (Source: Deadline)