Reese Witherspoon already has an Oscar for Walk The Line, but it seems like she wants to try for another as she’s in talks to take the lead role in Philippe Falardeau’s indie drama, The Good Lie, according to Variety.

The movie is about a young refugee from the Sudanese Civil War who wins a lottery for relocation to the United States with three other lost boys (children who were dislocated during the war after many people were killed and hundreds of villages burned).

They develop an unlikely friendship with a brash American woman (Witherspoon) who is assigned to help them. However, the young man struggles to adjust to his new life and his feelings of guilt about the brother he left behind.

Margaret Nagle, who wrote the script, has been trying to get a film made highlighting the plight of the lost boys of Sudan for over a decade, but previous attempts have fallen apart. She’ll be hoping she has more luck this time and that securing Witherspoon with help ensure a greenlight.

Since The Girl with the Dragon Tattoo, David Fincher has been busy putting together the Netflix TV show House Of Card. He’s also been developing a big budget take on 20,000 Leagues Under The Sea for Disney, although the studio is yet to decide if it wants to make the film.

Now Variety reports that he’s in talks to direct a movie he can make if 20,000 leagues doesn’t come off – 20th Century Fox’s adaptation of Gillian Flynn’s novel, Gone Girl. The film is about a woman who disappears without a trace on her fifth wedding anniversary, with her husband being sought as the prime suspect in the missing persons case.

Reese Witherspoon is set to produce, although it isn’t known if she will also star. Fox paid seven figures to acquire the novel, beating out Universal Pictures in a bidding war. Getting Fincher onboard should ensure they get something very stylish. Assuming he does sign on, we’ll have to wait and see whether 20,00 Leagues or Gone Girl comes first.

Reese Witherspoon wants to go on a bit of a trek, as she’s now set to play hiker Cheryl Strayed in the adaptation of her memoir, Wild. Witherspoon, who will also produce, has handpicked novelist Nick Hornby to pen the adapted screenplay, according to Deadline.

Strayed’s book is about her 1100-mile hike along the Pacific Crest Trail from the Mojave Desert through California and Oregon to Washington State. With no experience, she succeeded in her lengthy trek and managed to get her life back together in the process. She was going through the death of her mother and the break-up of her marriage at the time.

Witherspoon commented on hiring Nick Hornby, “Nick’s innate blend of humanity and humor are a perfect match for Cheryl’s raw emotional memoir. I look forward to collaborating with both of these talented writers to create a film full of honesty, adventure and self discovery.”

Hornby meanwhile what this to says, “I loved Cheryl Strayed’s memoir. It’s moving, funny, painful and brave, and the moment I’d finished it I wanted someone to let me have a go at adapting it, because it was clear to me that it could make a wonderful movie. I’m thrilled to be given the chance; the fact that this chance was given to me by Reese Witherspoon, a great actress who feels exactly the same way about the book as I do, makes this project all the more exciting.”

The film will shoot next year.

Reese Witherspoon is planning on dating a gay person, at least on screen (and in many a gay man’s desperate wishes, that’s what she was doing with Jake Gyllenhaal too), as she’s signed on for a romantic comedy called The Beard, according to THR.

The title refers to someone who acts as a date for a gay person so that they appear to be straight. There’s not much more info about the movie than that, but we’d be willing to bet the plot will see Reese getting into all manner of confusion when she agrees to publicly be a gay guy’s date, but then meets the man of her dreams.

Witherspoon is currently shooting Devil’s Knot, Atom Egoyan’s take on the West Memphis Three murder case. She will also produce The Beard, although there’s no info on when it might shoot. 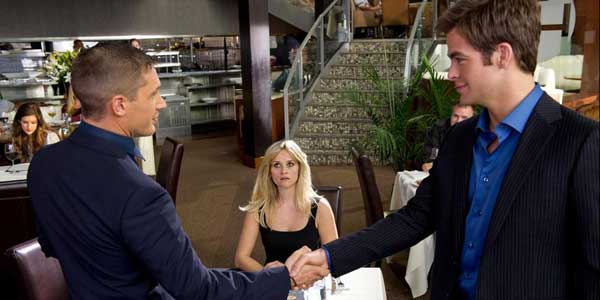 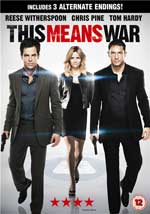 However it wasn’t the lazy exposition (something the film loves to engage in) that made me realise that behind the fireworks there wasn’t much going on in This Means War, it was because the scene was set up so that the two women were doing their entire supermarket shop based on what was on the end of the aisles. They picked out detergent, looked at special offers and neither of them seemed to need anything that wasn’t right there in front of them. END_OF_DOCUMENT_TOKEN_TO_BE_REPLACED

Ever since the West Memphis Three were released from prison, it’s been known that The Sweet Hereafter helmer Atom Egoyan has been working on a movie about the case. Reese Witherspoon and Colin Firth are already attached to star in the film, and Deadline reports that they’ve now been joined by The Killing actress Mireille Enos.

Egoyan is working from a script written by The Exorcism Of Emily Rose’s Scott Derrickson and Paul Boardman, about the West Memphis 3, who were convicted of the murder of three young boys in Arkansas in the mid 90s.

However even before they were convicted there were accusations of the investigation being bungled and the men being railroaded. The youths were accused of murdering the boys in a Satanic ritual, with many suspecting they had just been caught up in a panic over Satanism that was sweeping the US (and other parts of the world) at the time, with the evidence made to fit what the prosecutors wanted it to, rather than what it did.

After years of campaigning, high-profile documentaries (particularly Paradise Lost and its sequel, which had a huge impact on the case), the three men were finally released – although it should be noted that it was part of a plea deal and they weren’t exonerated. Enos will be Vicki Hutcheson, who becomes an important witness in the case and was a link between two of the boys.

While Enos has had plenty of praise for The Killing, her star is likely to rise soon due to her roles in Gangster Squad and World War Z.

Paul Feig had a huge hit directing Bridesmaids, but while he’s attached himself to a few films he’s taken his time deciding what to make next. However it appears he’s now made up his mind as THR reports he’s signed up to helm of Disney’s Wish List, which is likely to be his next movie.

Reese Witherspoon signed up to star in the film a few months ago, and will play an ambitious career woman who lost her inner child when she was young due to ten wishes never coming true. It turns out that the coin upon which she wished got stuck in the wishing well and never reached the bottom. When the coin suddenly becomes dislodged and floats to the bottom of the pool, the 30-year-old uptight professional must deal with all ten childhood wishes coming true, all at the same time.

Wish List was originally written for a male lead, but is being retooled for Witherspoon. Kung Fu Panda 2 scribes Glenn Berger and Jonathan Aibel are behind the screenplay. Feig will shoot the movie later this year.

Jake Kasdan had a big success last year with Bad Teacher, and now it appear his next move will be to make a sex tape with Jason Segel, and possibly Reese Witherspoon too. Variety reports Kasdan has signed on to helm Sex Tape, taking over from Nick Stoller (Forgetting Sarah Marchall), who was previously attached to direct, before bowing out due to scheduling conflicts.

The movie is about a married couple who decide to spice up their love life by making a sex tape. Unfortunately for them, they discover the next morning that the tape has gone missing and so go on a mad dash to recover it. 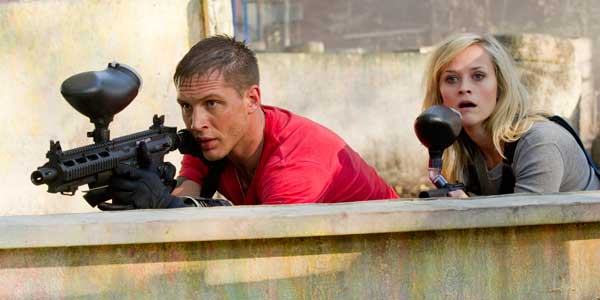 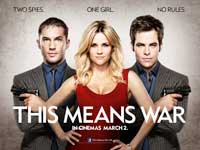 However it wasn’t the lazy exposition (something the film loves to engage in) that made me realise that behind the fireworks there wasn’t much going on in This Means War, it was because the scene was set up so that the two women were doing their entire supermarket shop based on what was on the end of the aisles. They picked out detergent, looked at special offers and neither of them seemed to need anything that wasn’t right there in front of them. END_OF_DOCUMENT_TOKEN_TO_BE_REPLACED

Ryan Murphy has plenty of experience with musical comedy as the creator of Glee, and now he’s joining forces with Sony Pictures for a musical called One Hit Wonders, which Deadline reports has Gwyneth Paltrow, Reese Witherspoon, Cameron Diaz, Beyoncé Knowles, and Andy Samberg attached to star.

The film is about three singers (Paltrow, Witherspoon, and Diaz), who each had hit singles in the 1990s, although their careers fizzled shortly thereafter. They decide to jump-start their careers once more by combining to form a super group. No character details were given for Beyoncé Knowles and Andy Samberg’s parts, although Samberg will be involved in generating the music for the movie with his Lonely Island cohorts.

Ryan Murphy will direct One Hit Wonders from a script he is co-writing with his Glee collaborators Brad Falchuk and Ian Brennan. Murphy wants to start production on One Hit Wonders after he wraps on his next project, The Normal Heart, which is due to shoot this spring.